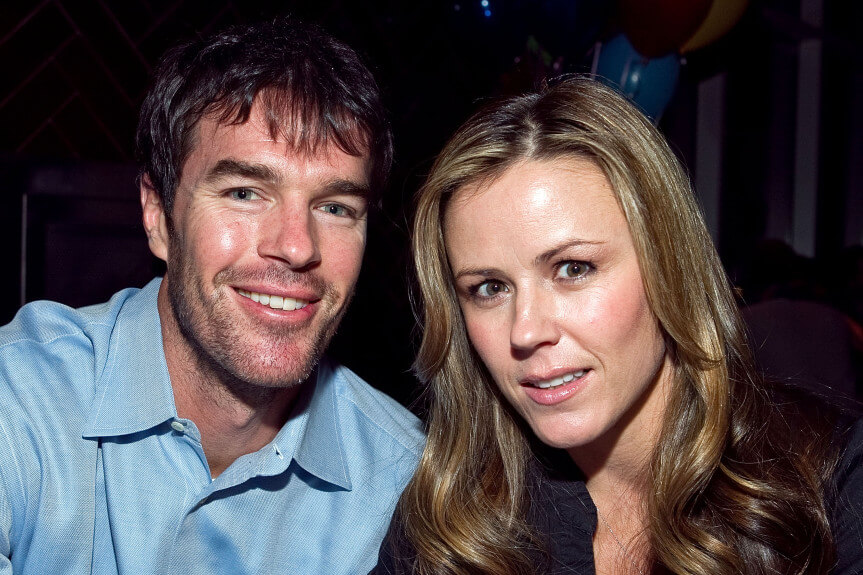 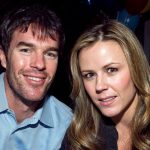 The first “Bachelorette” Trista Sutter continues to live with unanswered questions about her health, after suffering some kind of seizure while vacationing with her family in Croatia last month.

The 44-year-old mother of two opened up about her heath scare in an interview Tuesday morning on ABC’s “Good Morning America.” With her husband Ryan Sutter by her side, she said she had no symptoms of illness before the seizure. She said she has enjoyed a healthy and active lifestyle. Her only health problems, if you can call them that, have been the occasional headache.

The seizure happened in early June when Trista was on tour of the Eastern European nation with Ryan and their two kids, Max, 9 and Blakesley, 8. Trista and Ryan met when the Colorado firefighter was a contestant on the inaugural season of “The Bachelorette” in 2003.

The seizure came on suddenly and without any kind of warning, Trista said in the “Good Morning America” interview.

“All I remember was feeling very dizzy and nauseous, and the next thing I knew, I was in this dream. The only way I can describe it is was like a white euphoria,” Trista said.

Ryan, a trained EMT, knew how to deal with this medical emergency, though he admitted that seeing his wife in this position was terrifying.

“I was checking her pulse,” he said. “She was shaking and stiff. Her eyes were wide open … rolled back in her head, looking sort of up. She wasn’t breathing. She was turning sort of blue.”

Trista was rushed to a hospital in Croatia where she underwent various tests. She told ABC News that doctors did not find anything conclusively wrong with her, but warned her not to drive until she consults a neurologist in the U.S.

Now back home, Trista said she is planning to see a specialist.

In the meantime, the health scare has changed her life. “I mean I got up this morning — and I thought, ‘I need to go to the grocery store’ — and then I’m like, ‘Oh I can’t drive.’ Because God forbid, I have another seizure or event in the car. And I could kill someone, I could kill myself. I could kill my kids,” she said. “I have to have a new perspective in order to keep me and my family and everyone around me safe.”

Trista became a beloved member of Bachelor Nation when she originally competed on the first season of “The Bachelor” in 2002. She was such a fan favorite that ABC built a spin-off around her. As the first “Bachelorette,” Trista, nee Rehn, met Ryan and they married later that year.

Trista shared the news of her medical emergency via an Instagram post last month, which included a photo of herself lying in a hospital bed in Croatia, with an IV visible and patches on her chest.

It is true that seizures have a number of causes and not all of them indicate a serious medical condition, according to the website WebMD.

Seizures occur when there’s abnormal electrical activity in the brain, and they may go virtually unnoticed and be a one-time event or may be repeated and be severe enough to cause a loss of consciousness and involuntary muscle spasms called convulsions, according to WebMD.

Recurrent seizures are called epilepsy, or a seizure disorder. Fewer than one in 10 people who has a seizure develops epilepsy.

As was Trista’s experience, it’s often hard to pinpoint a cause, but many conditions can provoke seizures. They include: stroke; brain tumors; head injuries; electrolyte imbalance; very low blood sugar; repetitive sounds or flashing lights, such as in video games; medications, such as antipsychotics and some asthma drugs; withdrawal from drugs or alcohol; abuse of drugs; cancer; and infections, such as meningitis.

While Trista may never know what caused her seizure or whether it will happen again, the event has made her vow to make some lifestyle changes and to not let stress get to her.

“You do tend to just get wrapped up in daily life,” she said on “Good Morning America.” “I want to be able to live my life fully and as best as I can without getting caught up in the minutia, you know, and the drama and the negativity. If there’s any negativity, I wanna instantly, you know, shoo it away.”

“Life is fragile,” she concluded. “It’s precious. And you need to take time and enjoy it and the people around you.”