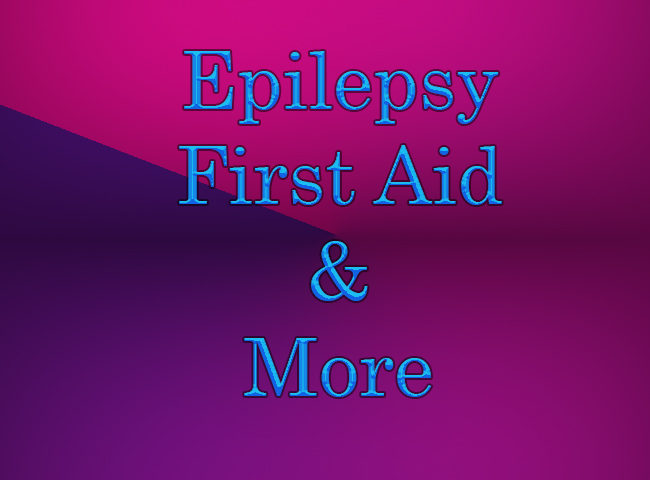 Epileptic seizures are the eighth most common emergency to which first aid professionals respond, accounting for almost 5% of all emergency calls

Epileptic seizures and convulsive emergencies: what they are and how to deal with them

An epileptic seizure is a period of uncontrolled electrical activity in the brain.

It can cause a range of outward symptoms, including: convulsions, minor physical signs, thought disturbances or a combination of symptoms.

The type of symptoms and seizure depends on the location in the brain of the abnormal electrical activity, the cause of the electrical disturbance and other factors such as the patient’s age and general health.

Seizures can be caused by a wide range of conditions, including:

In 70 percent of seizure cases, it is not possible to find a cause for epilepsy, although genetic factors are likely to play a role.

What is an epileptic seizure?

An epileptic seizure is a period of excessive and abnormal brain activity.

In most cases, a seizure lasts less than 2 minutes and the affected person needs some time to return to normal: usually 3 to 15 minutes, but it can take hours.

Seizures can be provoked or unprovoked

A provoked seizure is the result of a temporary event, such as low blood sugar, alcohol withdrawal, alcohol abuse along with prescription drugs, low blood sodium, fever, brain infection or concussion.

Unprovoked seizures may occur without a known or identifiable cause and are likely to be recurrent.

This type of seizure may be triggered by stress or sleep deprivation.

Diseases of the brain in which at least one seizure has occurred and the risk of recurrent seizures is known as epilepsy.

Any seizure lasting more than a short period is a medical emergency.

Any seizure lasting more than five minutes must be treated as an epileptic state, resulting in permanent brain damage or death.

The first seizure that occurs usually does not require long-term treatment with anti-epileptic drugs, unless a specific problem is found on an electroencephalogram (EEG) or brain imaging machine.

Generally, it is safe to complete the work-up for a single first-onset seizure as an outpatient treatment.

However, in many cases, what appears to be the first seizure was in reality preceded by other minor seizures that went unrecognised.

Signs and symptoms of epileptic seizures

The signs and symptoms of epileptic seizures vary depending on the type of seizure. The most common type of seizure is the convulsive seizure (60 per cent).

Two-thirds of this type of seizure begin as focal seizures and become generalised, while one-third begin as generalised seizures. The remaining 40% of seizures are non-convulsive.

These may include sensory, visual, psychic, autonomic, olfactory or motor phenomena.

In a complex partial seizure, a person may appear confused or dazed and cannot respond to questions or directions.

Jerky activity may begin in a specific muscle group and spread to surrounding muscle groups, known as a Jacksonian march.

Unusual activities that are not consciously created can also occur: these are known as automatisms, which include simple activities such as smacking the lips or more complex ones such as trying to pick something up.

What are the different types of seizures?

Tonic-clonic seizures present with a contraction of the limbs followed by their extension and arching of the back for 10-30 seconds.

A cry may be heard due to the contraction of the chest muscles.

The limbs then begin to tremble in unison.

Once the shaking stops, it can take 10-30 minutes for the person to return to normal.

The person may turn blue if breathing is impaired.

Clonic seizures involve shaking of the limbs in unison.

Myoclonic crises involve muscle spasms in a few areas or generalised throughout the body.

Absence seizures may be imperceptible, with only a slight head movement or blinking.

Often the person does not fall and can return to normal immediately after the end of the seizure, although a period of post-stroke disorientation may occur.

Atonic seizures involve the loss of muscle activity for more than one second. They usually occur bilaterally (on both sides of the body).

How long do seizures last?

A seizure can last from a few seconds to more than five minutes, which is known as status epilepticus.

What is the post-epileptic period?

After the active part of a seizure, there is usually a period of confusion called the post-ictal period, before a normal level of consciousness returns.

This period usually lasts three to 15 minutes, but can last for hours.

Other common symptoms are a feeling of tiredness, headaches, difficulty speaking and abnormal behaviour.

Psychosis after a seizure is relatively common and occurs in 6 to 10 per cent of people.

People often do not remember what happened during this period.

What are the causes of an epileptic seizure?

About 25 per cent of people who experience seizures have epilepsy.

Several conditions are associated with seizures, but are not caused by epilepsy.

These include most febrile seizures and those occurring in the vicinity of an acute infection, stroke or toxicity.

These seizures are known as ‘acute symptomatic’ or ‘provoked’ seizures and are part of seizure-related disorders.

In many cases, the cause is unknown.

These are the different causes of epileptic seizures common to certain age groups:

Dehydration can trigger seizures if it is severe enough.

Several metabolic disorders can cause seizures, including:

Cavernoma and arteriovenous malformation are treatable medical conditions that can cause seizures, headaches and bleeding in the brain.

Abscesses and brain tumours can cause seizures of varying frequency, depending on their location in the cortical region of the brain.

The most common drugs that cause seizures are:

Withdrawal crises, or delirium tremens, commonly occur after prolonged use of alcohol or sedatives.

Infections cause many cases of seizures and epilepsy, especially in Third World countries.

Stress can cause seizures in people with epilepsy.

It is also a risk factor for the development of epilepsy.

The severity, duration and timing of stress during development contribute to the frequency and susceptibility of developing epilepsy.

It is one of the most frequently reported triggering factors by patients with epilepsy.

Stress triggers a release of hormones that mediate the effect of stress on the brain.

These hormones act on both excitatory and inhibitory neural synapses, causing overexcitation of neurons in the brain.

Other causes of an epileptic seizure

Epileptic seizures can occur as a result of a number of conditions or triggers, including

When to call the Emergency Number in case of a seizure

How to treat epileptic seizures

When most people think of an epileptic seizure, they think of a generalised tonic-clonic seizure, called a grand mal seizure.

In this type of seizure, the person may scream, fall, tremble or shake and not be aware of what is happening around them.

(This position is not necessarily used by health workers, who have access to more advanced airway management techniques, such as tracheal intubation).

What NOT to do in case of an epileptic seizure:

How do rescuers and paramedics treat epileptic seizures in the US?

For all clinical emergencies, the first step is a rapid and systematic assessment of the patient. For this assessment, most rescuers use the ABCDE approach.

The ABCDE approach (Airway, Breathing, Circulation, Disability, Exposure) is applicable in all clinical emergencies for immediate assessment and treatment. It can be used on the street with or without equipment.

It can also be used in a more advanced form where emergency medical services are available, including emergency rooms, hospitals or intensive care units.

NASEMSO maintains these guidelines to facilitate the creation of clinical guidelines, protocols, and operating procedures for state and local EMS systems.

These guidelines are evidence-based or consensus-based and have been formatted for use by EMS professionals.

The guidelines include the following assessment:

What is the rescuers’ protocol for convulsive emergencies?

Protocols for pre-hospital treatment of seizures vary by provider, country and may also depend on the patient’s symptoms or history.

Below are the US Epilepsy Foundation’s prehospital treatment protocols.

Proceed with active seizure management to protect the life and safety of the patient until the seizure ends, as follows:

– Ensure that the mouth and airway are clear of any objects that bystanders may have inserted with good intentions but incorrectly. Do not attempt to block the tongue.

– Loosen restraining garments around the neck and airway.

– Determine the need for airway support (breathing may be interrupted early in the attack when muscles contract, resulting in bluish discolouration of tissues, and may be shallow during the postictal phase).

– Keep the airway open and administer oxygen using an appropriate delivery device, such as a nonrebreather mask with 100% supplemental oxygen at 12-15LPM. (If ventilations require assistance, consider inserting a nasopharyngeal airway (NPA) and maintain this until the patient is able to control their airway).

– Assess the presence of a pulse and carefully monitor the heart rate. This is critical in a patient with active convulsions because of the risk of cardiac arrest due to low oxygen levels (hypoxia).

– Initiate and monitor ventilatory and cardiac status. If available, use BP, ECG, pulse oximetry, eTCO2 and other approved methods to monitor the effectiveness of cardiopulmonary systems.

– Look for a medical identification bracelet or necklace on the patient or in the patient’s wallet, if authorised (“epilepsy”, “seizure”, “seizure disorder”, “diabetic”, etc.). The absence of a medical history does not exclude epilepsy.

– Check the patient’s blood glucose level and treat as authorised.

– Check the patient’s temperature. Ensure that the hyperthermic patient (infant, child and adult) with epileptic seizures is not overdressed or cooled by approved methods. Do not allow the patient to shiver, thereby increasing metabolic rate and body temperature.

– Obtain a focused history from witnesses, family members or carers on any diagnosis of epilepsy and other precipitating events, history of pregnancy, diabetes, alcohol/drug use, history of abnormal ingestion or known head injury.