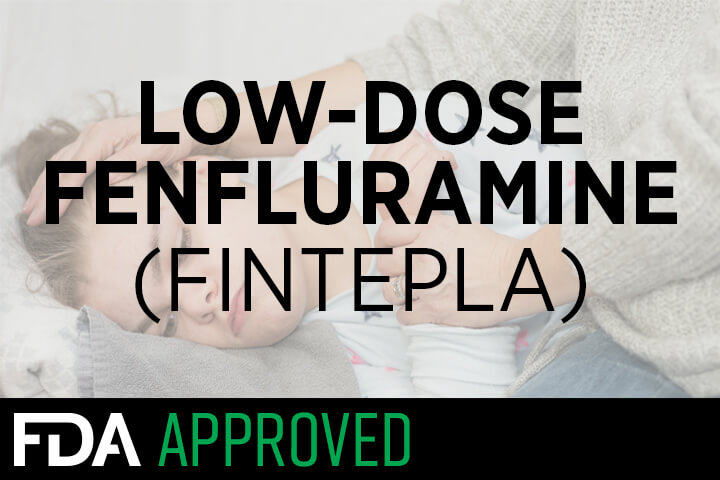 What to know about fenfluramine.

IN JUNE, THE U.S. FOOD and Drug Administration approved the medication fenfluramine for people with severe epilepsy and Dravet syndrome, or SCN1A-related seizure disorders, who are 2 years of age or older. Approval was based on the results from two separate trials involving 206 patients – one published in The Lancet and one in JAMA Neurology – plus safety observations during post-study follow-up for up to three years.

In both studies, the decrease in convulsive seizures was significantly greater with fenfluramine than with inactive treatment (placebo), confirming that the drug is effective. The Lancet study further compared responses to two different doses (0.2 mg/kg per day and 0.7 mg/kg per day, both taken by mouth, to a maximum of 26 mg per day). Both doses appeared safe, while the higher dose gave better results, with a median reduction in seizure frequency of 74.9% (from a median of 20.7 seizures per 28 days to 4.7 seizures per 28 days).

The JAMA Neurology study examined an intermediate dose (0.4 mg/kg per day to a maximum of 17 mg per day) in patients who were also taking stiripentol, another drug approved by the FDA for patients with Dravet syndrome, and reported a 50% or greater reduction in monthly convulsive seizure frequency for 54% of patients. For patients with severe epilepsy and Dravet syndrome, these reductions could represent a meaningful improvement in quality of life.

The most common side effects, occurring in at least 10% of patients in one or both series who received fenfluramine and more often than in those receiving placebo, were decreased appetite, weight loss, diarrhea, fatigue, somnolence and fever. The decreased appetite and weight loss came as no surprise, because fenfluramine – an amphetamine derivative – was originally developed as an appetite suppressant for overweight adults. It was withdrawn from the U.S. market in 1997 because some patients experienced abnormal heart valve function or pulmonary arterial hypertension when the drug was prescribed at higher doses (40 to 60 mg up to 120 mg per day). Because of this previous experience, fenfluramine carries a boxed warning for these potentially serious side effects.[

The good news is that abnormal heart valve function and pulmonary arterial hypertension were not seen in the Dravet syndrome patients, most of whom were children. An important factor may be that the doses used in the Dravet syndrome studies were significantly lower than those used by overweight adults. With close cardiac monitoring and repeated echocardiograms, none of the Dravet syndrome patients were observed to have these abnormalities. However, to help further ensure safety, fenfluramine will only be available through a restricted drug distribution program that requires all prescribing health care providers and dispensing pharmacists to be certified in a risk evaluation and mitigation strategy, and all patients to be enrolled in the program. Patients receiving fenfluramine will have repeated cardiac monitoring via an echocardiogram – once before treatment, every six months during treatment and once three to six months after the drug is discontinued.

A few other issues are important for families embarking on treatment with fenfluramine:[