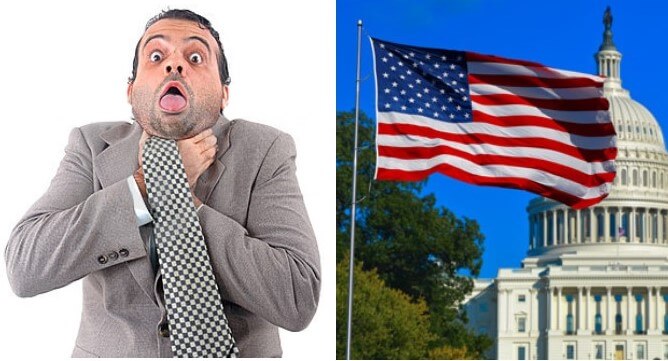 A few years ago, I began to see children in my practice who seemingly responded to marijuana-derived extracts. And as a result, I grew cautiously optimistic that these extracts might be good treatments for the condition.

As a devout believer in evidence-based medicine, I still needed experimental data that could distinguish bona fide effectiveness from a deceptive impression of benefit — a placebo effect.

But my desire to study marijuana ran headlong into a seemingly immovable obstacle: the U.S. Drug Enforcement Agency (DEA). The agency’s illogical and stubborn stance makes it all but impossible for scientists to study cannabidiol. I persevered and eventually succeeded in launching a study, but no doubt many others give up, robbing us of valuable insight into marijuana’s potential benefits.

I began as a skeptic. In August 2013, I was treating a 10-month-old boy with infantile spasms. The boy’s father told me he wanted to use a marijuana extract known as cannabidiol rather than the drug I had recommended. He had read online about this ‘natural’ remedy and felt more comfortable with it than with a lab-manufactured medicine.

I politely reminded him that marijuana, too, is a drug, and that plenty of nature’s creations are far from safe. I held firm and we tried six more medications — all without benefit. Without much else to offer, I agreed to using the cannabidiol. But it also failed, and the little boy’s condition continued to deteriorate.

Infantile spasms, a severe form of childhood epilepsy, usually begin at about the age of 6 months and typically manifest with brief head drops — each from a seizure lasting not more than a second. Rather quickly, infantile spasms essentially hijack the brain and derail normal development. Without treatment, the typical result is severe intellectual disability and, frequently, autism.

As videos of children with epilepsy making miraculous recoveries after using cannabidiol extracts made the internet rounds, I had similar conversations about the drug with other parents. Given that medical marijuana has long been legal in California, where I work, this product was easily obtained. Yet I remained skeptical.

Then, in early 2014, the parents of a 2-year-old girl who was having hundreds of seizures a day opted for cannabidiol despite my objections. Having tried nearly a dozen medications, none of which were successful, they reasoned that things couldn’t get much worse.

Within a few days, her seizures became less frequent, and within weeks she was nearly seizure-free. For a small number of children, infantile spasms resolve without treatment. My inner skeptic assured me that this little girl was one of them, and that the timing of it with her cannabidiol treatment was mere coincidence.

In subsequent months, however, several other children in my care showed dramatic improvements after using cannabidiol. I began to wonder: What if it actually works? Could I prove it?

Here is where I met immoveable resistance from the U.S. government. Although medical marijuana is legal in 31 states and recreational marijuana in 9, the federal government continues to consider marijuana a ‘Schedule 1 controlled substance,’ putting it in a category of drugs, along with heroin and LSD, considered to have no medical value and a high potential for abuse.

So began an arduous 18-month journey. The first step — convincing my colleagues and university administrators that cannabidiol research has merit — was relatively easy. Most of my peers raised their eyebrows when I suggested a marijuana study, but nearly all of them agreed that the supposed effectiveness of marijuana to treat epilepsy needed to be proven — or disproven.

Satisfying state regulators and the U.S. Food and Drug Administration (FDA) was a time-consuming but logical process. Gaining approval from the DEA, however, proved another matter. Agency workers did not reply to thoughtful emails requesting guidance, nor did they answer their phones. I left several comically succinct messages asking if someone could guide me in my research plan to administer marijuana to babies — to no avail. Who knows? Perhaps they were busy pursuing drug traffickers.

In any case, my requests languished until I partnered with Insys Therapeutics and GW Pharmaceuticals — two companies developing pharmaceutical-grade cannabidiol products. Officials at these firms in turn enlisted ‘DEA consultants’ to make the right connections. Next came a barrage of paperwork, background checks and a thorough inspection of our facilities. DEA rules require that we store the vials of cannabidiol in a secure vault and keep meticulous records of every drop that was used, by whom and for what purpose.

The time and energy required just to obtain approval for a small study of cannabidiol for infantile spasms would have been enough to complete multiple non-marijuana studies.

What disturbs me most about these cumbersome regulations is that they discourage many talented and motivated researchers from investigating the potential value of marijuana. This plant, known for millennia for its purported medicinal properties, contains 100 mostly unexplored chemicals (known collectively as cannabinoids), any one of which could aid the treatment of not just epilepsy and autism but any number of conditions.

People with these conditions are potentially missing out — and why? The more I learned about the federal stance toward marijuana, the clearer it became that it is medically uninformed and often defies common sense. Here are some of the perplexing contradictions in the federal regulation of marijuana research.

Federal law vs. state law: While the DEA was insisting on thoroughly vetting everyone who came into contact with the tiny amount of marijuana product used in our study, the reality was that less than a mile from the hospital, anyone could walk into a boutique shop or dispensary and buy it.

Federal law vs. doctors’ orders: Physicians often recommend cannabidiol, but because it is illegal at the federal level, the government does not ensure the quality of these products, many of which are mislabeled or poorly manufactured. In other words, regulations that were put in place to keep people safe are actually exposing them to unnecessary risks.

Federal law vs. science: A synthetic version of a marijuana chemical known as tetrahydrocannabinol (THC) — a close cousin of cannabidiol that alters people’s perceptions and gives them ‘the munchies’ — is approved as an appetite stimulant for people with cancer or anorexia. The DEA only loosely regulates access to this lab-made drug but makes it almost impossible to work with THC derived from the marijuana plant, even though the two are chemically identical.

In June, the FDA approved a single form of pure pharmaceutical-grade, plant-derived cannabidiol to treat two rare forms of epilepsy, Dravet syndrome and Lennox-Gastaut syndrome (both are linked to autism)1,2. The DEA now has until 23 September (a 90-day window) to reclassify this new medication, Epidiolex, so that it can be legally distributed.

The agency could choose to go further, easing its stranglehold on research involving cannabidiol or even on marijuana research more generally. Ideally, the DEA would acknowledge that marijuana has some potential medical uses and doesn’t simply pose a large threat of abuse, by downgrading it from Schedule 1 to Schedule 2 or 3. This looser and more appropriate classification would enable a much larger group of scientists to study cannabinoids — not just THC and cannabidiol, but some of the dozens of other chemicals in marijuana.

But I don’t expect that to happen. The DEA has rejected multiple petitions over the years to reclassify marijuana.

Meanwhile, our team is persevering. Of the nine participants in our cannabidiol study, one saw improvement. This was encouraging, given that all of these children had tried multiple medications without success.

In March, Insys launched a multinational study of 190 children to evaluate cannabidiol as a first-line therapy for infantile spasms. We are eager to see how well the compound performs when given in the first days and weeks of the condition. If it turns out to be effective, cannabidiol would represent a substantial improvement over current drugs, all of which have serious side effects: One, for example, causes irreversible vision loss in as many as one-third of the children who take it.

Despite this progress, it is important to note that all rigorous study of cannabidiol for the treatment of epilepsy has been limited to pharmaceutically produced products. In the current regulatory climate, these studies simply aren’t feasible without pharmaceutical support and resources. As a result, the myriad varieties of medical marijuana that have inspired this pharmaceutical development are largely unstudied.

Perhaps Congress can facilitate research by bringing about nuanced and scientifically-based regulation of marijuana. First, a bill sponsored by U.S. Senate Majority Leader Mitch McConnell would make it legal for American farmers to grow hemp products, including cannabidiol. A separate bill sponsored by senators Elizabeth Warren and Cory Gardner would prevent the DEA from enforcing federal marijuana laws in those states which have legalized medical or recreational marijuana.

Although neither bill alleviates all the hurdles researchers face, both are a step in the right direction. Let’s hope that Congress manages to do what the DEA has not. 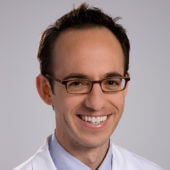 Shaun Hussain is director of the Infantile Spasms Program at the University of California, Los Angeles Mattel Children’s Hospital. He has received financial support for research or consultancy from Insys, GW Pharmaceuticals, Mallinckrodt, Lundbeck, UCB, Eisai, and Upsher-Smith Laboratories.