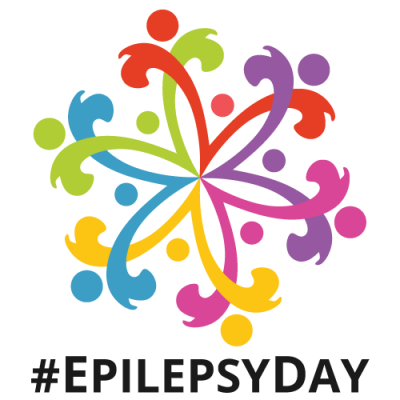 February 13 is International Epilepsy Day: Step up against stigma

This year’s theme for International Epilepsy Day, “Step Up Against Stigma”, provides a platform for people with epilepsy, and those who care for them, to dispel myths with facts.

“Epilepsy affects almost every aspect of the life of the person diagnosed with the disease,” said Dr. Francesca Sofia, president of the International Bureau for Epilepsy (IBE). “For many people living with epilepsy, the stigma attached to the disease is often more difficult to deal with than the disease itself.”

In many countries, lack of awareness about epilepsy as a treatable brain condition remains a central public health challenge. Educating people about epilepsy and dispelling myths can reduce stigma and discrimination at school, at work, in the clinic, across the community and at home.

Commemoration events around the world

IBE and the International League Against Epilepsy (ILAE) are encouraging the community to print out an ‘Epilepsy Is…’ card and to write a message that dispels myths with facts. These messages can be shared online to mark the day.

IGAP contains a specific strategic objective on strengthening the public health approach to epilepsy, which calls for 80% of countries to have developed or updated their legislation to promote and protect the rights of people with epilepsy by 2031.

“IGAP speaks directly to the mission, needs, and aspirations of the global epilepsy community,” said Helen Cross, ILAE president. “It is therefore a powerful tool to help us close the current unacceptable inclusion, treatment, prevention, and research gaps in epilepsy.”

It is estimated that more than 50 million people are living with epilepsy around the world. To have epilepsy is to have a tendency to have recurring seizures.

Provision of safe, effective, and highly affordable ($5 per person/year) anti-seizure medicines could control seizures in up to 70% of people with epilepsy.

Epilepsy ranks among the top five causes of global neurological disability; an estimated 125,000 deaths per year globally are related to the condition. Untreated epilepsy is a life-threatening disorder. The death rate for people with epilepsy is three times that of the general population.

Every fourth case of epilepsy could be prevented by addressing and minimizing risk factors, such as stroke, brain infections, birth injuries, and head trauma. However, prevention strategies remain limited and underexplored.

People with epilepsy are disproportionately affected by other conditions as well, such as depression, anxiety, dementia, migraine, heart disease, peptic ulcers, and arthritis.

ILAE is a global organization of health care professionals and scientists working toward a world where no person’s life is limited by epilepsy.