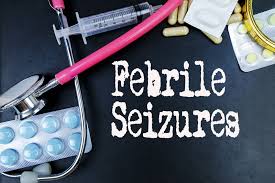 Danish investigators found the 30-year risk of epilepsy and psychiatric disorders in children who had three or more febrile seizures was 15% and 30%, respectively. In comparison, the risk of mental illness and epilepsy in unaffected individuals is 2% and 17%, respectively.

“These findings are very important since both epilepsy and psychiatric disorders may have a major impact on the quality of life in affected individuals and their families, and because these disorders are associated with great societal costs,” study investigator Julie Werenberg Dreier, PhD, postdoc, National Center for Register-based Research, Aarhus Univerity, Denmark, told Medscape Medical News.

The study also showed that mortality is increased in patients with recurrent febrile seizures who go on to develop epilepsy.

The findings were presented here at the Congress of the European Academy of Neurology (EAN) 2019.

Febrile seizures are relatively common in childhood, affecting an estimated 3% to 4% of children. In general, such seizures are considered benign. However, children who have one episode are likely to have recurrent seizures.

Previous studies have not been large enough to investigate the long-term consequences of recurrent febrile seizures, said Dreier. From the relevant Danish registries, she and her research team identified a cohort of 2.1 million singleton children born between 1977 and 2011. Of these, 75,593 (3.6%) were diagnosed with a febrile seizure for the first time.

Using a graph to illustrate ages of first hospital admission for febrile seizures, Dreier demonstrated that the incidence rapidly increases starting at about 6 months of age, peaks at about age 16 months, then declines. At about age 3 years, “90% of all the children with febrile seizures will have presented,” she said.

The risk of recurrence before age 5 years in children who had one febrile seizure was 22.7%. This risk increased with each additional febrile seizure.

From other national registries, the investigators collected data on epilepsy and psychiatric disorders. They used competing risk regression to estimate cumulative incidences, and Cox regression to arrive at hazard ratios (HRs) for risk of onset of these disorders at various ages depending on the number of febrile seizures.