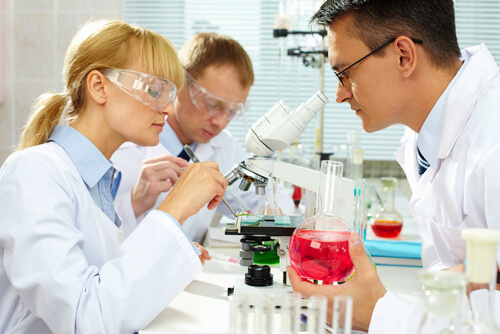 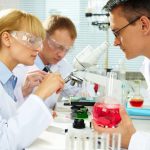 As promised, the US Food and Drug Administration (FDA) has simplified the form physicians use to request investigational compassionate use drugs when all other options have been exhausted — while also offering guidance on how much the drugs should cost.

On June 2, the FDA announced a new form, which should take physicians only 45 minutes to complete, according to an agency statement.

Also on Thursday, the FDA issued guidance on charging for investigational drugs. The agency said companies could charge patients only for the cost of manufacturing experimental treatments, and not costs such as administrative fees, used under compassionate circumstances, and the FDA cannot force government or private insurers to pay for the drugs, which ignited speculation by analysts.

Reuters reported: “The FDA’s move seems to be intended to soften the repercussions of its possible rejection of Sarepta Therapeutics Inc’s muscle-wasting drug, analysts said.”

The week before, the FDA postponed deciding whether to approve Sarepta’s Duchenne muscular dystrophy drug, eteplirsen, after an advisory panel determined it was not effective. There is no other treatment on the market.

“The FDA is trying to create a compromise, saying drug companies can charge for a drug even if it’s not approved,” WBB Securities analyst Stephen Brozak told Reuters.

A spokesperson for the FDA told Medscape Medical News in an email, “We cannot comment on the status of any product application.… [T]he expanded access form and guidance documents have been in the works for a long time. The updates to the expanded access materials are not related to any specific drug or any other FDA actions.”

FDA Commissioner Robert Califf, MD, acknowledged in the statement accompanying the announcement that the process of applying for compassionate use is currently challenging and time-consuming.

“The FDA has a long history of supporting patient access to investigational treatments and we hope the information released today will help health care professionals, patients, and industry to more easily navigate the expanded access process and help patients who qualify to gain access to potentially life-saving investigational treatments,” he said.

Elena Gerasimov, director of the Washington, DC, nonprofit Kids v Cancer’s Compassionate Use program, which helps physicians and families navigate the process, praised the FDA move, but added that its impact will be muted by a bigger issue.

Even though the FDA almost always approves access after an application (approval rates are above 99%), drug companies first have to authorize use of the drug for such purposes.

“Yes, it is easier for step two, but we still have a step one,” she told Medscape Medical News.

In addition to the new form and information about costs, the FDA issued guidance around frequently asked questions about the approval process.

Gerasimov said she found two parts of the changes particularly encouraging. One is the FDA encouraging drug companies in writing to make contact information on extended access easily accessible to the public.

“This is huge,” she said. Physicians have been forced to search websites for points of contact, which many companies still don’t include.

The other addresses drug companies’ concern that if a patient who uses the drug for compassionate use has a bad outcome, it might put a hold on clinical trials.

“What they’re (the FDA) is saying is that if you’re providing the drug for one patient instead of a group of patients, that should not interfere with conducting clinical trials,” Gerasimov said.

The figure of 100 hours of work for physicians to fill out a form has been widely reported, but physicians didn’t have to fill out the entire Investigational New Drug form, only eight sections, she explained. “In actuality, nothing has changed.”

Still, physicians were often unaware that they didn’t have to fill out the whole form, Dr Bateman-House said. “It will make a difference in terms of providers’ understanding of what’s required of them.”

She said she hopes it will help physicians better understand the compassionate use process.

“They should not be filling out this form until after they hear from the company that the company is willing to provide the drug to the patient in question,” Dr Bateman-House said. “If the drug is in too scarce a supply for the company to be willing to give it up, they’re not going to say yes. And if the company doesn’t think that the drug, for whatever reason would be appropriate for a particular patient, they won’t say yes. The FDA doesn’t weigh in until the company has already said yes.”

Alison Bateman-House serves as the nonvoting, nonpaid deputy chairperson of the Compassionate Use Advisory Committee (CompAC), an external panel of medical experts, bioethicists, and patient representatives formed by New York University School of Medicine, which advises the Janssen division of Johnson & Johnson about requests for compassionate use of some of its investigational medicine.