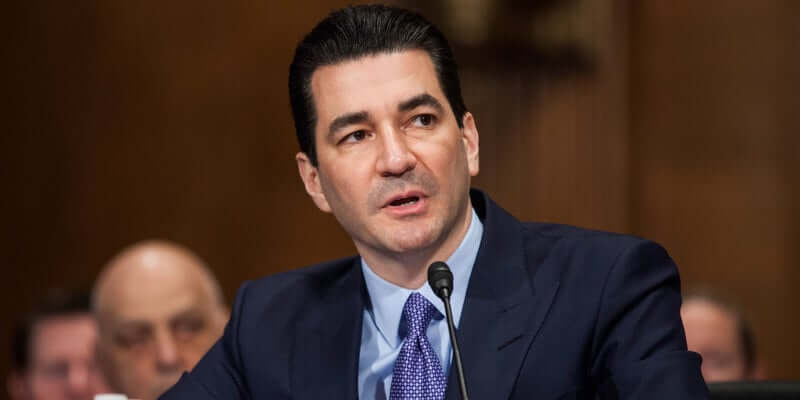 The FDA Says It Will Likely Never Approve Smoking Cannabis

The federal agency joins a community of health experts who think smoking is not a good way to consume weed.

The commissioner of the Food and Drug Administration, Scott Gottlieb, recently suggested that the agency would never approve of smoking cannabis. This opposition to smoking is shared by many health experts, even those who approve of medical cannabis in general.

In Canada, which is slated to legalize cannabis for adult use this fall, physicians have also issued warnings about consuming cannabis by smoking it. One doctor called smoking “very archaic,” in an interview with the CBC. Others have said that smoking cannabis is dangerous for your lungs, and urged consumers to consider alternate methods of consumption such as oral extracts.
“Many of the chemicals found in tobacco smoke are also found in cannabis smoke,” reads Health Canada’s website.

In an interview with Bloomberg, Gottlieb likened smoking cannabis to crushing up a prescription pill and smoking it. Using the lungs as an entry point for a drug, said Gottlieb, “isn’t optimal.”
This opinion has been reflected in some state laws, too, where cannabis flower has been legalized for medical purposes yet patients are not technically allowed to smoke it. While unenforceable, these laws are intended to encourage vaping instead. 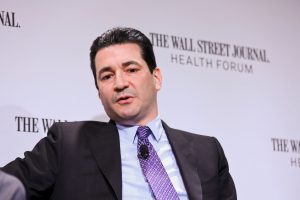 Washington, DC-2018-May 22, 2018, the editors of The Wall Street Journal will convene influential business leaders, policy makers and experts from across the health and health-care industries to focus on the innovations transforming this critical sector of the economy. These participants will join an audience of senior executives and entrepreneurs, including those from the worlds of finance, science and regulation. Through highly interactive interviews, we will cover topics ranging from new technologies and advanced analytics, to Washington policy, to evolving private-sector business models.

The statement by the FDA commissioner does not mean the FDA won’t be approving the consumption of cannabis, in general, in the future. It’s becoming increasingly difficult for the federal agency to deny the medical potential of cannabis.

Recently, a panel of outside advisers to the FDA unanimously agreed that the benefits of a drug made by GW Pharmaceuticals, which uses the cannabis compound cannabidiol (CBD), outweighed its risks when treating forms of rare childhood epilepsy.

CBD, particularly as a treatment for epileptic seizures, is one of the most commonly accepted forms of medical cannabis. Last year, the United Nation’s World Health Organization released a report that concluded that CBD could have “therapeutic value” and “exhibits no effects indicative of any abuse or dependence potential.”

The FDA will likely decide on whether to approve GW Pharmaceuticals’ new CBD-based drug for public use by the end of June. If the drug, called Epidiolex, is approved, it will become the first ever FDA-sanctioned cannabis-derived medication in the country.