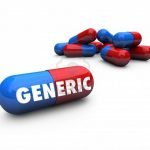 We posted an article on this earlier and had questions on who did the study.  Here is your answer.

Are all generic drugs created alike? That’s a question that patients, doctors, and pharmacists have debated for years, when weighing whether to shift patients from name brand products to their more cost-effective generic counterparts.

Researchers are now more comfortable than ever that generic drugs may be used without risk or loss of effectiveness, according to new results from a federally funded study conducted by researchers at Drake University, the University of Cincinnati, and eight other major research institutions.

The research funded by the American Epilepsy Society, Epilepsy Foundation, and U.S. Food and Drug Administration involved 35 patients with epilepsy from six epilepsy centers at academic medical centers across the United States. During the trial, dubbed EQUIGEN, patients were administered one generic version of an anticonvulsive drug for 14 days, then switched to another generic version for 14 days. Researchers found that switches between these versions of the drug, called lamotrigine, met the FDA’s standards for drug bioequivalence without negatively impacting patient outcomes.

These findings were published online Feb. 12 in The Lancet Neurology Tim Welty, professor and chair of clinical sciences in Drake University’s College of Pharmacy and Health Sciences, was second author on the paper, alongside lead author Michael Privitera at the University of Cincinatti Medical Center.

“The EQUIGEN trial by Michael Privitera and colleagues published in The Lancet Neurology provides strong evidence that, at least for lamotrigine, concerns about generic substitution are largely misplaced,” Emilio Perucca, a member of the department of internal medicine and therapeutics at the University of Pavia and C. Mondino National Neurological Institute in Pavia, Italy, wrote in an editorial published alongside the new article. “Overall, Privitera and colleagues’ findings are quite reassuring, and organisations with a negative attitude to generic antiepileptic drug substitution should consider reviewing their position.”

Previous research has focused intensively on the effectiveness of generic versus name brand products, with mixed conclusions. Concerns regarding generic drug substitutions are often heightened in the epilepsy community, because the therapeutic range of antiepileptic drugs is generally narrow and the risks of adverse effects and loss of seizure control are high. States including Iowa, Illinois, Indiana, Kansas, and Minnesota require physicians to obtain patients’ permission before prescribing them generic alternatives for epilepsy medication. This new study is the most rigorous study of generic-to-generic switching in a population with epilepsy ever completed.

“These data should increase the confidence of clinicians and patients that existing regulations governing generic antiepileptic drugs provide generic products that can be safely substituted,” the authors wrote. “The results of this study could lead U.S. and European professional societies to reassess their position on generic substitution, help to allay fears of clinicians and patients about the use of generic drug products, and potentially lead to substantial health-care cost savings.”

Americans spent $307 billion on prescription drugs in 2010. On average, the retail price of generic drugs is 75 percent lower than that of brand name products, according to data from the Governmental Accountability Office. Welty says the results of this new study are generalizable to all drugs in an immediate release oral form.