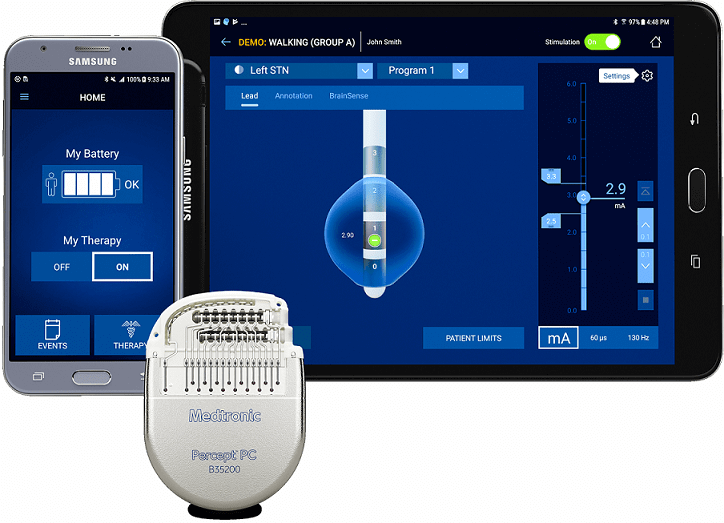 The medical device giant is touting Percept PC’s BrainSense technology, which is designed to sense and record brain signals while delivering DBS therapy to people with neurological disorders such as Parkinson’s disease.

The FDA approval of the Percept PC neurostimulator means that health providers can use it to treat symptoms associated with Parkinson’s disease, essential tremor, primary dystonia, epilepsy and obsessive-compulsive disorder. The device gained the CE Mark in January.

Mayo Clinic in Rochester, Minn., will be the first in the United States to implant the newly approved device.

“Our goal is for patients to regain independence, and we know that DBS can significantly improve motor function in people with Parkinson’s disease compared to standard medication alone,” said Mayo Clinic neurologist Dr. Bryan Klassen, M.D., in a news release. “We can now more precisely tailor therapy to the individual needs of each patient based on data from neuronal activity.”

DBS is an individualized therapy delivered from a small pacemaker-like device, placed under the skin of the chest or abdomen, to send electrical signals through very thin wires (leads) to a targeted area in the brain related to the symptoms of a neurological disorder.

“With movement disorders like Parkinson’s disease, even sharing a meal and holding utensils can be a challenge,” said John Lehr, president & CEO of the Parkinson’s Foundation. “We’re excited by new treatments and clinical advancements that let people with Parkinson’s live fuller, more complete, lives.”

“There is nothing that can replace clinical judgment in treating patients. For the first time, this technology gives clinicians feedback directly from the DBS patient’s brain,” said Mike Daly, VP and general manager of the Medtronic’s brain modulation business. “With such data-driven, patient-specific insights, we believe it can change the standard of care