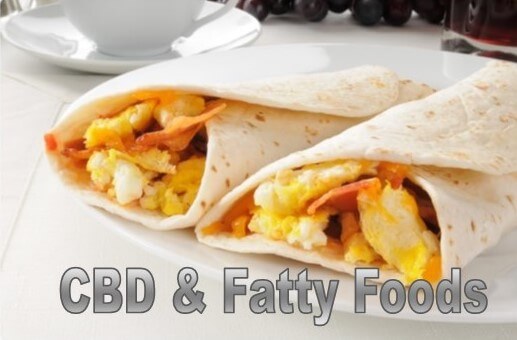 In 2018 the US Food and Drug Administration (FDA) passed its stamp of approval on oral capsules of cannabidiol (CBD) for the treatment of seizures. However, nobody quite knew at the time what effect food would have on its absorption.

CBD is the second-largest active ingredient in the extract of the cannabis plant. It is always found in all forms of marijuana used medically. However, medical CBD is obtained not from the cannabis plant but from the hemp plant, which is closely related to it. The difference between CBD and other cannabis compounds like tetrahydrocannabinol (THC) is that it does not produce euphoria, or a “high.” As such, the WHO states that CBD does not have the potential to cause addiction, dependence or drug abuse, and as such, does not cause any public health problems when used in the pure state.

CBD has been legalized in all US states and is available for clinical research. Its health effects are still being studied, but as of now, its strongest medical benefit is in stopping seizures in many childhood epilepsy syndromes which resist all other forms of treatment. In fact, a CBD-containing drug has recently been approved by the US Food and Drug Administration (FDA).

A new University of Minnesota study looked at the change in the rate of CBD absorption in epilepsy patients after eating fatty foods. This type of knowledge about how drugs are absorbed and metabolized in the body is known as drug pharmacokinetics.

In the current study, the CBD was administered as oral capsules. The concentration of CBD was measured in a population of patients with refractory focal epilepsy who were on capsules containing CBD of 99% purity. These patients had intractable seizures four or more times a month, not responding to first- and second-line therapy.

The measurements were taken after giving the purified CBD capsules, first on an empty stomach and then after a standardized breakfast containing high-fat foods, like a breakfast burrito. The breakfast supplied 840-860 calories. Each measurement was taken between 0 and 72 hours after the dose was administered, using liquid chromatography-mass spectrometry methods.

Measurements were completed on eight patients, and yielded results that showed a striking change in CBD absorption following the intake of fatty food. Ingesting CBD along with high-fat food increases the amount of CBD in the body by a factor of four, while blood CBD levels go up 14-fold, both in comparison to fasting controls.

The study also established that the use of capsules was superior to that of liquids in a study of pharmacokinetics, as it allowed for more precise determination of blood and body concentrations following absorption. It is also more typical of the actual mode of use in the patient community.

Researcher Angela Birnbaum says, “The type of food can make a large difference in the amount of CBD that gets absorbed into the body.” One practical implication is that the absorption of CBD can be easily improved by taking the capsules along with a fatty meal, which would mean a reduction in the number of capsules required for each dose. On the other hand, it also means that the same dose of oral CBD in capsule form could expose different patients to quite different amounts of the drug depending on the type of food ingested at the same time.

Another researcher, Ilo Leppik, says, “Increases in the amount of the CBD dose being absorbed into the body can also lead to lower medication costs.” The key take-home points therefore are that CBD absorption increases when taking CBD with foods high in fat content; but despite this increase in CBD absorption, thinking and memory remain clear.

The findings of the current study could be a boon to epilepsy physicians who strive to achieve and maintain a steady effective concentration of the anti-seizure medication in the patient’s blood. For one, it allows them to significantly reduce the dosage while maintaining an adequate blood level. Secondly, patients can adjust their eating patterns to optimize the effect of CBD on their seizure activity.

Birnbaum says, “This study shows that CBD concentrations could vary significantly if patients take it differently, sometimes with or without food.”

The study was published in the journal Epilepsia on June 27, 2019.Journal reference: