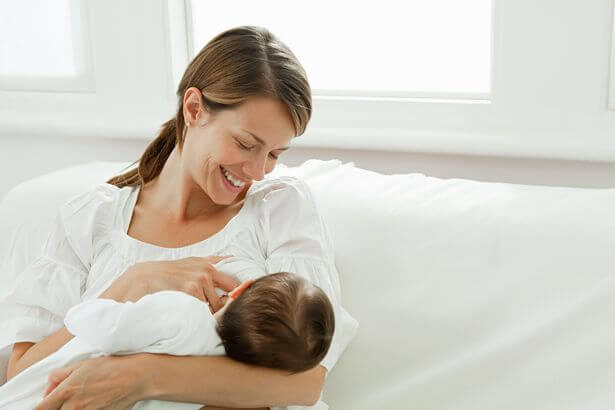 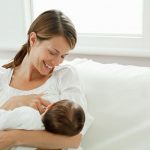 In a prospective study of women with epilepsy, researchers found blood levels of anti-epileptic drugs (AEDs) in their breastfed infants to be either undetectable or well below the therapeutic range. They reported the findings here Saturday at the annual meeting of the American Epilepsy Society.

“What we’ve been able to show is that while some drug does get into the baby, it’s very little compared to what’s in the mother,” said the first author of the study, Angela Birnbaum, PhD, professor of experimental and clinical pharmacology at the University of Minnesota College of Pharmacy.

Lead study author Andrew G. Herzog, MD, FAAN, director of the Harvard Neuroendocrine Unit at Beth Israel Deaconess Medical Center in Boston and professor of neurology at Harvard Medical School, said the findings “offer reassurance to women who would like to breastfeed their babies.”

The data came from the Maternal Outcomes and Neurodevelopmental Effects of Antiepileptic Drugs (MONEAD) study, a prospective, observational, multi-center investigation. A total of 351 pregnant women with epilepsy were enrolled up to 20 weeks’ gestational age and were followed until nine months postpartum. Dried blood-spot samples from the infant’s heel were collected for AED. As of June 1, 2016, results were available on 121 breastfeeding infants.

Drug measurements were below the lower limits of testing in six of 64 infants whose mothers were taking lamotrigine, 40 of 54 taking levetiracetam, all nine taking carbamazepine, and all seven taking oxcarbazepine. The mean concentrations of 2.2 ug/mL of lamotrigine and 2.6 ug/mL  of levetiracetam in breastfed infants with detectable amounts were well below the therapeutic dose.

“Our findings may explain why prior studies have found no adverse neurodevelopment effects of breastfeeding infants while taking an AED,” the researchers concluded.

The senior author of the paper, Page B. Pennell, MD, director of research for the division of epilepsy in the department of neurology at Brigham and Women’s Hospital in Boston and professor of neurology at Harvard Medical School, previously participated in the Neurodevelopmental Effects of Antiepileptic Drugs (NEAD) Study Group, led by Kimford J. Meador, MD, FAAN, professor of neurology at Stanford University. In 2014, the group reported in JAMA Pediatrics that no adverse effects of AED exposure via breast milk were seen in 181 children at age six years, and that indeed breastfed children exhibited higher IQ and enhanced verbal abilities than their non-breastfed counterparts.

Compared to the NEAD study, Dr. Pennell said, the ongoing MONEAD study is looking at additional AEDs and is measuring the infants’ blood levels, rather than measuring drug levels in the breast milk.

“To me, the most helpful finding was how incredibly low the levetiracetam concentration was,” Dr. Pennell said. “Previous small studies in the literature reported that the amount that gets from the mother into the breast milk was almost 100 percent. It’s now a very commonly used medicine for mothers with seizures, so the findings are incredibly good news for these moms.”

Very few of the mothers in the group were taking valproic acid, for which there is a known increased risk of major congenital malformations and subsequent neurodevelopmental effects, Dr. Pennell added.

“Practice has changed,” she said. “Valproic acid, at least in this group, is being avoided. That’s probably not the case around the world. The participating centers in our study are sophisticated. We hope the rest of prescribers around the United States and elsewhere will follow their example.”

Michael R. Sperling, MD, FAAN, professor of neurology and director of the Jefferson Comprehensive Epilepsy Center at Thomas Jefferson University in Philadelphia, said the study provides “important and useful information. It’s very reassuring.” Even so, he said, “This should not be taken as a guarantee that the drugs have no effects on breastfed infants. Some of the babies in this study had detectable drug levels. If a baby is lethargic or sleepier than babies are expected to be, that could raise a concern, which might be addressed by testing of a drug level in the baby.”

The MONEAD study team plans to follow all the enrolled infants with neuropsychometric testing until age six to determine if the findings extend to other AEDs in monotherapy and polytherapy.

LINK UP FOR RELATED INFORMATION: