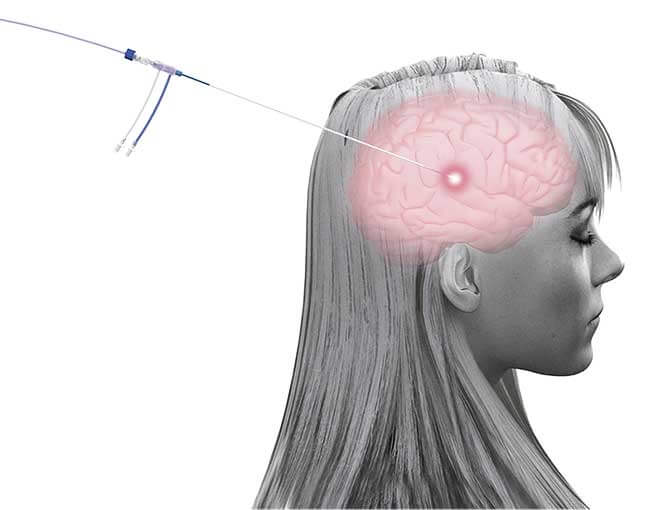 For roughly one-third of people with epilepsy, medication does not control their seizures. Depending on where seizures originate in the brain, laser interstitial thermal therapy (LITT) may be a minimally invasive surgery option.

As the name suggests, lasers are used to increase the temperature of the tissue to disable a small portion of brain tissue. Real-time MRI monitoring helps the surgeon and radiology team pinpoint the treatment while protecting other important areas of the brain.

“With the help of technology, epilepsy treatment options continue to evolve and improve, helping patients get back to normal life with fewer seizures and side effects,” says Jamie Van Gompel, M.D., a Mayo Clinic neurosurgeon. “We are happy to share whatever we can and help patients get better across the world.” Dr. Van Gompel recently presented on laser interstitial thermal therapy and other minimally invasive treatments for the Linkoping Neuroscience Award Lecture at Linkoping University Hospital in Sweden.

Adults and children can be candidates for laser interstitial thermal therapy. The most common indication is temporal lobe seizures that involve internal structures of the brain’s temporal lobe, especially on the left side of the brain that controls verbal memory.

“We think, although it’s not proven yet, that LITT reduces the chance of having memory problems postoperatively, compared to open surgical procedures,” Dr. Van Gompel says. “We also know that recovery is quicker with less pain.”

Other indications may be:

How does the procedure work?

Through a small catheter, a laser the size of a pencil lead is guided with MRI to the area of the brain where seizures originate. The laser heat disables the targeted brain tissue. A computer program helps determine the correct amount of energy to use, protecting other parts of the brain.

Then the head incision is closed with a single stitch.

What are benefits and risks?

“We think of epilepsy treatments as a sequence — not an either or option,” Dr. Van Gompel says. “Patients and their families should know that the tools in our toolbox keep growing and improving, including minimally invasive approaches.”