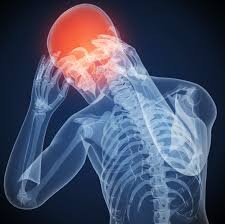 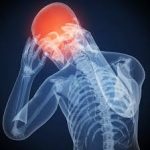 “This device clearly has potential to reduce the effects of concussions,” said Amit Reches, PhD, from ElMindA, a brain imaging company in Herzliya, Israel.

The collar compresses the jugular vein, increasing the volume of blood in the cranium and reducing the brain slosh that occurs with sudden motion, explained Gregory Myer, PhD, from Cincinnati Children’s Hospital Medical Center.

In trials of hockey and football players, those who wore the collar showed fewer changes in their brain structure, measured by diffusion tensor imaging, and in their brain functioning, measured by electroencephalography, Drs Reches and Myer reported.

The collar might help prevent concussions outside of sports as well, he told Medscape Medical News.

“If the theory is correct, it could have large-scale application in the military,” Dr Myer pointed out. And “it could affect how seat belts and child seats are made.”

Concerns about traumatic brain injury in sports have grown in recent years, with reports that many athletes, particularly football players, suffer long-term damage from repeated impact to the head.

Although helmets can protect against skull fractures and lacerations, they do not mitigate the effects of sudden acceleration and deceleration that occur within the skull, Dr. Myer explained.

Inventor David Smith got the idea for the collar by observing woodpeckers who subject their brains to shock waves when they chisel trees with their beaks. He noticed that they use their tongues to constrict their own jugular veins, according to Dr Myer.

Slight pressure on the jugular vein decreases return blood flow and increases compensatory volume in the cerebrum. “It’s basically putting a kink in the hose,” said Dr Myer. This leaves less room for the brain to move with each impact, he added.

The rate of football-related concussion is lower at high altitudes because of a similar increase in volume in the cranium, research has shown.

This approach is innovative.
The collar is not uncomfortable, said Dr Myer. He compared it to wearing a necktie. “It doesn’t take a lot of pressure to close down a vein,” he said. “We’re not trying to increase intracranial pressure. We’re trying to build up compensatory reserve. It’s similar to what you would see lying down.”
To test the effects, Dr Myer and his colleagues randomly assigned seven hockey players to wear the collar and seven to not wear the collar. Mean age of the players was 16.3 years.

Players’ brains were assessed before and in the middle of the hockey season, and any impact on a player’s brain during play was measured with an accelerometer. The researchers had hoped to crossover the groups at midseason, but only four of those not wearing the collar were willing to start wearing it at that point.

Head impacts were similar in the two groups.

The researchers found that diffusion tensor measures of disruption increased significantly from preseason to midseason in the white matter of the boys who did not wear the collars, particularly in the corpus callosum, corona radiata, and internal and external capsule (P < .05).

Brain network activation, a measure of neurologic functioning imaged by electroencephalography, was different in the collar and noncollar groups.

In the players who did not wear the collar, there was a significant correlation between changes in white matter and changes in brain network activation (Spearman’s rho, 0.89; P < .001).

Likewise, there was a correlation between boys who experienced more head impacts during the half-season and more changes in the brain network activation (Spearman’s rho, 0.82; P = .023).

Such correlations proved even stronger in the soon-to-be-published study of 62 football players, Dr Myer reported.

After the presentation, one person in the audience wanted to know if any adverse reactions could be attributed to the collar.

“That’s an important question,” Dr Myer responded. “We have done a lot of safety trials,” but so far, tests of oxygen uptake, urinalysis, and blood analysis have not shown any adverse effects. And the collar does not appear to affect an athlete’s power, strength, vertical jump, reaction time, or hearing, he said.

Athletes did not seem to mind wearing the collar, he added. In fact, the compliance rate was 94%.

Session moderator Kevin Guskiewicz, PhD, from the University of North Carolina at Chapel Hill, asked whether the white matter in the players who did not wear the collar eventually returns to normal.

This approach is “innovative,” said Erik Swartz, PhD, from the University of New Hampshire in Durham.

“It’s certainly interesting to try to get inside the brain,” he told Medscape Medical News. “Of course, it’s a small study. But I do like that they are trying to get at the physiological differences.”

This study was funded by Q30 Sports Sciences, which is working to commercialize the collar. Dr Myer reports that he has done contracted research for Q30 Sports Sciences. Dr Swartz reports a financial relationship with Helmetless Tackle Training.