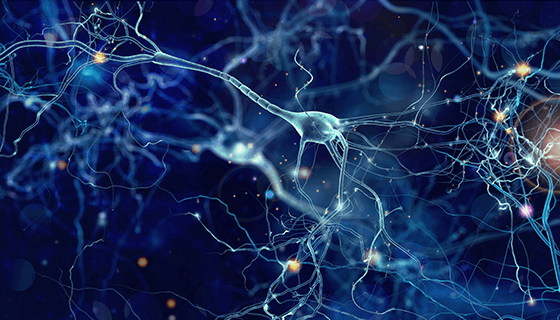 Everything You Need to Know About Tonic-Clonic Seizures

Tonic-clonic seizures, previously known as grand mal seizures, are characterized by both stiffness and jerking motions.

This disturbance is caused by an atypical spread of electrical signals through the brain. Often this will result in signals being sent to your muscles, nerves, or glands. The spread of these signals in your brain can make you lose consciousness and have severe muscle contractions.

According to the Centers for Disease Control and Prevention (CDC), about 5.1 million people in the United States have a history of epilepsy, and about 3.4 million have active epilepsy.

However, a seizure can also occur because you have a high fever, head injury, or low blood sugar. Sometimes, people may have a seizure if their body has developed a dependence on a substance and they stop using it.

A one-time seizure that’s not related to epilepsy could happen at any stage of your life. These seizures are typically brought about by a triggering event that temporarily alters your brain functioning.

If you have epilepsy, you might begin to have tonic-clonic seizures in late childhood or adolescence. This type of seizure is rarely seen in children under 2 years old.

A tonic-clonic seizure may be a medical emergency. This depends in part on your history of epilepsy or other health conditions.

What are the symptoms of a tonic-clonic seizure?

Tonic-clonic seizures get their name from their two distinct stages: tonic and clonic. Each stage causes different symptoms.

Before tonic and clonic activity begins, some people experience what’s known as an aura. For people who experience it, the aura acts as a warning sign that a seizure is about to start.

Here are the symptoms associated with each stage:

An aura can bring on abnormal sensations, including:

The symptoms associated with tonic activity include:

Clonic activity can cause:

What are the causes of a tonic-clonic seizure?

All seizures are caused by unusual electrical activity in the brain.

The onset of tonic-clonic seizures could be related to a variety of health conditions. Some of the more severe conditions include a brain tumor or a ruptured blood vessel in your brain, which can cause a stroke.

Other potential causes of a tonic-clonic seizure include:

Sometimes, healthcare professionals aren’t able to determine what causes the onset of seizures. In up to 50 percent of people diagnosed with epilepsy, the cause is unknown.

What should you do if someone is having a tonic-clonic seizure?

If you see someone having a tonic-clonic seizure, take the actions below:

Tonic-clonic seizures tend to resolve on their own. If the seizure lasts longer than 5 minutes, it’s considered a medical emergency. Call 911 or your local emergency services.

If you have a history of tonic-clonic seizures, some steps you can take to ensure your safety include:

How are tonic-clonic seizures treated?

If you’ve had one tonic-clonic seizure, it may have been an isolated event that doesn’t require treatment. A healthcare professional could decide to monitor you for further seizures before beginning a long-term course of treatment.

Most people manage their seizures through medication.

The U.S. Food and Drug Administration (FDA) has approved many medications for the treatment of tonic-clonic seizures, including:

You’ll probably start off with a low dose of one drug. Your medical team will gradually increase the dose as needed. Some people require more than one medication to treat their seizures.

It may also take time to determine the most effective dose and type of medication for you.

Brain surgery may be an option if medications aren’t successful in helping you manage your seizures.

This option may be more effective for focal seizures that affect one part of the brain than for ones that are generalized.

There are multiple types of supplemental or alternative treatments for tonic-clonic seizures.

Vagus nerve stimulation (VNS) involves the implantation of an electrical device that automatically stimulates the vagus nerve in your neck.

In deep brain stimulation (DBS), electrodes are added to a part of the brain known as the thalamus. The DBS device delivers either constant or occasional stimulation (unlike RNS, which only sends stimulation when a seizure is detected). The goal of DBS is to modulate certain brain circuits, which should ultimately help prevent or decrease the frequency of seizures.

These three therapies are intended for people with refractory, or drug-resistant epilepsy. They’re used in addition to seizure medications.

Eating a ketogenic diet, which is high in fat and low in carbohydrates, is also said to help some people reduce certain types of seizures.

How is a tonic-clonic seizure diagnosed?

There are several ways to diagnose epilepsy or the cause of a seizure.

A doctor or other healthcare professional will ask you questions about other seizures or medical conditions you’ve had. They might ask the people who were with you during the seizure to describe what they saw.

They might also ask you to remember what you were doing immediately before the seizure happened. This helps to determine what activity or behavior may have triggered the seizure.

They may also want to know:

A doctor or other healthcare professional will perform tests to check your balance, coordination, and reflexes. They’ll assess your muscle tone and strength.

They’ll also judge how you hold and move your body and whether your memory and judgment seem abnormal.

A doctor may order blood tests to look for medical problems that could influence the onset of a seizure.

A complete blood count (CBC) or blood culture may be used to help identify or rule out things such as infection.

Some types of brain scans can help your doctor monitor your brain function. This could include an electroencephalogram (EEG), which shows the patterns of electrical activity in your brain.

It could also incorporate an MRI, which provides a detailed picture of certain parts of your brain.

If someone is unable to receive an MRI, a CT scan may be performed instead. CT scans are less detailed than MRIs, though.

Who’s at risk for a tonic-clonic seizure?

All types of seizures have the same risk factors.

You may have a higher chance of having seizures, including tonic-clonic seizures, if you have a family history of epilepsy.

Other factors that could increase your chances of having a tonic-clonic seizure include:

Triggers for seizures include:

Can you prevent a tonic-clonic seizure?

Seizures are not well understood. In some cases, it may not be possible for you to prevent a seizure if your seizures don’t appear to have a specific trigger.

You can take steps in your daily life to help prevent some seizures:

People who are pregnant should have proper prenatal care. This helps to avoid complications that could contribute to the development of a seizure disorder in the fetus.

After childbirth, it’s important to have your child immunized against diseases that can negatively affect their central nervous system and contribute to seizure disorders.

What’s the outlook for a person with a tonic-clonic seizure?

Having a tonic-clonic seizure due to a one-time trigger may not affect you in the long term.

People with seizure disorders can often live a full and productive life. This is especially true if their seizures are managed through medication or other treatments.

It’s important to continue using your seizure medication as prescribed by your medical team. Suddenly stopping your medication could cause your body to undergo prolonged or repeated seizures, which can be life threatening.

In rare cases, people with tonic-clonic seizures that aren’t managed by medication can sometimes die suddenly. This is called SUDEP, or sudden unexpected death in epilepsy. It’s believed to be caused by a disturbance in your heart’s rhythm as a result of muscle convulsions.

If you have a history of seizures, some everyday activities may not be safe for you. Having a seizure while swimming, bathing, or driving, for example, could be life threatening. Talk with a healthcare professional before attempting these activities.