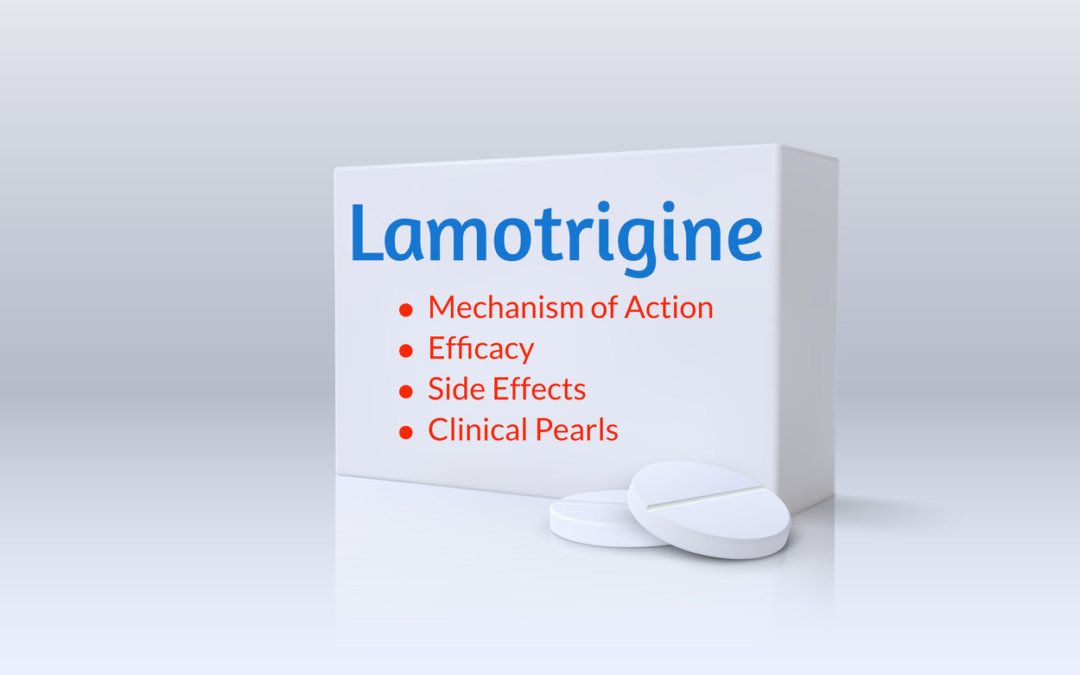 Epileptologists Push Back on FDA’s New Cardiac Warning for Lamotrigine

Epileptologists have pushed back on a US Food and Drug Administration label warning of a risk for cardiac disorders in patients taking lamotrigine. They say the warning is based on in vitro data that has not been made available to them and that the drug has a long track record of safety.

Epileptologists are pushing back on a new US Food and Drug Administration (FDA) warning that suggests clinicians should “avoid” prescribing lamotrigine, a mainstay of epilepsy treatment, in patients who have certain underlying cardiac disorders or arrhythmias.

While not questioning the need for a careful assessment of cardiac risks in patients prescribed the drug, neurologists and other epilepsy specialists are concerned about the severity of the FDA’s warning, given that it is based only on in vitro data after 25 years of wide clinical use.

The federal agency added the warning to the label in November for the drug sold under the brand name (Lamictal) by Glaxo Smith Kline (GSK) and generic lamotrigine based on an in vitro study it had asked GSK to conduct. According to the FDA, the study found that “lamotrigine exhibits Class IB antiarrhythmic activity at therapeutically relevant concentrations. It inhibits human cardiac sodium channels with rapid onset and offsets kinetics and strong voltage dependence.”

In response, the International League Against Epilepsy (ILAE) and the American Epilepsy Society (AES) formed an ad hoc task force to consider the new warning. On February 25, they released an advisory statement noting that no clinical data supports an increased risk of arrhythmia or sudden cardiac deaths compared to other anti-seizure medications (ASMs).

The task force recommended that, for now, neurologists and other clinicians essentially stay the course.

“This is a drug we’ve been using for 25 years,” said the co-chair of the task force, Jacqueline A. French, MD, FAAN, professor of neurology at the NYU Comprehensive Epilepsy Center and chief medical and innovation officer of the Epilepsy Foundation. “Let’s not overreact.”

Dr. French pointed out that some other sodium channel blockers, particularly carbamazepine and phenytoin, have long been associated with an increased risk of cardiac disturbances. Yet those drugs come only with an FDA advisory to weigh the risks and benefits, rather than to “avoid” it.

The warning on lamotrigine is especially concerning, she added, because the drug has been particularly valuable in the treatment of epilepsy.

“Despite the fact that we know it can cause a serious rash, that it requires a very slow titration, and that there are drug interactions that make its use incredibly complex, it is still one of our top choices,” Dr. French said. “Unlike the majority of drugs we use for people with epilepsy, it doesn’t make them feel tired or cause difficulty concentrating. It doesn’t cause mood dysfunction. When people go on this drug they feel okay, and so we like it.”

“Its hard for us to put the warning in the right perspective. We have been in conversation with [GSK]. They told us that while they are in the process of publishing the data, they would rather not share it.”—DR. JACQUELINE A. FRENCH

Other epileptologists expressed concern that the agency’s warning might unnecessarily worry patients and clinicians alike.

“Neurologists will be confused by product warnings that do not have clinical evidence behind them,” said Gregory L. Krauss, MD, professor of neurology at Johns Hopkins School of Medicine. “This raises the possibility that patients will be deprived of treatment with a well-tolerated ASM.”

The FDA’s Center for Drug Evaluation and Research declined a request for an interview or written comment.

Courtney Dysart, a spokesperson for GSK, told Neurology Today that the company is preparing to publish the in vitro data in a peer-reviewed study, but did not explain why it is withholding the data until then.

“Although we do not think that the details of the in vitro study will add information of clinical importance to the prescribing information described above, GSK has consistently maintained that full publication is appropriate,” a company spokesperson said in an email. “GSK is preparing the publication for submission to a peer-reviewed journal.”

Background on the Advisory

Concerns about possible cardiac risks for lamotrigine first appeared in a 2011 in vitro study in the British Journal of Pharmacology. A group led by a drug-safety researcher with Astra Zeneca systematically tested the electrophysiologic properties of dozens of drugs, including those known to be sodium channel blockers or QRS prolonging drugs.

The authors emphasized, however, that they had “avoided making any link between potency as a blocker of hNav1.5 channels and arrhythmia risk, as this is a challenging task beyond the scope of this study…. Ultimately, the only way to determine if a drug has pro-arrhythmic potential is to conduct a large and expensive longitudinal trial in patients to assess cardiovascular risk.”

An editorial accompanying the paper made the same point: “Given the extant limitations and uncertainties of presently available data, as well as our limited understanding of the pro-arrhythmic potential associated with these changes, due caution should be applied when considering the proposed in vitro-based margins for drug-induced QRS prolongation measured clinically.

Additional validation with multiple preclinical models and more rigorous clinical safety studies will be necessary to substantiate these recommended margins.”

Rather than request human clinical or epidemiologic trials, however, the FDA asked GSK to carry out its own set of in vitro studies on lamotrigine. Those results prompted the FDA to issue its warning.

Initially, the new language did not seem particularly alarming to Barry Gidal, PharmD, FAES, chair of the AES treatments committee and a professor of pharmacy at the University of Wisconsin in Madison.

“It was a bit confusing that this new warning seemed to be based entirely on in vitro data, and not any new clinical signal,” Dr. Gidal said. “Fairly quickly it became obvious that there was a growing level of concern generated by this in the epilepsy community. Several epilepsy specialists said they were getting questions from patients who were concerned and were looking for guidance.”

The ILAE/AES task force began by requesting the in vitro data from GSK, but was rebuffed.

“It’s hard for us to put the warning in the right perspective,” Dr. French told Neurology Today. “We have been in conversation with [GSK]. They told us that while they are in the process of publishing the data, they would rather not share it.”

“Lamotrigine was approved by the FDA in 1994, which means there have been over two and a half decades of experience by epileptologists and neurologists using it and other sodium channel blockers with common-sense caution in patients with cardiovascular disease. That includes performing an EKG when needed and consulting a cardiologist when in doubt.”—DR. PEGAH AFRA

“It was a bit confusing that this new warning seemed to be based entirely on in vitro data, and not any new clinical signal. Fairly quickly it became obvious that there was a growing level of concern generated by this in the epilepsy community. Several epilepsy specialists said they were getting questions from patients who were concerned and were looking for guidance.”—DR. BARRY GIDAL

In the meanwhile, the ILAE/AES task force is in communication with the FDA about its concerns, Dr. Gidal said. “I am pleased that the agency is willing to listen to us,” he said. “Dr. French is putting together a research round table with the agency. Hopefully this will foster a dialogue.”

Without GSK’s in vitro data in hand, and in the absence of any clinical studies, epilepsy specialists told Neurology Today that, for now, they are not changing their clinical practice in light of the warning.

“Lamotrigine was approved by the FDA in 1994. For the past two and a half decades, epileptologists and neurologists have been using this sodium channel blocker with common sense and caution in patients, including those with cardiovascular risk factors,” said Pegah Afra, MD, an associate professor of neurology at Weill Cornell Medical College and attending physician in neurology at New York Presbyterian Hospital. “That includes doing an EKG when needed and consulting a cardiologist when in doubt.”

Before altering her use of lamotrigine, Dr. Afra said, “We will need some in vivo comparison studies of lamotrigine and other sodium channel blockers that tell us the human tale in a comparative way.”

In its advisory issued on February 25, the ILAE/AES task force recommended that an EKG is necessary for patients prescribed lamotrigine only in those over 60 or with risk factors or symptoms at a younger age.

“The risk of undiagnosed asymptomatic cardiac disease under the age of 60 years is minimal in the absence of major cardiovascular risk factors such as diabetes, hypertension, familial hypercholesterolemia, and smoking,” the advisory stated. “In people over the age of 60 years, the likelihood of undiagnosed cardiac conduction abnormalities increases, and an EKG may be considered prior to initiating lamotrigine. An EKG should also be considered in people younger than 60 with known cardiac disease or significant risk factors as above.”

Those with worrisome findings should be referred to a cardiologist, the advisory stated, although “non-specific EKG abnormalities (e.g., non-specific ST and T wave abnormalities) are not concerning, and should not preclude these individuals from being prescribed lamotrigine.”

“Neurologists will be confused by product warnings that do not have clinical evidence behind them. This raises the possibility that patients will be deprived of treatment with a well-tolerated ASM.”—DR. GREGORY L. KRAUSS

For patients already on the drug, Dr. Gidal said, “If they’re doing well from a seizure point of view or mood point of view, and they’re not having any symptoms of any cardiac problems, I would keep doing what you’re doing. If it’s a patient you’re concerned about, perhaps a patient who you feel is at higher risk of cardiac problems, it may be reasonable and prudent to get an EKG.”