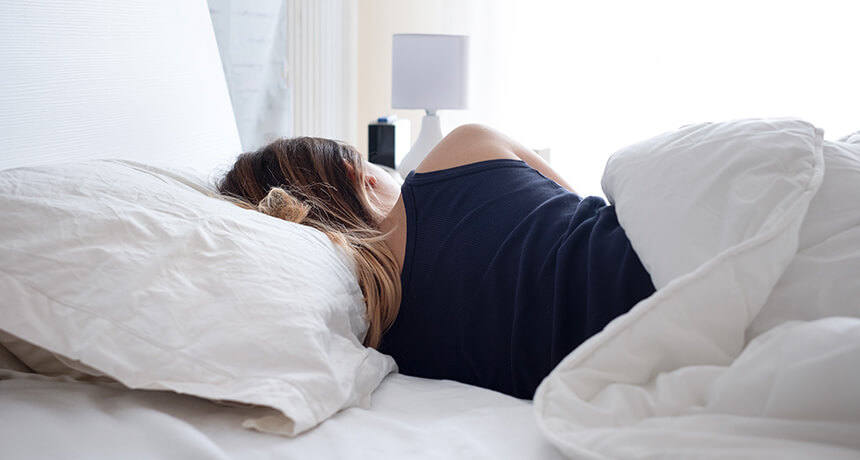 Seizures during sleep can scramble memories — a preliminary finding that may help explain why people with epilepsy sometimes have trouble remembering.

The sleeping brain normally rehashes newly learned material, a nocturnal rehearsal that strengthens those memories. Neuroscientist Jessica Creery and her colleagues forced this rehearsal by playing certain sounds while nine people with epilepsy learned where on a screen certain pictures of common objects were located. Then, while the subjects later slept, the researchers played the sounds to call up some of the associated memories.

This sneaky method of strengthening memories, called targeted memory reactivation, worked as expected for five people who didn’t have seizures during the process. When these people woke up, they remembered the picture locations reactivated by a tone better than those that weren’t reactivated during sleep, said Creery, of Northwestern University in Evanston, Ill. She presented the research March 25 at the annual meeting of the Cognitive Neuroscience Society.

The opposite was true, however, for four people who had mild seizures, detected only by electrodes implanted deep in the brain, while they slept. For these people, memory reactivation during sleep actually worsened memories, making the reactivated memories weaker than the memories that weren’t reactivated during sleep. The combination of seizures and memory reactivation “seems like it’s actually scrambling the memory,” Creery says, a finding that suggest that seizures somehow accelerate forgetting.