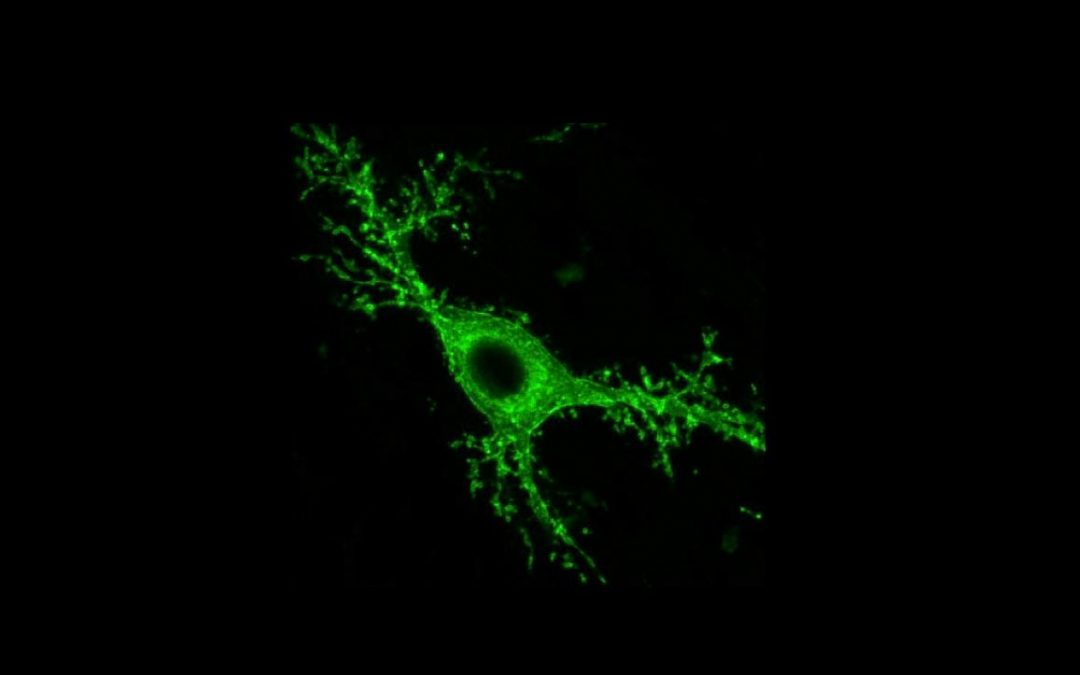 NIH-funded study in mice suggests loss of mossy cells plays a critical role in both.

New findings in a study of mice suggest that a loss of mossy cells may contribute to seizures and memory problems in a form of epilepsy.Ivan Soltesz, Ph.D., Stanford University.

A small group of cells in the brain can have a big effect on seizures and memory in a mouse model of epilepsy. According to a new study in Science, loss of mossy cells may contribute to convulsive seizures in temporal lobe epilepsy (TLE) as well as memory problems often experienced by people with the disease. The study was funded by the National Institute of Neurological Disorders and Stroke (NINDS), part of the National Institutes of Health.

“The role of mossy cells in epilepsy has been debated for decades. This study reveals how critical these cells are in the disease, and the findings suggest that preventing loss of mossy cells or finding ways to activate them may be potential therapeutic targets,” said Vicky Whittemore, Ph.D., program director at NINDS.

Mossy cells, named for the dense moss-like protrusions that cover their surface, are located in the hippocampus, a brain area that is known to play key roles in memory. Loss of mossy cells is associated with TLE, but it is unknown what role that plays in the disease. Using state-of-the-art tools, Ivan Soltesz, Ph.D., professor of neurosurgery and neurosciences at Stanford University, Palo Alto, California, and his team were able to turn mossy cells on and off to track their effects in a mouse model of epilepsy. 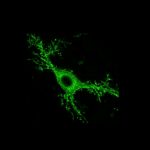 PHOTO: New findings in a study of mice suggest that a loss of mossy cells may contribute to seizures and memory problems in a form of epilepsy.Ivan Soltesz, Ph.D., Stanford University.“This study would not have been possible without the rapid advancement of technology, thanks in part to the BRAIN Initiative, which has encouraged scientists to develop innovative instruments and new ways to look at the brain,” said Dr. Soltesz. “It’s remarkable that we can manipulate specific brain cells in the hippocampus of a mouse. Using 21st century tools brings us closer than ever to unlocking the mysteries behind this debilitating disease.”

In TLE, many seizures, known as focal seizures, originate in one part of the brain and are evident on electroencephalography (EEG) scans that show the brain’s electrical activity. These seizures can result in symptoms such as twitching or a strange taste or smell, and many people with TLE might not be aware that these symptoms are seizures. Sometimes, focal seizures can spread throughout the entire brain becoming generalized, resulting in involuntary muscle spasms, or convulsions, that affect the limbs and other parts of the body as well as loss of consciousness.

“This was the first time we were able to show specifically that mossy cell activity can control convulsive seizures,” said Anh Bui, an M.D., Ph.D. student at the University of California-Irvine, and first author of the paper. “These mice were missing most of their mossy cells, yet we were able to see effects just by manipulating the small number of surviving cells.”

People with TLE often experience temporary changes in thinking and long-term problems with memory. Dr. Soltesz and his colleagues looked at the role of mossy cells in two specific types of memory: object recognition and spatial memory, which refers to identifying where objects are located and navigating around the environment. In these experiments, the mice were placed in a chamber with two identical items. The following day, one of the items was replaced with a different one (to test for object recognition) or moved to a different location (to test for spatial memory).

The epileptic mice had trouble with spatial memory tasks but their ability to recognize objects was unaffected. In addition, turning off mossy cells in healthy mice also led to problems with spatial memory in those animals. These findings suggest that a decrease in mossy cells may lead to convulsive seizures as well as memory deficits.

More research is needed to further understand the role of mossy cells in seizure progression as well as their effects early in the disease.

The NINDS is the nation’s leading funder of research on the brain and nervous system. The mission of NINDS is to seek fundamental knowledge about the brain and nervous system and to use that knowledge to reduce the burden of neurological disease.
About the National Institutes of Health (NIH): NIH, the nation’s medical research agency, includes 27 Institutes and Centers and is a component of the U.S. Department of Health and Human Services. NIH is the primary federal agency conducting and supporting basic, clinical, and translational medical research, and is investigating the causes, treatments, and cures for both common and rare diseases. For more information about NIH and its programs, visit www.nih.gov.