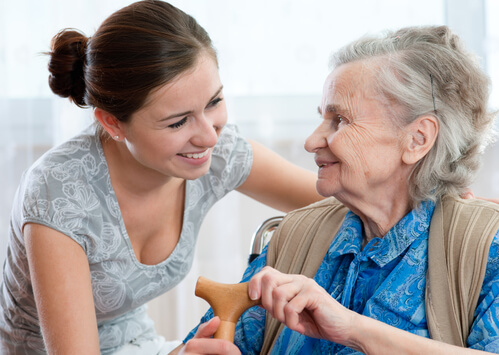 Epilepsy and Seizures in Older Adults 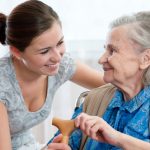 Did you know that seizures are more likely to develop in older adults? Learn to recognize the signs of seizures and how you can help.

Epilepsy is a broad term used for a brain disorder that causes seizures. In the United States, 2.4 million adults aged 18 years or older have active epilepsy.1,2 About 1% of adults 65 years of age and older have active epilepsy, which is about 447,000 people.1,2 That’s about the size of Corpus Christi, TX. With the aging of the population, we can expect to see greater numbers of people with epilepsy.

That’s because seizures are harder to recognize in older adults, and many go unnoticed. For example, memory problems, confusion, falls, dizziness, or sensory changes like numbness are often blamed on “getting older.”3,4 However, these can actually be signs of seizures.3,4

It is important to recognize and report these signs and symptoms to a health care provider so they can determine the cause and recommend the right treatment.

Stroke is a common cause of new epilepsy in older adults.

Older adults with epilepsy may face greater challenges than other age groups. Balancing epilepsy treatment when taking medicines for other health problems can be difficult. Older adults also have a high risk of falls, which can lead to serious injury. Additionally, some epilepsy medicines can cause bone loss which can increase risk of falls and injury.3

Epilepsy can limit daily activities such as driving a car. People who do not have control of their seizures are restricted from driving for different time periods, determined by the state you live in. After a lifetime of independence, losing the ability to drive can be especially difficult for older adults. Read more about this in an Epilepsy Foundation article about Living Independently.

About half of older adults who are told they have epilepsy do not know the cause of their condition.3 Known causes3,4 include:

Stroke is a common cause of new epilepsy in older adults.3,4 A stroke, sometimes called a brain attack, occurs when the blood supply to part of the brain is blocked or when a blood vessel in the brain bursts. In either case, parts of the brain become damaged or die.

You may lower your chances of stroke by making healthy lifestyle choices such as:

And controlling medical conditions such as:

Learn more about how these actions help to prevent stroke, and find resources to help you achieve a healthy lifestyle.

Training is available for caregivers of older adults with epilepsy.

For Caregivers: Seniors and Seizures Training

Learn about the Seniors and Seizures Training and how to participate. Free continuing education credits are available.

Do you know what to do if you see a seizure? Learn seizure first aid.