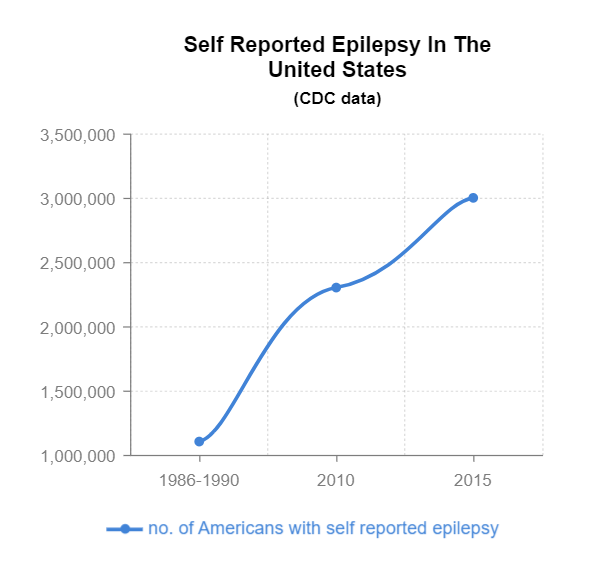 With Epilepsy on The Rise, Thousands of Americans Are Turning To The Internet For Advice

Epilepsy is on the rise in the USA, recent figures released by the Centers for Disease Control and Prevention (CDC) confirm.

According to a 2018 report issued by the CDC, “Active Epilepsy and Seizure Control in Adults — United States, 2013 and 2015”, the number of Americans self-reporting epilepsy rose from 2.3 million in 2010, to approximately 3 million in 2015.

A 1994 report — Current Trends Prevalence of Self-Reported Epilepsy, United States, 1986-1990 — estimated that the number of Americans with self reported epilepsy was just 1.1 million at the time.

Why we built the 100% non-profit EpilepsyU.com for U

www.EpilepsyU.com reaches an average of 1.3 million visitors each month!)

An increasing number of Americans are utilizing the internet for advice about their condition highlighting the need to provide epilepsy victims and families an authoritative, easy to understand, and comprehensive guide to this neurological disorder including epilepsy causes, symptoms, medication, and medical treatment.

Our sources: The Center for Disease Control and EIN News Wire