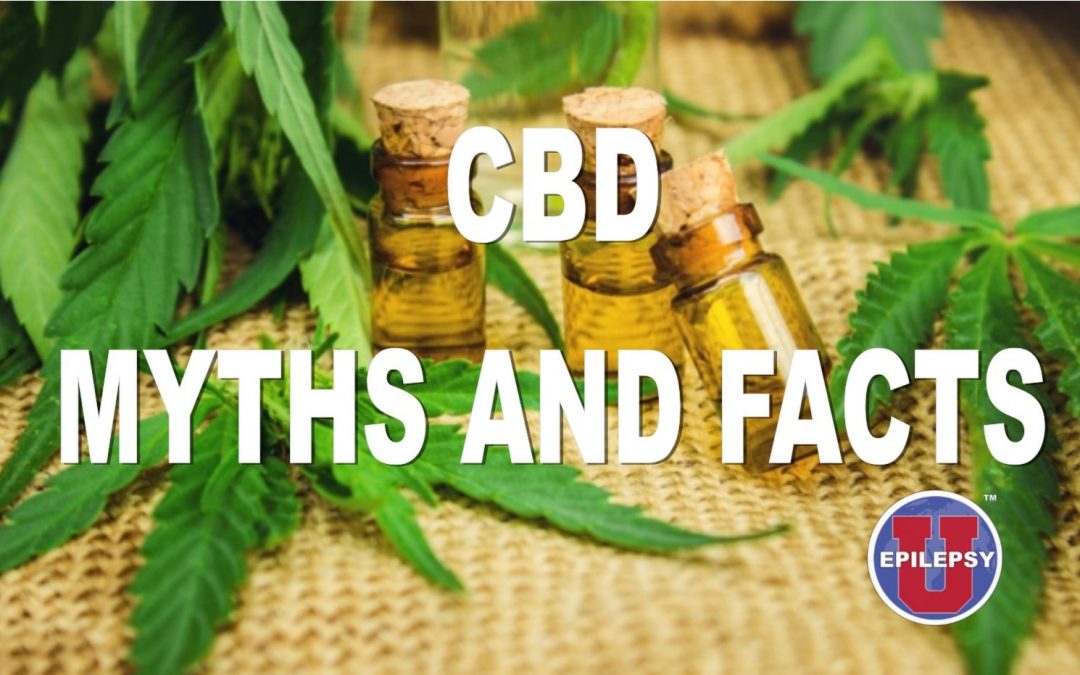 While a Food and Drug Administration advisory panel recently recommended pharmaceutical-grade cannabidiol (CBD) as a treatment for two rare forms of epilepsy, CBD medication is not the same thing as medical marijuana, which is more available than ever before and promoted for wide variety of health conditions. The American Epilepsy Society (AES) wants to alert the 3 million people with epilepsy about the myths and facts related to CBD medication – derived from one of the many compounds found in in cannabis (the marijuana plant) – and medical marijuana.

Medical marijuana, which is now legal in 29 states as well as the District of Columbia, refers to the physician-prescribed use of the whole, unprocessed marijuana plant or its basic extracts to treat the symptoms of an illness and other conditions. Medical marijuana currently is not recognized or approved by the FDA and there is limited research on whether the benefits of using medical marijuana outweigh the potential risks.

However, there is recent, rigorous research that suggests that the oral version of CBD, a highly formulated pharmaceutical-grade medication, is effective, particularly in some children with Lennox-Gastaut syndrome and Dravet syndrome, both treatment-resistant forms of epilepsy. An FDA advisory committee recently unanimously recommended CBD medication be approved for treatment of the two syndromes. The FDA is scheduled to make its decision by the end of June.

“If pharmaceutical-grade CBD is FDA approved, it may be a helpful medication to add to the treatment options, for certain children and adults with very challenging types of epilepsy,” said Shlomo Shinnar, M.D., Ph.D., president of the American Epilepsy Society and director of the Comprehensive Epilepsy Management Center, Montefiore Medical Center, Bronx, N.Y. “It’s important that people with epilepsy understand the difference between CBD medication and medical marijuana, which needs further research to determine its safety and effectiveness.”

AES recently updated its position on medical marijuana and CBD medication, and wants to dispel the following myths with facts to help increase awareness on their use for epilepsy.

Myth: All medical marijuana is the same.

Fact: All medical marijuana is not the same, and it’s difficult to know what you’re getting. While pharmaceutical-grade CBD is a purified, highly concentrated formulation manufactured under strict safety and effectiveness standards, there are many strains of medical marijuana with varying levels of the various compounds. Parents of children with epilepsy who aren’t in clinical trials for pharmaceutical-grade CBD should caution against asking a doctor to prescribe medical marijuana since it may contain pesticides and other dangerous impurities with unknown concentrations. (Recreational marijuana—approved in nine states and the District of Columbia—may be even more likely than medical marijuana to have impurities.) Also, samples of medical marijuana from dispensaries have shown that labels on products claiming to have a certain level of the compounds CBD or tetrahydrocannabinol (THC), the psychoactive component that produces a high, often are incorrect.

Fact: CBD medication and other AEDs are similarly effective in patients with Lennox-Gastaut syndrome and Dravet syndrome, which are treatment-resistant forms of epilepsy. Like AEDs, CBD medication can become less effective over time.

Fact: While many online companies, smoke and vape shops, and marijuana dispensaries sell CBD, these are not the same formulations as the pharmaceutical-grade CBD used in clinical trials, which meets strict guidelines for safety and purity. Purchasing these preparations is highly risky because there is no way to know how much CBD they contain (if any), nor are there standards to ensure they are free of impurities and dangerous chemicals.

Myth: If patients don’t benefit from AEDs, CBD is the only remaining option.

Fact: There are a number of treatment options for children with challenging forms of epilepsy. For example, there are many AEDs available, and if one doesn’t work, another one might. Beyond AEDs, there are other options for controlling epilepsy, including the ketogenic diet and surgery.

“Since we don’t yet have an FDA-approved CBD formulation, there has been a push to approve medical marijuana for families whose children struggle with these treatment-resistant epilepsies,” said Dr. Shinnar. “But while it is a well-intentioned effort, this is risky because medical marijuana not the same as pharmaceutical-grade medication that is used under medical supervision.”

The use of pharmaceutical-grade CBD for the treatment of epilepsy continues to evolve and the AES position on medical marijuana notes: “AES calls on government, private funders and manufacturers to support and develop well-designed, controlled, scientifically rigorous research for any cannabis-based products that have potential to have positive effects in the treatment of resistant epilepsy.”

Myth: CBD is medical marijuana and both produce a high.

Fact: Although CBD medication is derived from a compound in the cannabis plant, it is not the same as medical marijuana and does not produce a high. CBD is one of the more than 500 compounds in cannabis. Pharmaceutical-grade CBD contains only CBD. Medical marijuana contains CBD, but also many of the other compounds, including THC. Because pharmaceutical-grade CBD only contains trace amounts of THC, it does not get the user high.