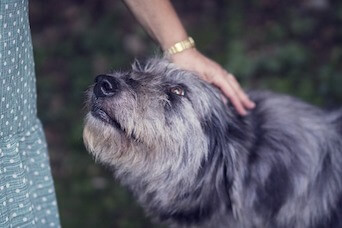 Canine epilepsy researchers at the North Carolina State University College of Veterinary Medicine recently conducted an online survey to question owners of epileptic pets on multiple aspects of managing the disease. Results of the survey were published recently in the Journal of the American Animal Hospital Association.

The survey, consisting of 59 questions, was available online from July 2011 through August 2012. Questions addressed demographic information; medical history; treatment efficacy, adverse effects, and financial cost; and perceived quality of life for the pet and owner. Partially answered surveys were included in analysis.

Two hundred twenty-five owners of epileptic dogs from North America, Europe, and Australia completed the survey. The respondents’ dogs represented more than 33 breeds, and the mean onset of seizures was 30.2 months. Owners reported seizure activity ranging from partial or isolated to cluster seizures. Most dogs experienced fewer than 1 (32%) or 1 to 4 (36%) seizures per month, while 13% of dogs had been seizure-free over the previous 6 months. Sixty (21%) dogs had been hospitalized at least once for seizure activity.

Of 98 responses received about diagnostic testing, owners indicated routine bloodwork as the most commonly performed diagnostic test for seizures (76%), followed by MRI (31%), abdominal ultrasound (23%), and computed tomography (17%). The cause of seizures for most (89%) dogs was presumed or confirmed to be genetic. Owners indicated several triggers for their pets’ seizures, including stressful events (eg, veterinary visits and boarding), lunar phase, and weather and barometric changes.

Medical treatments for epilepsy included phenobarbital, bromide, levetiracetam, zonisamide, and gabapentin. Most (81%) owners reported adverse effects from antiepileptic treatment, including lethargy, increased appetite or thirst, and cognitive changes. The median monthly cost of antiepileptic medication ranged from $51 to $75, with 10% of respondents spending over $200 per month on medication.

Eighty-percent of respondents indicated they received some form of veterinary support for long-term management of epilepsy via direct dialogue with veterinary staff, educational materials, and/or interacting with other clients. Most respondents also subscribed to online support groups for owners of epileptic pets.

Combined quality of life scores for owners and their pets were relatively low at the onset of seizures and before antiepileptic treatment was initiated. Scores remained relatively low in cases of poorly controlled epilepsy, while the highest scores were reported for dogs with infrequent seizure activity and no medication adverse effects. The number and average monthly cost of medications did not significantly affect quality of life.

Owners and their dogs were able to maintain a relatively high quality of life, despite the diagnosis, if the disease was well controlled and treatment had minimal side effects. Most owners also relied on emotional and educational support from their veterinarians and online pet-owner groups for long-term management of the disease.

New Treatments for Epilepsy In Dogs

“Some of the new therapies that are out there would be drugs [such as] Keppra (levetiracetam), Zonegran (zonisamide), topiramate (Topamax), gapapentic, pregabalin (Lyrica), and then some pets are being given cannabinoids (or CBD). If we go back to the medications that I use most frequently, [I use] Keppra because it is a very effective medication for some patients, especially with myoclonic epilepsy. It tends to be very safe. It has both a standard release formulation and an extended release formulation (XR). The benefit of the XR formulation is patient compliance because it is a twice-a-day medication. The standard release medication typically has to be given three times a day for efficacy and so that is challenging for most pet owners. The value of the XR formulation is that we get better patient compliance, which means, hopefully, better epilepsy control.

Zonisamide (or Zonegran) is another medication I use regularly. I find it to be a very safe medication [and] it is very well-tolerated. It [also has] a low sedative profile.

Keppra has very few side effects, if any. Zonisamide does occasionally cause idiosyncratic reactions. The most common one that has been reported has been hepatopathy or disease of the liver, and it is typically an acute hepatopathy that occurs in the first two weeks of therapy. Beyond that, to my knowledge, there are no chronic side effects of zonisamide and for that reason I think it is a very good and effective medication. I still check labs, typically once a year, in a patient, looking for any long-term potential side effects. Whereas with Keppra, there is no drug monitoring necessary because the drug has no internal toxicities.”

The use of cannabinoids in managing epilepsy is really in the forefront right now in the human field. There is a good study that came out of Colorado [this year] looking at CBD for people with severe and refractory epilepsy and they found some efficacy for [CBD] for patients within that study. For the use in animals, it is still difficult because legislation does not permit the use of CBD in veterinary animals. Even in states that have medical cannabis laws, it is not extrapolated to animals.

There are states that have recreational cannabis usage, and in those states there is the possibility of using CBD to manage pets who have epilepsy. There is also the possibility of using CBDs that are extracted from industrial hemp, because that is, in fact, legal. There is some question as to the value or the quality of the CBD that is extracted from industrial hemp [however] and also a lot of the products may not contain what they report.”