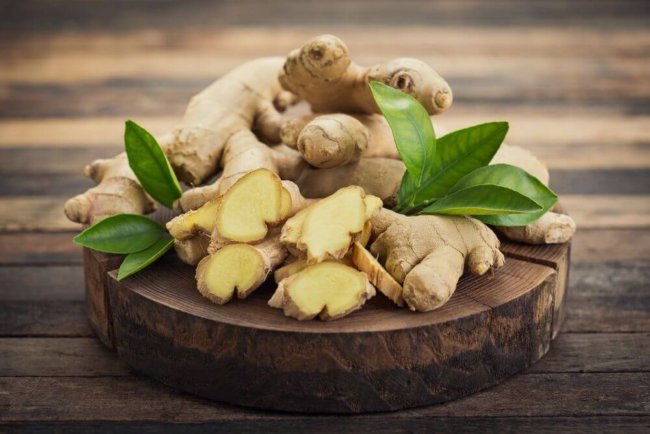 GINGER is used in Nigerian folk medicine to manage colds, pain, arthritis, vomiting and nausea. Beyond all these, ginger has promising benefits that may reduce cognitive deficits, brain cell loss, and seizure severity in individuals with epilepsy.

In a new study, researchers said that ginger may be used as supplements to antiepileptic drugs to potentiate their effectiveness with tolerable side effects. Ginger alone did not affect seizure severity but as a supplement with Sodium Valproate, an antiepileptic drug, it can significantly improve learning performance and protect against brain cell loss.

Epilepsy is a neurological disorder that affects people of all ages. According to World Health Organization, globally about 2.4 million people are diagnosed with epilepsy annually. This debilitating neurological disorder is often accompanied by cognitive deficits affecting attention, language, memory, and executive functions and adversely affects the quality of life of the patients and their families.

Although epilepsy is a treatable condition, over 75% of the patients from low-income populations around the world do not receive any treatment. Therefore, new antiepileptic medications with high efficacy and a more tolerable side-effect profile need to be developed and made available in low-income countries.

Recent preclinical studies showed that ginger extract might also be useful in the treatment of Alzheimer’s disease and cognitive impairment. The chemical constituents of ginger, specifically, [6]-gingerol, [8]-gingerol, and [6]-shogaol can penetrate the blood-brain barrier, suggesting that these substances might contribute to the effects of ginger extracts on the central nervous system.

The researchers had determined whether chronic administration of aqueous extract of ginger alone (GE) or in combination with SDV can ameliorate seizure severity, cognitive impairments, and brain cell loss in animal models with epilepsy.

Afterwards, the mice underwent a learning performance test. Their brains were also excised and the hippocampi isolated from them for studies. It was in the journal, OBM Integrative and Complementary Medicine

Pretreatment with sodium valproate at 100 and 200 mg/kg significantly reduced the seizure severity score compared to what occurred in the control group that had a salt solution. Ginger extract alone did not affect kindled seizures.

However, the co-administration of ginger extract with sodium valproate did not significantly enhance the effect of sodium valproate in reducing the seizure severity score, suggesting that the treatment only caused a gradual increase in brain excitability.

The researchers said that although the combination of ginger extract and sodium valproate reduced the anticonvulsant activity of sodium valproate, it significantly counteracted learning deficits in epilepsy animal models.

However, they said that subsequent studies should consider the effect of ginger extract in combination with sodium valproate and other antiepileptic drugs in preventing epileptic attacks and anti-inflammatory actions.

Previous studies have identified local herbs and spices that could be used to effectively manage neurological disorders like convulsion, epilepsy and seizures. The local plants include Tetrapleura tetraptera, cowhage, cloves, turmeric, thyme, and Cannabis sativa.

Tetrapleura tetraptera is locally known as aridan among the Yoruba, osakirisa or oshosho among the Igbo, dawo among the Hausa, all in Nigeria. Commonly called Velvet bean or Cowhage, Mucuna pruriens is known as werepe in Yoruba and agbala or agbaloko in Ibo.

Turmeric is a spice that comes from the root of Curcuma longa, a member of the ginger family, Zingaberaceae. In Nigeria, it is called atale pupa in Yoruba; gangamau in Hausa; nwandumo in Ebonyi; ohu boboch in Enugu (Nkanu East);  and onjonigho in Cross River (Meo tribe).

Results of a study published in Phytotherapy Research concluded: “Tetrapleura tetraptera fruit aqueous extract (TTE) possesses analgesic and anticonvulsant properties. These findings lend pharmacological support to the suggested folkloric uses of the plant’s fruit in the management and/or control of painful, arthritic inflammatory conditions, as well as for the management and/or control of epilepsy and childhood convulsions in some tropical African countries.”

Also, extracts of cloves have been used to treat convulsion, seizures and sleeplessness in a study published in the Nigerian Journal of Pharmaceutical Sciences. According to the study, “The result of this study, therefore, suggests that the ethyl acetate fraction may not have contained the bioactive constituents that are useful in the treatment of epilepsy. However, the fraction may contain constituents that are beneficial in potentiating the effects of diazepam in inducing sleep suggesting sedative activity of the fraction.”