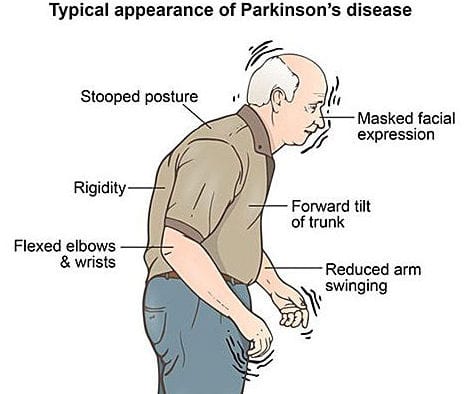 Epilepsy Drugs May Up Risk of Parkinson’s

There was a significant association between AED prescriptions and incident Parkinson’s disease, and the magnitude of the association rose with an increasing number of prescriptions and for those who took more than one AED, Alastair Noyce, PhD, of Queen Mary University of London, and colleagues reported in JAMA Neurology.

Of the four most commonly prescribed AEDs in the U.K., carbamazepine wasn’t significantly associated with Parkinson’s, but three AEDs did have a significant relationship:

To further explore that potential relationship, Noyce and colleagues conducted a nested case-control study using data from the U.K. Biobank, which began collection in 2006. Cases were defined as individuals with a hospital-coded diagnosis of PD.

Ultimately, they assessed 1,433 Parkinson’s cases and 8,598 matched controls. Among patients with Parkinson’s, 60.9% were male, median age at diagnosis was 71 years, and about 98% were white.

The researchers noted that the association between sodium valproate and incident Parkinson’s was the most robust, and remained strong in further adjusted models.

They also conducted sensitivity analyses excluding prescriptions issued 1, 2, and 5 years before the date of the Parkinson’s diagnosis to control for cases of transient drug-induced parkinsonism. Once again, the analyses didn’t alter the strength of the associations between the three drugs and Parkinson’s disease, they reported.

This analysis also reduces the possibility of reverse causation “in which some patients with PD may have been treated with selected AEDs for early mood or neuropsychiatric symptoms,” they wrote.

Noyce and colleagues noted that studies have shown AEDs can interfere in dopamine pathways. Sodium valproate and carbamazepine are associated with downregulation of dopamine receptors and with dopamine insensitivity, they noted.

Their observation is also supported “by postmortem studies showing that individuals with drug-induced parkinsonism have reduced levels of homovanillic acid and dopamine in the striatum,” they added. A higher risk of psychotropic adverse effects has been observed in individuals taking levetiracetam “if they had genetic variants associated with decreased dopamine activity.”

Noyce and colleagues noted that a “major limitation” of the study is that epilepsy is a “common reason for admission to the hospital,” so ascertainment of Parkinson’s “may contribute to the observed associations simply because patients with epilepsy had been admitted to the hospital more than patients without epilepsy.”

They also warned that their study was likely underpowered to detect effects in some of their sensitivity analyses and that results couldn’t be extrapolated to other AEDs.

Still, the researchers concluded that the study “sets the scene and highlights the need for further work to corroborate our findings in other large data sets because these findings could have important implications for clinical decision-making.”