A high overall incidence of epilepsy in children with congenital heart disease (CHD) and a markedly higher incidence in those with perioperative clinical seizures (CS) prompted a neurocardiology team to call for increased perioperative electroencephalogram (EEG) monitoring. 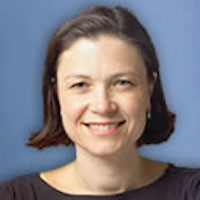 “With high survival rates, the focus of pediatric cardiac surgical teams has shifted towards improving functional outcomes with the ultimate goal of offering our tiny patients a bright cardiac and neurodevelopmental future,” Poirier said.

Poirier said this goal is only feasible with collaboration with neurologists, intensivists, developmental pediatricians, paramedical professional including physiotherapists and occupational therapists, and clinical investigators.

Such a multidisciplinary team collaborated with researchers at the Clinique d’Investigation Neuro-Cardiaque (CINC), Sainte-Justine, Montreal, Canada, and study principle investigators, Lionel Carmant, MD and Ala Birca, MD, PhD, to conduct a prospective investigation of the incidence and risk factors of perioperative clinical seizures (CS) and epilepsy in children who undergo cardiac surgery for complex CHD.

The investigators identified 128 consecutive children with CHD who underwent cardiac surgery with or without cardiopulmonary bypass at a neurocardiac clinic to follow for a period of at least 2 years. Perioperative seizures were defined as any CS occurring before the first surgery or less than 21 days after any surgery; and epilepsy as seizure recurrence more than 21 days after surgery.

Univariate logistic regression was applied to determine risk factors for perioperative CS and the development of epilepsy.

Analysis revealed that CS was most common in patients with higher Risk Adjustment for Congenital Heart Surgery (RACHS) scores, delayed sternal closure and use of extra corporeal membrane oxygenation (ECMO). These patients also required longer periods in the pediatric intensive care and durations of hospital stay.

In addition, there was higher likelihood of CS in patients with longer cardio-pulmonary bypass, aortic clamp times and deep hypothermic circulatory arrest. Use of ECMO and longer hospital stay was also associated with epilepsy.

Carmant, Birca and colleagues note that EEG monitoring had not been systematically performed in this cohort, but that it had detected 1 additional patient with preoperative EEG-only seizure. They suspect, therefore, that the reported 7.8% of children with clinically apparent seizures was an under representation of the actual incidence of seizures, and of those at highest risk for epilepsy.

“None of the patients without perioperative CS developed epilepsy,” investigators observed. “We believe that both clinical and EEG-only seizures are equally involved in epileptogenesis.”

“This underscores the importance of perioperative EEG monitoring, as seizure persistence during the critical period is one of the main predictors of later epilepsy,” Carmant, Birca and colleagues indicated.

“Continuous EEG monitoring of brain activity allows us to detect seizures, which are frequently not clinically manifest, but may contribute to brain injury and long-term sequelae such as epilepsy and impaired neurodevelopment,” she said.

Investigators strongly advocated for a “more liberal use” of EEG monitoring in vulnerable infants.

The study, Epilepsy and Seizures in Children with Congenital Heart Disease: A Prospective Study, was published online in Seizure: European Journal of Epilepsy.