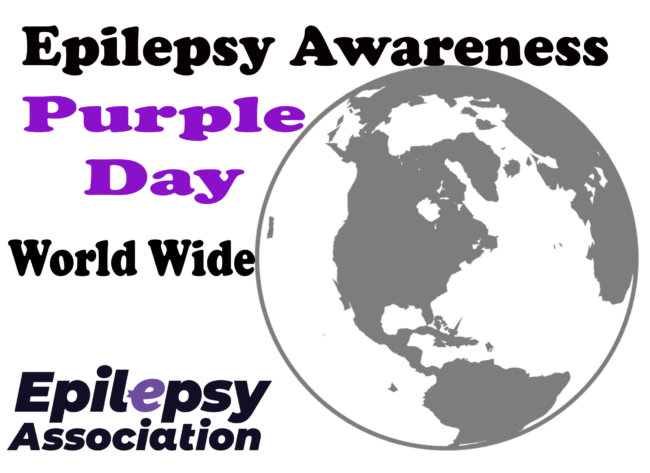 Celebrated annually on March 26, Epilepsy Awareness Day, or Purple Day, was created to increase the public’s understanding of this brain disorder and to eliminate the fear and stigma surrounding it. With over 3.5 million people diagnosed with epilepsy in the U.S. and over 50 million worldwide, it is likely you know someone living with the day-to-day challenges epilepsy brings. The good news is epilepsy can be easily managed if diagnosed and treated correctly, so awareness and research are important. Join one of the grassroots campaigns to raise awareness in your community today!

WHEN IS EPILEPSY AWARENESS / PURPLE DAY 2022?

Epilepsy Day is observed every year on March 26.

Cassidy Megan from Nova Scotia, Canada, founded Epilepsy Awareness Day with the first event held on March 26, 2008. Motivated by her own diagnosis and struggles of living with epilepsy, she realized the importance of everyone understanding this common neurological disorder. She created an avenue for people to learn, engage, and support the public’s education of epilepsy as well as dispel the myths and fears surrounding it.

Epilepsy is caused by electrical disturbances in the brain resulting in seizures of various types. It can be a scary condition to people who do not understand what is going on, which has led to many unnecessary assumptions and even laws about the disease and the capabilities of those who live with it. It’s the fourth most common neurological disorder after migraines, strokes, and Alzheimer’s. Estimates show that one in 26 Americans will develop epilepsy at some point in their life.

In 2009, the Anita Kaufmann Foundation partnered with the Epilepsy Association of Nova Scotia to launch Purple Day, bringing more collective attention and structured campaigns to the purpose of the day in the U.S. and internationally. Over 100,000 students, 95 workplaces, and 116 politicians participated in Purple Day events that same year.