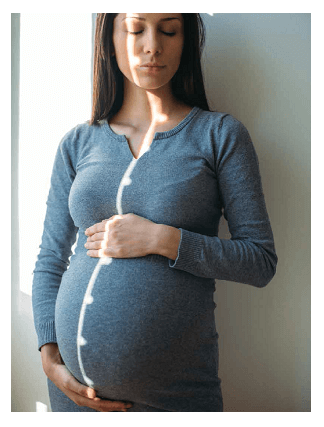 Epilepsy and Pregnancy: What Are the Risks? 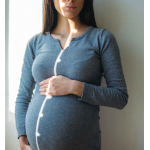 In the October/November issue of Neurology Now, we report on what women of reproductive age with epilepsy, migraine, or multiple sclerosis need to know about drugs used to treat these conditions. At press time, a new study was published that looked more closely at the risks of giving birth for women who have epilepsy.

A new study quantifies the risks to women with epilepsy who give birth—or does it?

An article published in JAMA Neurology in July attempted to quantify, once and for all, the risks for women with epilepsy who give birth. To do this, the study authors, from Harvard University and Brigham and Women’s Hospital in Boston, combed through the delivery hospitalization records of a sample representing 20 percent of all hospitals in the United States from 2007 to 2011. That entails delivery records from 69,000-plus women with epilepsy and nearly 20.5 million women without it—an unquestionably large cohort that appeared to yield gigantic news.

The study authors found that women with epilepsy were more than 10 times more likely than women without the condition to die during delivery, perhaps because they were also more likely to experience preeclampsia (dangerously high blood pressure), preterm labor, hemorrhage, and chorioamnionitis (an inflammation of the fetal membranes due to a bacterial infection). Plus, they typically had longer hospital stays, were more likely to have cesarean deliveries, and were more likely to undergo induced labor. Babies born to women with epilepsy had a higher risk of stillbirth, poor intrauterine growth, fetal distress, and congenital abnormalities than babies born to women without epilepsy.

Not So Fast, Say Two Experts

But the numbers only tell part of the story, according to an accompanying editorial by Jacqueline French, MD, FAAN, co-director of epilepsy research and epilepsy clinical trials at New York University’s Comprehensive Epilepsy Center, and Kimford J. Meador, MD, FAAN, clinical services director of Stanford University’s Comprehensive Epilepsy Program. “The data presented are convincing but lack the detail to answer the most compelling questions,” they write. “Namely, who is at risk and why did the women die?”

Drs. French and Meador note that, according to the study’s own data, women with epilepsy were more likely to have chronic conditions such as hypertension, diabetes, problems with alcohol and substance abuse, and psychiatric issues than women without epilepsy. Was the elevated risk of pregnancy complications and maternal death due to the women’s epilepsy, or another condition?  Was it due to the antiepileptic drugs the women were taking? “We need to understand the mechanisms underlying these risks, including death,” they write, “so that we can identify the specific populations at risk and devise interventions to reduce these risks.”

The Risk Is Relative

The relative risk to pregnant women with epilepsy is high, as the study pointed out, but the absolute risk is still low, says Dr. Meador. “Yes, women with epilepsy do have greater risks due to their condition and medication than women who do not have either,” he says. “But the vast majority of pregnancies in women with epilepsy are successful and without complications.”

To ensure a safe pregnancy, he says, “women should plan ahead with their neurologist and a perinatologist [an obstetrician who specializes in high-risk pregnancies] to pick the very best antiepileptic drug and make sure it stays at a therapeutic level, and to take 1 mg folate [available in vitamin form at any pharmacy] per day, starting before and continuing throughout the pregnancy, to protect the intellectual health of the baby.”