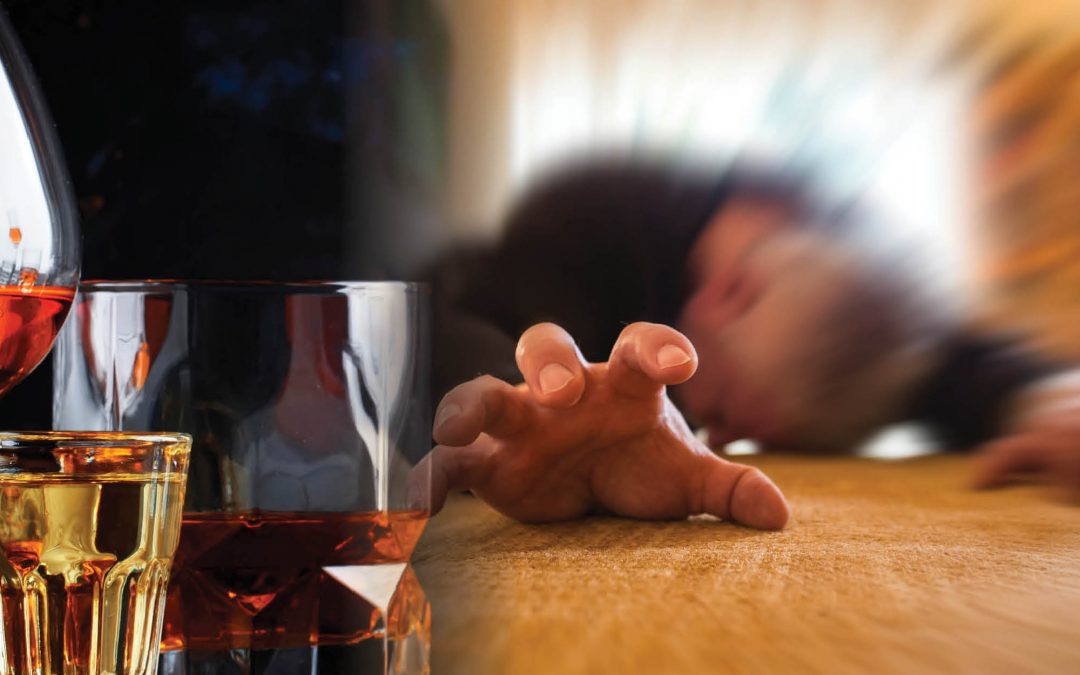 There’s a complex relationship between seizures and alcohol. Heavy, long-term alcohol use and withdrawal from alcohol can lead to seizures. Alcohol can also trigger seizures if you have epilepsy and often interacts poorly with anti-seizure medications.

In this article, learn what alcohol does to the brain, how it can lead to seizures, and what you need to know about alcohol use if you already have a seizure disorder.

How Alcohol Affects the Brain

Alcohol affects the way brain signals travel and communicate. When these signals are disrupted, the following symptoms can appear:

Balance and movement issues caused by alcohol consumption may resemble a seizure, but seizures are more commonly associated with heavy or long-term alcohol use.

People who drink a lot of alcohol for an extended period can develop permanent changes in their brains, and removing alcohol can lead to withdrawal symptoms. Seizures, and a severe condition called delirium tremens, are possible complications of alcohol withdrawal.

Can Alcoholism Cause Epilepsy?

People who drink heavily for an extended period may experience seizures if they stop using alcohol, even for a brief time. Seizures are often associated with alcohol withdrawal.

Delirium tremens is the most severe form of alcohol withdrawal and affects about 2% of people with alcohol use disorder.

Seizures and other hyperactive responses are common with delirium tremens and include other symptoms such as:

Alcohol withdrawal can be dangerous for many reasons, but seizures and the possible development of delirium tremens increase the risk of severe complications or even death.

Light, infrequent drinking isn’t linked to seizures, but people who are regular or heavy alcohol users have an increased risk of alcoholic tremors or seizure activity. Though alcohol can trigger seizures, they are more often linked to withdrawal from alcohol if your body has developed a tolerance for it and dependency on it.

Alcohol withdrawal happens when you consume alcohol heavily or regularly enough that your body has developed a dependence on it. When you are dependent on alcohol and go without it, you may experience symptoms of withdrawal that can include the following:

Symptoms are generally mild during the first 12–24 hours of withdrawal but increase in intensity around the third day without alcohol. This is usually when seizures can occur if they do at all.

Is It Safe to Drink Alcohol if You Have Epilepsy?

A report from 2021 also found that alcohol-related deaths were five times more likely in people with epilepsy than those without the condition.

Alcohol use can trigger seizures in people with epilepsy. Those with epilepsy who have alcohol dependence and stop drinking suddenly have an additional risk of withdrawal-induced seizures.

Another one of the big reasons people with epilepsy are warned not to consume alcohol is that many of the anti-seizure and anti-epileptic drugs that treat epilepsy do not mix well with alcohol. Most of these medications lower your alcohol tolerance, causing you to become intoxicated or feel the effects of alcohol more quickly or severely.

How Much Is Too Much?

Alcohol consumption and its impact on your mind and body depend on the individual. Your body size, gender, metabolism, and genetics can affect alcohol tolerance and dependence.

Generally, heavy drinking is defined as:

Binge drinking (heavy drinking in a short period or single occasion) is considered:

Although these are general guidelines, your tolerance or consumption recommendation can vary based on your overall health, size, and medical condition.

Heavy alcohol use can lead to seizures, especially when you stop drinking and start to enter a period of withdrawal. However, if you have a seizure disorder or epilepsy, you also face risks when drinking alcohol—both from the increased risk of seizure activity and potential interactions with seizure medications.