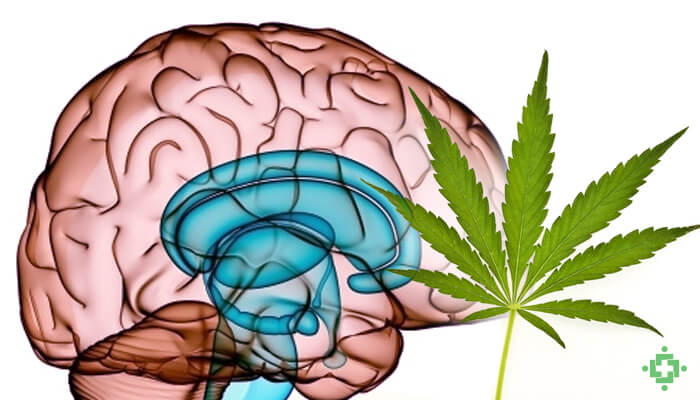 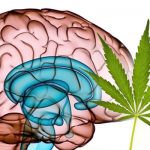 New physician reports of clinical effect and safety associated with the Epidiolex® (Cannabidiol or CBD) expanded access program. These data were presented by study authors at the American Epilepsy Society Annual Meeting (AES).

“We are pleased to report these promising data on significant numbers of children,” said lead author Orrin Devinsky, M.D., of New York University Langone Medical Center’s Comprehensive Epilepsy Center. “These data reinforce and support the safety and efficacy we have shared in previous studies. Most importantly it is providing hope to the children and their families who have been living with debilitating seizures.” However, Devinsky cautions that “these results are from an uncontrolled study. Further study is needed before results can be confirmed. Randomized controlled studies are now underway to help us better understand the effectiveness of the drug. We very much look forward to the results from these studies during 2016.”

“It is reassuring that this Epidiolex data on almost twice the number of patients from the last presentation further reinforces and supports the encouraging signals of efficacy and safety reported previously. Specifically, in the patient populations that GW is targeting for development, Dravet syndrome, Lennox-Gastaut syndrome and Tuberous Sclerosis Complex, Epidiolex treatment was associated with meaningful reductions in seizures as well as a sustained response,” stated Justin Gover, GW’s Chief Executive Officer. “GW now looks forward to top-line results from the Phase 3 pivotal safety and efficacy studies in Dravet syndrome and LGS in 2016.”

Physician reports of clinical effect and safety data have been presented on 261 children and young adults with treatment-resistant epilepsy who have been treated with GW’s investigational product, Epidiolex, for a period of at least 12 weeks (Devinsky et al). These data are from 16 clinical sites in the United States and were generated under expanded access Investigational New Drug applications (INDs) authorized by the U.S. Food and Drug Administration (FDA). In addition, physician reports of safety data were presented on 313 patients (261 patients with 12 weeks treatment effect data plus additional 52 patients still in their first 12 weeks of treatment or who withdrew from treatment). The expanded access program comprises clinical studies performed by individual physicians.

FDA authorized expanded access programs facilitate access to investigational drugs for treatment use for patients with a serious or immediately life-threatening diseases or conditions who lack therapeutic alternatives. The patients included in the Epidiolex program had Dravet syndrome (17% of the total) and LGS (15% of the total), epilepsy types that can lead to intellectual disability and lifelong seizures, as well as 14 other types of severe epilepsy, such as TSC, Aicardi syndrome and Doose syndrome. Many of these other types of epilepsy are severe and rare, and several patients with these epilepsies have major congenital structural brain abnormalities.

The 261 patients were predominately children with an average age of 11.8 years. In all cases, Epidiolex was added to current anti-epileptic drug (AED) treatment regimes. On average, patients were taking approximately 3 other AEDs. At baseline, the median number of convulsive seizures per month was 31.

At the request of the study authors, the data disclosed in this press release is limited to the data presented at the AES meeting.

Data were presented on all 261 patients who had at least 12 weeks treatment. Treatment was open label. Of these 261 patients, 135 patients had also reached 36 weeks treatment at the time of data analysis. Information collected on all seizures (convulsive and non-convulsive) is reported for each patient. Data are presented showing the median change in seizure frequency compared to a 4-week baseline period.

At the end of 12 weeks, the median overall reduction in convulsive seizure frequency was 48.8%.

Data were presented on 44 patients with Dravet syndrome who had at least 12 weeks treatment data. Of these 44 patients, 25 patients had also reached 36 weeks treatment at the time of data analysis. Information collected on all seizures (convulsive and non-convulsive) is reported for each patient. Data are presented showing the median change in seizure frequency compared to a 4-week baseline period.

At the end of 12 weeks, 13% of Dravet syndrome patients were seizure-free.

Data were made available on all 217 patients with diagnoses other than Dravet syndrome who had at least 12 weeks treatment. Of these 217 patients, 110 patients had also reached 36 weeks treatment at the time of data analysis. Information collected on all seizures (convulsive and non-convulsive) is reported for each patient. Data are presented showing the median change in seizure frequency compared to a 4-week baseline period.

Data were presented on 40 patients with LGS who had at least 12 weeks treatment data. Of these, 14 patients had atonic seizures at baseline. In these patients, there was a 71.1% median reduction in the number of atonic seizures at the end of 12 weeks.

Safety and efficacy data on 10 patients diagnosed with TSC from the expanded access program were presented by Massachusetts General Hospital for Children (Geffrey et al) on CBD treatment of refractory epilepsy in these patients. In this poster, there was a response rate of 50%, 50%, 40%, 60% and 66% at 2, 3, 6, 9, and 12 months of treatment with Epidiolex, respectively. Improvements were reported in alertness, verbal capacity/communication, vocalizations, cognitive availability, and initiation of emotional and physical connections, as well as heightened expression of emotion. Side effects were seen in 50% of patients (5) and most were resolved with anti-epileptic drug or CBD dose adjustment.

Safety and efficacy data on 9 patients suffering from epileptic spasms from the Epidiolex expanded access program were presented by Massachusetts General Hospital for Children (Abati et al). Epilepsy spasms often remain refractory to standard anti-epileptic drugs. According to this poster, Epidiolex exerted its effects in a short time course, with a response rate of 67% after two weeks and 78% after 1 month. Three of nine patients became spasm-free after two weeks of Epidiolex treatment. By parent report, patients also showed cognitive gains including improvements in alertness, verbal capacity/communication, and cognitive availability.

Expanded access studies are uncontrolled, carried out by individual investigators, and not typically conducted in strict compliance with Good Clinical Practices, all of which can lead to a treatment effect which may differ from that in placebo-controlled trials. These studies provide only anecdotal evidence of efficacy for regulatory review. These studies contain no control or comparator group for reference and these patient data are not designed to be aggregated or reported as study results. Moreover, data from such small numbers of patients may be highly variable. Information obtained from these studies, including the statistical principles that the independent investigators have chosen to apply to the data, may not reliably predict data collected via systematic evaluation of the efficacy in company-sponsored clinical trials or evaluated via other statistical principles that may be applied in those trials. Reliance on such information to design our clinical trials may lead to Phase 2 and 3 trials that are not adequately designed to demonstrate efficacy and could delay or prevent our ability to seek approval of Epidiolex. Expanded access programs provide supportive safety information for regulatory review. Physicians conducting these studies may use Epidiolex in a manner inconsistent with the protocol, including in children with conditions beyond those being studied in GW-sponsored trials. Any adverse events or reactions experienced by subjects in the expanded access program may be attributed to Epidiolex and may limit our ability to obtain regulatory approval with labeling that we consider desirable, or at all.