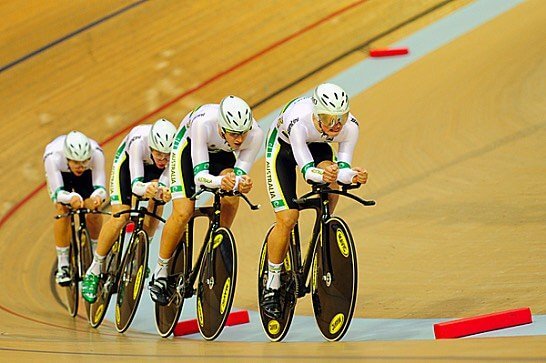 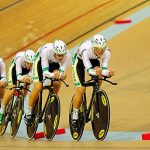 An ultra-marathon cyclist with epilepsy has broken world indoor-track records for the longest distances covered in six and eight hours.

Katie Ford dedicated the records she broke on July 2 at the Sir Chris Hoy Velodrome in Glasgow’s Emirates Arena to raising epilepsy awareness.

The Glasgow rider covered just over 190 miles in 12 hours on the track. In addition to the six- and eight-hour distance records, she broke Britain’s fastest 100-mile indoor time and the Ultra Marathon Cycling Association’s 12-hour indoor track distance record.

Ford, who began experiencing convulsions at the age of 4, was diagnosed at 9 with right temporal lobe epilepsy.

The Epilepsy Foundation describes the condition as characterized by seizures beginning in the temporal lobe that can involve a mixture of feelings, emotions, thoughts, and experiences both familiar and foreign. In some cases, series of memories resurface. In others, the person feels as if everything — including home and family — is strange.

Epilepsy experts say these experiences, which they call auras or warnings, can also include hallucinations of voices, music, people, smells, or tastes. Ford experienced up to 12 auras a day.

In 2001, at age 14, she had brain surgery she hoped would control her epilepsy. The operation, which only 5 percent of epileptics were eligible for at the time, gave her five seizure-free years.

Unfortunately, “after five years I had a breakthrough seizure,” she told Epilepsy Action. “The medicine I take now controls the epilepsy almost entirely; I have an average of one seizure a year.”

The breakthrough seizure led to Ford quitting her job as a police constable: She decided to quit rather than take an office job with the force.

Ford had a second seizure about 15 months after the first. At the time, she had been driving again for three months. She wasn’t behind the wheel when the seizure occurred, but she stopped driving for good to prevent her form hurting someone.

She told Epilepsy Action that giving up driving led to her developing an “incredible bond with my bike, because it’s my independence and my freedom.”

“For me, my sport saved me, allowed me to talk about my medical condition, gave me back my freedom and made my life fulfilling,” she said in her blog, “The Diary of an Epileptic Ultra Cyclist.”

“It made sense then, that being a cyclist, partly to use as a kind of meditation from life, partly because I made the choice never to drive again, that if I was going to do something that would stand out as a cyclist, it would be ultra-marathon riding,” she said. “I wanted to be able to say that someone with epilepsy could hold some of the toughest cycling records in the world, and in the absence of seeing someone else doing it with epilepsy, felt I could take them on myself.”

In 2008, to raise awareness of epilepsy, Ford completed the Race Across America, which runs from the West to the East coasts. Riders must travel 3,000 miles, or 30 percent longer than the Tour de France.

When asked about her 12-hour ride at Glasgow, Ford told Epilepsy Action: “I’m just really pleased. I was really pushing my limits in terms of pain and physical ability, and what I wanted to get out of it was to show what people with epilepsy can do.”

In addition to boosting epilepsy awareness, Ford has raised just under £16,000 — about $20,600 — for Epilepsy Action and the Edinburgh Children’s Hospital Charity. She plans to auction the bike she used in the race to raise additional funds for the charities, which she says “are very close to my heart or rather my head.”

“The work that Epilepsy Action has done to bring people with epilepsy together has been outstanding,” she said. “The thing that is almost underestimated is the impact of bringing together two people who have the same type of seizure and having someone that really understands. Because trying to explain my auras is like trying to explain music to someone who’s never heard it before.”