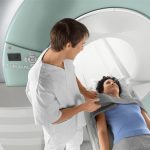 Researchers have outlined the electroclinical features typically associated with bottom-of-sulcus dysplasia (BOSD), the surgical removal of which often cures epilepsy in affected patients.

The characteristics of patients with BOSD included chronic, focal, mainly nonconvulsive epilepsy with highly stereotyped seizures, onset in infancy or early childhood, and a high frequency of seizures but with long periods of remission.

Such features should prompt clinicians to review or repeat magnetic resonance imaging (MRI), with focus on the likely locations of BOSD in the frontal, parietal and insula cortex, say study author A Simon Harvey (The Royal Children’s Hospital, Melbourne, Victoria, Australia) and colleagues.

BOSD is often missed on the initial MRI, they write in Neurology, reporting that it was overlooked in 22% of the 32 patients included in their study.

In an accompanying editorial, John Miller (University of Washington, Seattle, USA) and Jorge Gonzalez-Martinez (Cleveland Clinic Foundation, Ohio, USA) say: “The identification of BOSD may transform a person with drug-resistant epilepsy from a poor candidate for resection, incorrectly presumed to have a normal MRI, into an ideal surgical candidate with lesional epilepsy.”

They add that the likelihood of patients achieving freedom from seizures “is among the highest achieved by epilepsy surgery.”

In the current study, 28 (88%) patients achieved freedom from seizures, with 20 of these having discontinued antiepileptic medication after a median 4.1 years of follow-up. Three of the four patients with persistent seizures had evidence of residual cortical dysplasia, and further surgery is planned, report Harvey et al.

All patients had focal seizures, which occurred both when awake and during sleep. Seizure semiology was varied, with hypomotor/autonomic features being most common initially, but asymmetric tonic features becoming most common as the children aged and started medication.

On electroencephalography, most (81%) patients had focal interictal epileptiform discharges, with many having rhythmic, focal spike-wave, either in runs or almost continuously.

Treatment caused initial prolonged periods of remission in many patients, but they eventually recurred and entered a relapsing–remitting course. During active phases, 72% of patients had multiple seizures per day or night, with seven being admitted to hospital with multiple hourly seizures.

“BOSD is not rare in surgical series, but is often overlooked”, write Miller and Gonzalez-Martinez in their editorial. “All providers who care for patients with poorly controlled epilepsy need to be vigilant, and familiarize themselves with its radiographic features.”