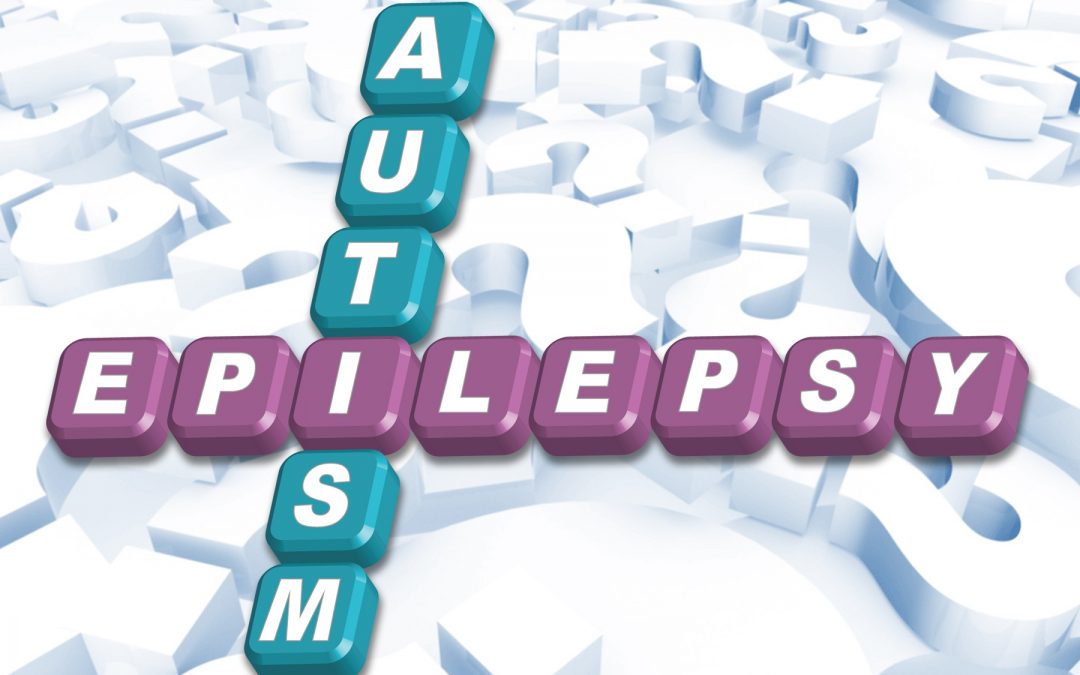 Early-life seizures prematurely switch on key synapses in the brain that may contribute to further neurodevelopmental delay in children with autism and other intellectual disabilities, suggests a new study from researchers at Penn Medicine published online in Cell Reports. Importantly, the study shows that an existing targeted therapy may keep those synapses “silent” after seizures to allow the brain to develop normally during a critical time in a person’s life. “Silent” synapses become active with experience, and removal of the reservoir of these synapses due to seizures results in a decreased capacity to engage these synapses in later learning.

Seizures from epilepsy early on in life have been linked to autism and other disorders—up to 40 percent of children with autism have epilepsy, for instance. However, mechanisms behind that relationship have been less understood. What is known is that early development of the brain involves a series of “critical periods” where synapses tied to learning and language skills are gradually activated. Seizures can lead to learning and cognition issues, past research has shown, but how they affect the critical periods of development remained unknown until now.

“Understanding the precise synaptic changes following seizures gives an opportunity to find treatments that can prevent this early ‘unsilencing,’” said senior author Frances E. Jensen, MD, chair of the department of Neurology and a professor of Neurology in the Perelman School of Medicine at the University of Pennsylvania. “The timing is important: We need to stop it right after the seizures and before a critical period of development in a child’s life so the brain can develop without any problems that may lead to future impairments.”

According to recent estimates from the Centers for Disease Control and Prevention, about one in 60 children in the United States has autism. Up to 40 percent of children with autism and intellectual disabilities also suffer from epilepsy, and approximately 35 percent of children with infantile spasms develop long-term intellectual disabilities, including autism.

In preclinical studies, the team discovered that following induced seizures “silent” thalamocortical synapses in the auditory cortex containing only NMDA receptors switched to “unsilent” synapses with both NMDA and AMPA receptors. Thalamocortical pathways are the main route of sensory information to the cerebral cortex, and the NMDA and AMPA receptors play important roles in learning and forming new memories. This premature activation of the synapses with the additional AMPA receptor is what created a disruption in the auditory synapses days later during the critical period of development in mice, they found.

The researchers induced seizures in mice with pentylenetetrazol, or PTZ, injections and used voltage-sensitive dye (VSD) imaging to monitor, measure, and visualize brain activity in the auditory cortex.

Next, the researchers investigated what impact an AMPA receptor antagonist, an antiepileptic and anticonvulsant drug known as NBQX, would have on the synapses because past studies had shown that inactivation of AMPA receptors with the drug had prevented seizure-induced changes in the neurons of the hippocampus.

In seizure-induced mice, NBQX treatment reduced AMPA receptor enhancement and premature “unsilencing” of the thalamocortical synapses, and also restored synaptic plasticity during the critical period, the researchers reported. Control mice injected with saline after seizures showed impaired synaptic plasticity, which was consistent with the prior observations.

The new findings reveal a mechanism for the relationship between seizures and later-in-life cognitive impairment, as well as a much-needed potential treatment avenue to pursue.
“This is proof of principle that synaptic plasticity is a dynamic target for the treatment of autism and intellectual disabilities that accompany early-life seizures,” Jensen said. “Further exploration will not only gain more insight into the etiology and treatment of autism, but also other neurodevelopmental disorders.”

Source: newswise.com –  Perelman School of Medicine at the University of Pennsylvania