Duchenne May Affect the Brain Too, Study Contends 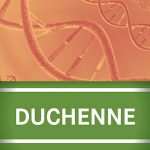 Particularly, those who had epilepsy also had the neurodevelopmental condition attention deficit hyperactivity disorder (ADHD), or the neuropsychiatric conditions obsessive-compulsive disorder, anxiety or sleep disorders.

Since the research, published in the European Journal of Paediatric Neurology, was based only on patient or parent questionnaires, researchers from the Maastricht University Medical Centre in the Netherlands said additional studies are needed to confirm the disease rates and their internal relationship.

The study was titled “Brain-related comorbidities in boys and men with Duchenne Muscular Dystrophy: A descriptive study.”

The research team is not the first to note a link between Duchenne, a disease charaterized by the lack of dystrophin protein, and neurological symptoms. In fact, some researchers have introduced the term “dystrophin-associated neurodevelopmental syndrome” to describe the occurrence of neurological and psychiatric conditions among Duchenne patients.

Earlier studies show that patients with Duchenne more often have lower-than-average intellectual abilities, learning disabilities such as dyslexia, and a higher risk of ADHD or autism spectrum disorder.

To further characterize these abnormalities, the team recruited 228 Duchenne patients across Europe, the U.S., and Australia, with the help of local Duchenne organizations. Study participants had an average age of 13.3 years, with the oldest being 32.5 years.

Patients or their parents completed a online questionnaire to provide information about potential neurological conditions.

To make sure, as far as they could, that a reported epilepsy diagnosis was correct, patients or parents were asked to describe a typical seizure, age of seizure start, seizure types and frequency, electroencephalography (EEG) characteristics, as well as types and responses to anti-epileptic treatments.

Two independent neurologists then assessed the data to confirm whether patients, indeed, had epilepsy.

In the entire group, 17.5 percent had impaired intellectual abilities, defined by an IQ score lower than 85. However, 23.2 percent had no information on their IQ scores.

Neurologists confirmed epilepsy in 7.9 percent of patients, which is far higher than the approximately 1 percent reported for children in general. Since some patients who reported a diagnosis failed to provide enough data, researchers said it was possible that the number of affected patients was even higher.

It turned out that 38.9 percent of those with epilepsy also had ADHD. In patients without epilepsy, the number was markedly lower — 6.2 percent.

Likewise, obsessive-compulsive disorder, anxiety, and sleep disorders were significantly more common among epileptic patients. Other conditions, including dyslexia, dyscalculia (difficulties in understanding and manipulating numbers), and depression were numerically more common, but the differences were not statistically significant.

The team also attempted to link the presence of epilepsy to specific gene mutations, but failed to find any associations.

Nonetheless, since the study was performed online, researchers underscored the importance of addressing these issues in studies that can validate the explored measures.

Such studies may give researchers insight into how the neurological conditions may be linked to Duchenne, and to each other.