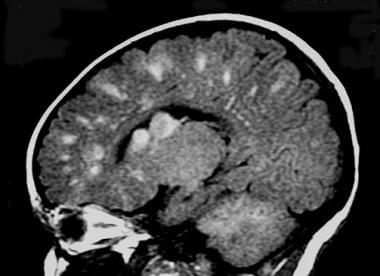 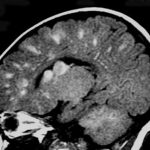 In an international study, the drug everolimus has been shown to significantly reduce the frequency of seizures in patients with treatment-resistant epilepsy an (TSC)—a genetic disease that causes malformations and tumors in the brain and other vital organs.

The phase 3 study, published online in The Lancet, is the latest to show the effectiveness of everolimus in slowing the cell growth that is overactive in patients with TSC.
“The median percentage reduction in seizure frequency was more than 29 percent for patients on a low-dose regimen of everolimus and nearly 40 percent for patients with high-dose regimen to the drug,” says David Franz, MD, founding director of the TSC Clinic at Cincinnati Children’s Hospital Medical Center and the study’s senior author. “At baseline, nearly half of patients had failed treatment with six or more previous antiepileptic drugs.”
The lead author of the study was Jacqueline French, MD, professor of neurology and director of Translational Research & Clinical Trials Epilepsy at NYU Langone’s Comprehensive Epilepsy Center.
The phase III study was conducted among 366 patients with TSC and epilepsy from 25 countries who were randomly assigned to either a placebo, a low dose of everolimus or a higher dose. Patients ranged in age from two to 65.
Serious adverse events occurred in 3 percent of patients who received placebo and 14 percent of those who received a low-dose or high-dose of everolimus. The number of severe adverse events and events leading to discontinuation of the study was consistent with findings of previous studies of everolimus, according to Dr. Franz.
Everolimus has previously been shown to reduce the volume of subependymal giant-cell astrocytomas (low-grade grain tumors and angiomyolipomas (non-cancerous tumors) in the kidneys of patients with TSC. It also has been shown to improve the appearance of skin lesions in patients with TSC.
The same mTOR pathway associated with overactive cell growth in TSC also is implicated in other cancers and neurological conditions, such as Alzheimer’s disease, type 2 diabetes, Parkinson’s disease, Huntington’s disease and autism. This makes everolimus, an mTOR inhibitor, a potential candidate to treat these mTOR-associated disorders, says Dr. Franz.
Nearly 50,000 children and adults in the United States and approximately a million people around the world live with TSC. The TSC Clinic at Cincinnati Children’s is believed to be the largest in the world. The multidisciplinary clinic team follows more than 1,000 children and adults with tuberous sclerosis and manages every aspect of the disorder.
Everolimus is marketed by Novartis, which provided drug and financial support for the study. In addition, several of the study authors are employees of Novartis.
Source: Medical Xpress
Journal reference: The Lancet
Provided by: Cincinnati Children’s Hospital Medical Center