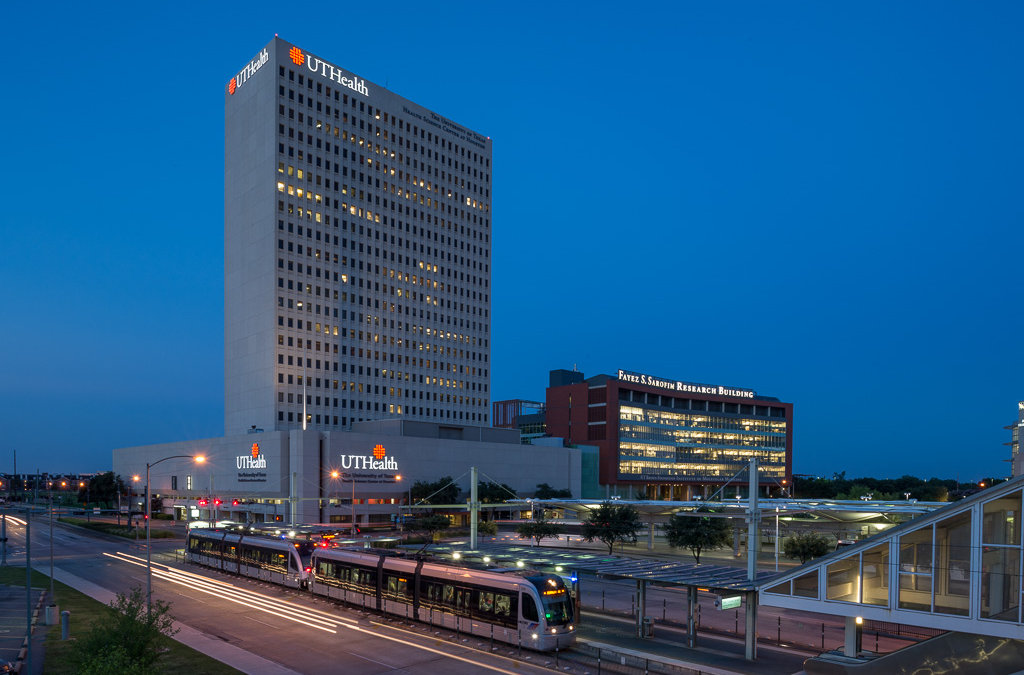 Elisabeth Gentry, 22 and seizure-free, is now driving, working as a full-time nanny, and living independently after her treatment and surgery at UTHealth Houston.

Elisabeth Gentry had experienced auras ever since she was a toddler, but she didn’t learn that the occasional strange tastes in her mouth and feelings of impending doom were epilepsy until 2015, when she was 15 years old and suffered a grand mal seizure.

Regardless, the Tyler native went on to teach yoga, continue singing, and live life normally. She later enrolled at Belmont University, pursuing a degree in music business. However, the seizures worsened and became much more frequent, disrupting Gentry’s everyday life.

“I was having at least one seizure a day every day. They’d last about 45 seconds, I’d drool, and then I’d fall asleep immediately afterward,” said Gentry, now 22. “It got so bad that I decided to drop out of Belmont and stay near my family.”

Gentry visited multiple neurologists who prescribed her different medications in varying doses, but nothing was working. One physician even told her she’d just be epileptic her whole life, which was a tough pill for Gentry to swallow.

But her father wouldn’t take no for an answer. He scoured the internet for epilepsy care and came across the Texas Comprehensive Epilepsy Program, a collaboration between UTHealth Houston and Memorial Hermann-Texas Medical Center. Designated by the National Association of Epilepsy Centers as a Level 4 program, the highest such distinction, the center’s epilepsy surgery program is among the busiest in the U.S., according to its website.

Characterized by seizures beginning in a structure of the brain called the hippocampus or its surrounding area, it is the most common form of focal epilepsy (in which recurring seizures affect one half of the brain), accounting for almost 80% of all temporal lobe seizures.

Lhatoo found abnormal scarring in the hippocampus of Gentry’s brain, explaining the likely cause of her epilepsy. The EMU evaluation confirmed the seizures were probably coming from this scarring or from very close by. It also meant Gentry would presumably benefit from surgery, Lhatoo said.

“The approach is to be minimally invasive so that you’re less likely to disturb the brain structures that are not involved in the seizure genesis,” Lhatoo said. “It’s a myth that we only use 10% of our brain – we use all of it, so the idea is to not damage any part of the brain that doesn’t need to be, especially the areas that control cognition, language and memory.”

Tandon determined Gentry was a viable candidate for the nationwide Stereotactic Laser Ablation for Temporal Lobe Epilepsy (SLATE) trial, which is evaluating the safety and efficacy of a Medtronic-funded device in performing laser ablations in adults with drug-resistant mesial temporal lobe epilepsy. Led locally by Tandon, the study is still recruiting patients at UTHealth Houston.

In August 2020, Gentry underwent a laser ablation surgery of her hippocampus. This partly resolved her issue, but not completely, which led, in January 2022, to stereoelectroencephalography (SEEG) – a minimally invasive procedure in which Tandon placed electrodes in Gentry’s brain to identify the areas where her epileptic seizures were originating – and found that they were coming from her amygdala, a brain structure right next to the hippocampus.

“The amygdala is the emotion nucleus of the brain, where you experience fear, anger, and, to some extent, pleasure. It’s also tied to memory,” said Tandon, who is also the Nancy, Clive and Pierce Runnells Distinguished Chair in Neuroscience of the Vivian L. Smith Center for Neurologic Research. “Elisabeth’s case is a good example of what we do in these slightly more complex cases. Increasingly, laser ablation is becoming one of the most common approaches to this type of epilepsy. Our center is a world leader in epilepsy care, and we have a host of new technologies to address the various causes of epilepsy.”

In February 2022, Gentry underwent a laser ablation of her amygdala. Since the second surgery, she’s been seizure-free.

“One should not tolerate ongoing seizures as a fact of life,” said Lhatoo, who plans to reduce Gentry’s medication starting February 2023. “Patients need a comprehensive, modern-day assessment of their seizures at a Level 4 center because a lot of the time, we can find the causes or locations of the seizures, which can be dealt with via minimally invasive surgery that can lead to the prospect of long-term seizure freedom and total cessation of medication.”

Perhaps no one appreciates that more than Gentry, who is now able to drive and is working as a full-time nanny and renting a house, where she lives with her golden retriever, two cats, and pet turtle.

“I would give my life to these doctors because they literally saved my life,” Gentry said. “I’ve forgotten what it’s like to have seizures, thanks to these brilliant people. Never give up hope, because there is a light at the end of the tunnel.”