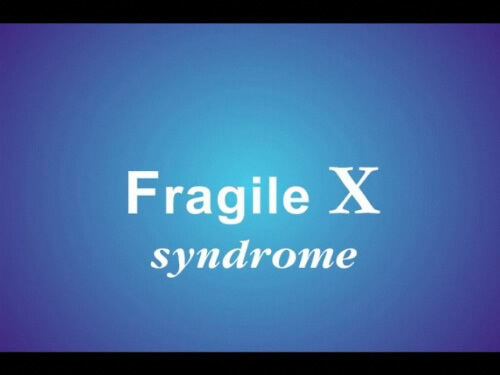 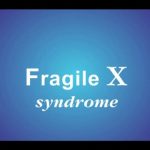 Fragile X syndrome, an inherited cause of autism and intellectual disability, can have consequences even for carriers of the disorder who don’t have full-blown symptoms.

Some carriers may experience social deficits and milder versions of cognitive and behavioral disorders associated with full-blown fragile X syndrome. These include autism spectrum, attention deficit hyperactivity, and mood and anxiety disorders.

Researchers at Washington University School of Medicine in St. Louis have identified a potential target for treatments for fragile X carriers. This population includes 1 million women and 320,000 men in the United States, according to a 2012 study led by the Centers for Disease Control and Prevention.

“Full-blown fragile X syndrome eliminates the body’s ability to make a key brain protein,” explained Azad Bonni, MD, PhD, the Edison Professor of Neurobiology and head of the Department of Anatomy and Neurobiology at the School of Medicine. “In contrast, carriers of the mutation make the protein but produce significantly less of it than people without the mutation. We’ve just identified a potential way to boost levels of this protein. This ultimately could lead to treatments to ease the carriers’ symptoms.”

The findings appear online in Neuron.

The distinction between being a carrier and having full-blown fragile X hinges on the nature of a mutation in the FMR1 gene. The mutation occurs when a portion of the genetic code is repeated erroneously. The protein made by the gene is known as the fragile X mental retardation protein.

If the erroneous repeat of genetic code occurs more than 200 times, it blocks the body from making the fragile X mental retardation protein and causes the full-blown condition, which can impair brain development. This can lead to intellectual and attention deficits, which can be severe, as well as hyperactivity, social anxiety and other problems.

Carriers have versions of the gene with fewer erroneous repeats in the FMR1 gene and develop more subtle symptoms.

Bonni was studying an enzyme known as Cdh1-APC when several clues suggested it might be linked to the fragile X protein. He investigates Cdh1-APC because of its role in shaping the growth and structure of nerve cells.

“Cdh1-APC binds to other proteins in the brain to target them for disposal in a dynamic fashion when their services are no longer needed,” Bonni said. “We’ve shown that Cdh1-APC’s ability to do this is important to the development and structure of brain cell networks, but we also are interested in how it affects synapses, or the connections where nerve cells communicate with each other.”

He and his colleagues knocked out Cdh1-APC in mice and then looked at a single, well-studied synapse between a pair of nerve cells in the hippocampus, a structure of the brain that is important for learning and memory. They found that an adjustment of the signaling process across synapses was changed.

“Nerve cells use a phenomenon called plasticity to encode memory by altering the ease with which they send signals to each other,” he said. “One form of plasticity is called long-termdepression. At the synapse we studied in the hippocampus, this form of plasticity was disabled when we knocked out Cdh1-APC.”

Loss of the fragile X mental retardation protein also is linked to alterations in the form of plasticity called long-term depression. It is linked in a way that suggests that Cdh1-APC might act on the fragile X mental retardation protein. Based on this and other clues, Bonni identified a segment in the fragile X protein where Cdh1-APC binds and marks it for degradation. He and his colleagues showed in experiments in cells and in the mouse brain that the two proteins interact in this fashion.

“If we can find a way to block the interaction between Cdh1-APC and the fragile X mental retardation protein or to block the ability of Cdh1-APC to cause degradation of the protein, that should make more of the fragile X protein available in the brain and reduce some of the symptoms experienced by carriers of this disorder,” he said.