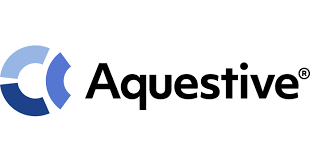 Aquestive Therapeutics announced topline results from the recently completed single dose crossover study that evaluated diazepam buccal film (Libervant) which is under investigation for the management of patients with refractory epilepsy who require treatment to control seizure clusters.

The study confirms the dosing algorithm developed for Libervant, which has the potential to be a first-in-class oral treatment for cluster seizures. Investigators reported that the study met its co-primary endpoints for diazepam maximal plasma concentration, area under the curve, and time to maximal concentration.

“We believe that Libervant can be a major contribution to patient care for refractory epilepsy patients seeking a better alternative to existing therapies or the management of breakthrough seizures,” Keith J. Kendall, chief executive officer, Aquestive Therapeutics, said in a statement. “We believe the results of this study confirm our dosing algorithm and satisfy the final clinical requirement requested by the FDA. We expect to successfully complete the NDA filing this year and bring Libervant to patients in 2020, following approval.”

The study was designed to compare diazepam maximal plasma concentrations from a dose of Libervant and its reference drug, a diazepam rectal gel, and provide the final set of data to confirm the proposed dosing regimen.

Of the 31 subjects enrolled, 28 were included in the primary analysis, and those eligible for analysis were stable on concurrent anti-epileptic medications. Subjects were dosed according to body into 1 of 4 weight categories and were dosed within 30 minutes of the start of a moderate fat meal and monitored for 10 days after receiving each dose.

Investigators reported that 3 patients failed to achieve therapeutic concentrations of diazepam when using rectal gel; there were no failures following administration of buccal film.

The bioavailability of Libervant was comparable or higher than rectal gel for the study population overall and also within each of the 4 weight categories. According to investigators, this finding suggests that an effect of enzyme induction from concomitant medications acted with equal effect on the film and the gel. The time to maximal concentration of Libervant in patients under fed conditions was comparable to results from previous studies of healthy volunteers under fasting conditions.

Aquestive intends to submit a new drug application in the fourth quarter of 2019.