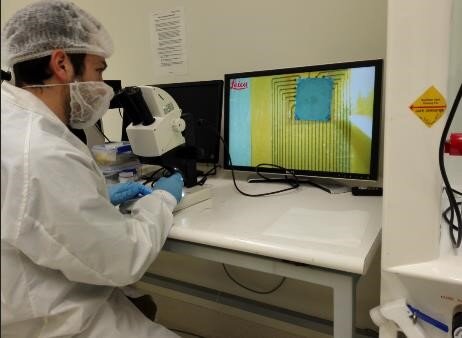 For people with epilepsy, it’s not just the severity of seizures that’s a problem: their unpredictability also takes a psychological toll.

Researchers at the University of Melbourne have developed a brain implant that could be used to predict when an epileptic seizure will occur, and potentially stop it from manifesting.

While there are existing brain implants used for controlling epilepsy, their effectiveness is limited because they can only deliver constant stimulation that modulates the brain’s activity at all times. In many cases, these implants offer no improvement over drugs.

Matias Maturana and colleagues have designed an implant that can instead record brain activity and use the record to predict when seizures will occur. This means the device can activate only when needed, and regulate the amount of stimulation to stop the seizures from occurring.

“The device is made from carbon-based materials,” says Matias, “which means it is biocompatible and safe for carbon-based lifeforms like humans. It has significant advantages over commercial technology, primarily the fact that it is wireless, avoiding the need for wires to protrude from the head.”

The neural implant represents a new generation of brain interfaces with the potential to treat many diseases, Matias believes.

“For example, we envisage it could be used to decode signals from the motor cortex(the part of the brain controlling body movements) and used to control a robotic limb. This would provide independence to those suffering from paralysis.”