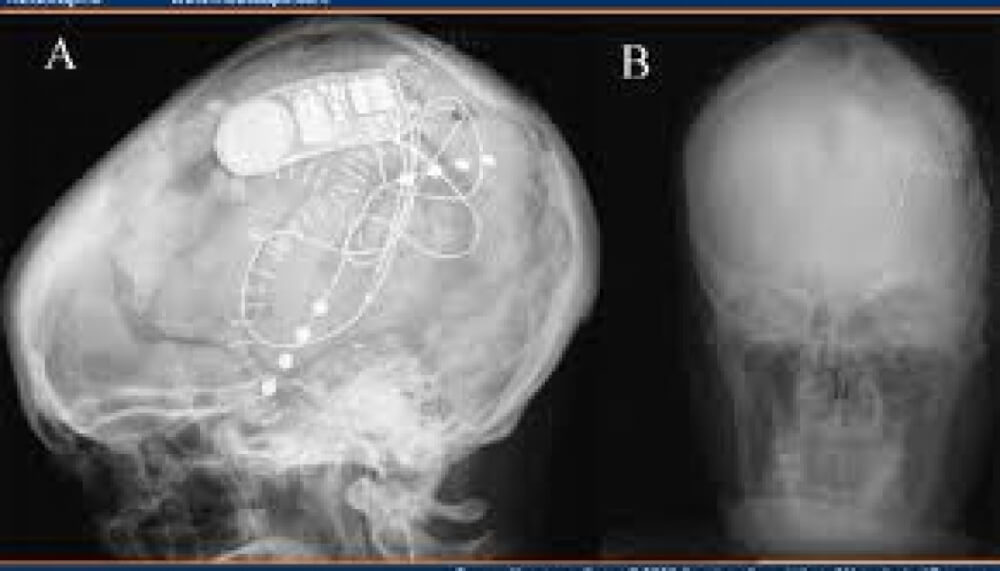 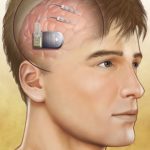 Almost three quarters of patients with medically intractable seizures who received neurostimulation with a novel device called the RNS System (NeuroPace Inc) had sustained seizure reduction at 8 years, new research shows.
Furthermore, the analysis found that almost a third of those receiving the RNS System had at least one 6-month period without seizures and that the treatment remained relatively safe over time.

“This is an intervention that is reversible and modifiable and is completely individualized.”
The findings were presented here at the American Epilepsy Society (AES) 71st Annual Meeting 2017.

The system is an adjunct therapy for adults with refractory partial-onset seizures who have one or two epileptogenic foci. In such patients, the device, which is about the same thickness and curvature of the skull, is implanted in the skull.

Leads from the device have electrodes on one end that are placed near the area of the patient’s seizure onset, explained Frank Fischer, chief executive officer, NeuroPace Inc.

“The system is tuned to look for the patient’s unique electrical signature of onset of unusual activity,” he said.
The system automatically responds to this unusual brain wave activity with imperceptible electrical pulses, preventing epileptic seizures at their source.

Using a remote monitor, patients can download data from the device. The data are collected in a data management system made available to the patient’s doctor to review and analyze. The doctor may then use an external program to fine-tune detection and stimulation parameters, said Fischer.

The device was approved by the US Food and Drug Administration in 2013 after a 2-year feasibility study and then a 2-year multi-center randomized clinical trial. At initial enrolment, the mean age of study patients was 34 years; just under half were female.

Study patients had had partial-onset epilepsy for an average of 20 years and experienced a median of 10 seizures per month.

They were taking an average of three antiepileptic drugs. One third had had epilepsy surgery and a third had had vagal nerve stimulation.

“So they had tried everything,” said Fischer.

About 97% of eligible patients who completed the earlier trials — 230 patients — agreed to enter a long-term trial.

“Patients who had already been treated with VNS [vagal nerve stimulation] were as likely as anybody else to do well with the RNS system,” said Dr Morrell.

The effectiveness was similar for all ages and regardless of where the seizures started, said Fischer.

The system continues to be relatively safe. The risk for infection in the study was 3.8% per neurostimulator procedure. All but one infection was soft tissue only.

Cerebral hemorrhage was reported as a serious adverse event in 2.7% of patients. There were no neurologic sequelae.

Among the deaths of study patients, two were due to suicide, and one each was due to status epilepticus, herpes encephalitis, sepsis, lung/colon cancer, and lymphoma.

Four deaths were due to definite sudden unexpected death in epilepsy (SUDEP), one to probable SUDEP, and two to possible SUDEP.

Although the system is designed for patients with focal epilepsy, “we are starting to think there may well be some opportunity for us to help in the category of generalized onset as well,” said Fischer, but he stressed that’s “something for the future.”

The device has to be replaced every 4 years, said Fischer.

Patients “love” the device because there are no “reminders” of it, such as protruding wires, he said.

Now, clinicians can use a handheld tablet that combines patient information with programming ability.

This, said Fischer, gives them “quicker access” to information, with the data presented in formats that are easily understood and actionable.

What’s “really exciting” about this feature, said Dr Morrell, is that it allows clinicians to compare abnormal brain activity over time and provides “these beautiful graphs” to illustrate changes.

It might, for example, instantly show what happened when a dose was lowered or a medication was switched. Without the system, physicians might have had to wait months until the next clinic visit to get information on the impact of those changes.

The device has been used clinically for about 4 years. To date, an estimated 1500 people have had it inserted at the 130 adult comprehensive epilepsy centers in the United States where it’s available, said Fischer.

“In the epilepsy field, we deal a lot with what’s called the ‘honeymoon effect,’ where you start a seizure medicine and people do well for a few weeks or a few months and then the seizures come back or they get worse again; we are not seeing that here.”

He noted that patients who need MRI are not good candidates for the implanted stimulator because the magnet may interfere with electrical activity.

Dr Geller has been working with the device for about a decade. Some 34 patients in his clinic have had the device implanted.

NeuroPace Inc funded the study. Dr Morrell is chief medical officer and Frank Fischer is chief executive office of NeuroPace Inc. Dr Geller has been a speaker for NeuroPace Inc and has received compensation.