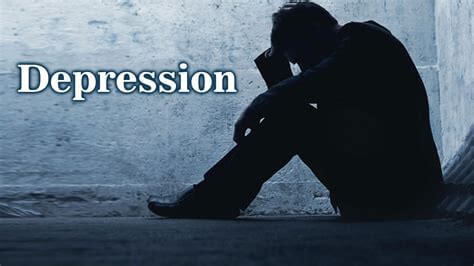 Why does depression make you feel tired?

Depression can cause debilitating fatigue and make the simplest activities, such as getting out of bed, too difficult to manage.

According to a 2018 report, fatigue affects over 90 percent of people with major depressive disorder.

In this article, learn about the link between depression and fatigue, as well as how to cope.

Potential causes of depression fatigue include sleep problems, diet, stress, and even the medications used to treat depression.

Learn more about each cause below:

Sleep is essential for regenerating the body and replenishing energy. Lack of sleep alone may not cause depression, but it does increase risk and can make existing depression symptoms worse.

Even if a person with depression is getting enough sleep, they may not wake up feeling refreshed because the quality of sleep is often lower than that experienced by a person who does not have depression.

Research shows that many people with depression and other mental health conditions, such as bipolar disorder, experience both insomnia and hypersomnia.

Insomnia means having trouble falling asleep or staying asleep. Hypersomnia refers to excessive sleepiness.
Obstructive sleep apnea is another sleep disorder that has links with depression. One 2015 study found that depression is common in people with sleep apnea and that it affects the severity of sleep apnea.

Researchers have long speculated about whether diet affects mental health. One recent meta-analysis looked at multiple studies for a link between diet and depression risk.

The report found some evidence that higher quality diets, such as those that include anti-inflammatory foods, may lower some people’s risk for depression. However, more research needs to be done

A second meta-analysis also associated specific diet patterns with an increased risk for depression. In particular, researchers found that Western-style diets containing red meat, processed meats, refined grains, sweets, and other unhealthful foods may increase the risk for symptoms of depression in some people.

Stress can affect levels of serotonin and dopamine, which are chemicals in the brain that play an essential part in regulating mood and energy.

These stressful life events can include the end of a relationship or close friendship, death of a loved one, significant financial loss, job changes, and health-related events, such as a cancer diagnosis.

The same research suggests that stress can also cause inflammation in the body, which can lead to hypersomnia and fatigue. It may also cause a person to withdraw from social activities and have problems thinking clearly.

Antidepressants work by acting on the brain’s neurotransmitters to help them do a better job of regulating a person’s mood. Some antidepressants, however, can cause significant fatigue.

Chronic fatigue can lead to a more prolonged, severe depression and increased medical costs, according to a 2015 study. The study surveyed 1,982 people with depression, 653 of whom had significant fatigue.

The people with fatigue had greater severity of depression, pain, sleep problems, and anxiety. People with fatigue also reported using more medication, and their socioeconomic status appeared to be lower compared to those without fatigue.

Why do I wake up depressed?

Talking to a doctor

The best way to help deal with depression and fatigue is to speak with a doctor. While other coping methods can help, proper diagnosis and treatment are essential.

A doctor can also help determine whether the fatigue is due to another medical condition, or whether it is a side effect of medications used to treat depression.

If depression medication is the source of fatigue, switching to another antidepressant may help.

Being active can reduce fatigue by promoting better sleep. One meta-analysis found that doing over 20 minutes of low to moderate intensity exercise can increase energy and reduce fatigue.

It can be challenging to eat well if a person is dealing with low motivation and lack of appetite. However, eating foods high in fat and sugar can make symptoms worse by causing blood sugar rushes and disturbing sleep.
Eating foods that promote a good mood and increase energy can help reduce fatigue.

Foods that may help include:

People struggling with prolonged fatigue due to depression should talk to their doctor.

Untreated fatigue can cause a variety of complications over time, including withdrawing from social and work commitments.

Doctors can help treat both depression and fatigue. They can also help a person make lifestyle changes to reduce their symptoms.