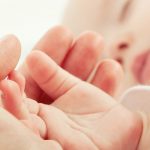 Doctors have several anti-seizure options to treat epilepsy, but little data exists to show which of these treatments is best for children. Nevertheless, according to a recent study on therapies prescribed for children under 3 with epilepsy, doctors in the U.S. appear to prefer Keppra (levetiracetam) as either a first or second option for treatment.

The study notes that when the U.S. Food and Drug Administration (FDA) approves a new medicine, it’s up to clinicians to prescribe that medicine off-label to all age groups. But trials leading to approval of therapies for adults often exclude information about which medications are best for children, says William D. Gaillard, MD, lead author of the study and head of Child Neurology and Epilepsy, Neurophysiology and Critical Care Neurology at Children’s National Health System in Washington, D.C.

Before this study, the general belief was that clinicians had a wider range of epilepsy treatment options with the increased availability of several medications in the past two decades. But wider availability has not translated into a diversified use of therapies, the study found.

“With so many medications and so little data,” Gaillard said in a press release, “one might think doctors would choose a wider variety of medicines when they prescribe to children with epilepsy.”

The next most popular choices by U.S. doctors were Trileptal (oxcarbazepine) and phenobarbitals, followed by Topamax (topiramate) and Zonegran (zonisamide).

Another indicator of Keppra’s popularity with doctors is that 62% of the pediatric patients under study who did not receive Keppra as the first choice received it as the second choice after initial therapy proved ineffective or caused severe side effects, according to the study.

This makes Keppra the most popular first and second choice for the treatment of pediatric epilepsy in 74% of the cases, even though more than 20 anti-seizure medications have been approved.

“This study identifies current practices, but whether those practices are correct is a separate question,” Gaillard said. “Just because a medication is used commonly doesn’t mean it is the best medication we should be using.”

So why is Keppra so popular with U.S. doctors? Gaillard isn’t certain, and data doesn’t yet provide an answer. Gaillard speculated, however, that it might be due to Keppra’s availability in liquid form and because it causes no ill effects and can be administered intravenously.

This trend appears to be occurring only in North America. In a different international survey, Gaillard found that Trileptal and Tegretol (carbamazepine) were the preferred treatments for focal seizures outside the U.S.

Gaillard said more data is needed on the effectiveness of each of these medications in pediatric patients with epilepsy.

“Uncontrolled pediatric epilepsy can have serious consequences, from potential problems in development to a higher risk of death,” Gaillard said. “You want to use the optimal medicine to treat the disease.”