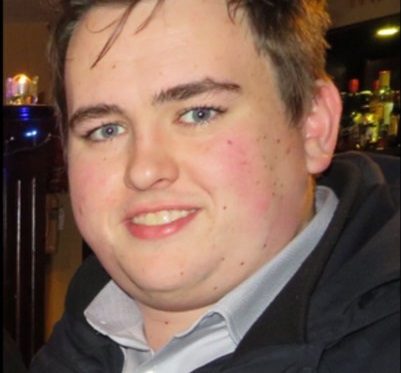 The family and friends of Shane Corrigan, who died in 2018 from SUDEP (sudden unexpected death in epilepsy), will cycle from London to Achill in August to raise funds for SUDEP Action and Epilepsy Ireland.

Shane Corrigan died on 7 January 2018, aged just 23. His sudden death came only three years after he was first diagnosed with epilepsy.

Shane’s mother Margaret Corrigan told The Irish World that neither Shane or the family knew that a seizure could kill Shane and the cycle is intended to raise awareness of the epilepsy’s potential danger as well as funds for charity.

Margaret told The Irish World: “We were never told by anybody that there was a condition called SUDEP.

“The first time we heard the word SUDEP was the night Shane was pronounced dead.

“He had a seizure one night.

“By the time we got to the hospital, he had died.

“Actually there’s a minimum of three people a day, that’s 21 every week, dying in the UK of that condition, and nobody’s talking about it.

“And nobody really talks about epilepsy either.

“It’s one of those conditions that can hit anybody.

“Awareness needs to be raised. I don’t think anybody after Shane died when we said he died of SUDEP knew what SUDEP was.”

Epilepsy is a neurological disorder which affects the brain. It is a tendency to have repeated seizures.

At least two people with epilepsy die in Ireland every week. They are usually otherwise well.

Shane had his first seizure when he was in his second year at Southampton University. He was just 20 when he was diagnosed with epilepsy. With the support from his family and friends Shane learned to cope with the diagnosis and the adjustments he needed to make to his way of life. He could no longer drive, he had to be careful to get enough sleep and he needed to be wary about how much he drank on nights out with friends.

“It was a huge shock.

“He was in second year of uni in Southampton studying politics and economics and one day he had a full blown seizure, came out of nowhere.

“It came out of nowhere. We seen it (epilepsy) as an inconvenience. We never for one second thought it would cost him his life.

“Something like 600,000 people suffer from epilepsy (in the UK) and we never talk about it which is a bit crazy, because we talk about everything.

“And the stigma attached to having epilepsy is still very real.

“Shane would have said, ‘The hardest thing about having epilepsy was telling somebody that you have it because of the way they react towards you.’

“He was incredibly lucky. He didn’t lose any friends because he had epilepsy. I know of people that have lost friends, because they’re saying, ‘I’m not going to go out with them just in case they do have a seizure while I’m with them, what will I do?’

“But it’s a medical condition.

“But nobody said to us, ‘You know there is a risk that you could actually die from a seizure- not from falling and banging your head- from the actual seizure.

“I think it’s relevant to how people deal with somebody having a seizure.

“We just want to raise awareness, raise some funds, maybe that would mean that more research can go into epilepsy and maybe curing it.

“And the only way that’s going to happen is if we had to talk about it.

“Lots of people that are suffering from epilepsy, if they haven’t had a seizure for X amount of time, may decide, ‘Actually, I can stop taking my medication, I’ve not had another seizure’.

“Did anyone tell them that by doing that, they are risking dying?

The cycle will take place 20- 27 August and go from a place in Buckinghamshire that was special to Shane and finish in his final resting place.

Shane was born in Castlebar, County Mayo in 1994.

Shortly after Shane was born, his family relocated to Saudi Arabia, before returning to Castlebar in 1999.

In 2001, Shane moved to Buckinghamshire, UK with his Mum Margaret/Peggy, his dad Kevin and his little sister Megan.

The bike ride’s starting point is Harewood Downs Golf Club (UK), where a tree has been planted in his memory. Harewood Downs was a place that Shane spent many an hour practising his swing and working in the club house.

The team will leave Harewood Downs Golf Club on 20 August and arrive in Achill Island where he is buried on 27 August 2022.

There will be a special launch night for the charity endeavour at Nell’s music venue, West Kensington on Saturday 30 April.

Margaret also points out that will there is a lack of knowledge here in the UK, there is an even further lack of facilities in Ireland.

“People that suffer with epilepsy in Ireland don’t have the same access to stuff that you would have in the UK.

“In the UK, there’s an app you can get. But that doesn’t exist in Ireland because they don’t have the funds for it.

“And that’s what we’re cycling for. So that they will have the funds for it.

“It’s massively important to get people to talk about something that they don’t talk about, and just to raise the awareness.”