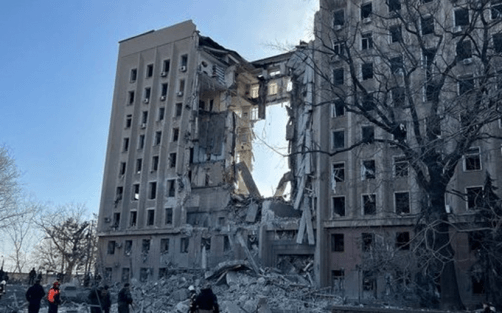 Crisis response in Ukraine: National and international efforts to secure medication and care for people with epilepsy

On 24 February 2022, a full-scale, terrible war broke out in many directions at once in Ukraine. In addition to military targets, this war has caused widespread destruction of civilian infrastructure. The health care system has not been spared and suffers from damage and destruction to facilities, the medical supply system, and logistics. While some regions have lost medical resources, other regions have been overwhelmed with an influx of victims of the hostilities.

Supply chains for antiseizure medications (ASMs) have deteriorated significantly; in some regions, where hostilities are most active, delivery has almost stopped. This has caused large deficits of medication in all regions of Ukraine.

These war-related problems in supplying medications required an extremely quick solution. To assess the actual needs for ASMs in Ukraine as a whole, we needed to know how many people had epilepsy in the country, and the approximate proportion of the different medications taken by adults and children, as well as the need for drugs for emergency care.

The ILAE Emergency Response (Ukraine) Task Force decided that the Ukrainian chapter of ILAE would conduct a survey of its members, who could be quickly contacted to establish approximate proportions of different medications commonly prescribed in Ukraine. The survey was conducted over the phone among epileptologists (pediatric and adult) for 2 days, with the maximum possible coverage of various regions of Ukraine. Phenobarbital was not analyzed, due to the impossibility of importing large quantities. ASMs that comprised less than 1% of total use were not included, as the main aim of the rapid consultation was to develop an understanding of the major ASM needs. The survey results appear in the tables.

Most commonly used antiseizure medications in adults in Ukraine

Most commonly used antiseizure medications in children in Ukraine

This survey provided only preliminary and approximate data on the spectrum of ASM prescriptions in Ukraine, but comparing this analysis with the population of Ukraine and the average prevalence of epilepsy in Europe made it possible to quickly assess the need for ASM humanitarian help for Ukraine during this war, even taking into account the inevitable migration in and out of the country to escape the hostilities and destruction.

There has been a significant internal displacement as well as external migration of civilians, including patients with epilepsy. This massive shift in population greatly complicates the provision of targeted care to patients. In addition, it has been impossible to assess the state of medical care provided to patients in different regions of Ukraine.

To understand in more detail the needs of both patients and epileptologists, we created an online survey for physicians, patients and their relatives throughout Ukraine. The survey was disseminated through clinical networks and social media. This made it possible to roughly estimate needs, although of course it would not solve this problem.

From the first days of the war, many foreign organizations, medical centers, and individuals offered their help with medicines, but it was difficult to establish logistics. On behalf of Ukrainian patients, we would like to express special gratitude to the Polish clinic NEUROSPHERA Epilepsy Center and the head of its medical team, Dr. Piotr Zwolinski. At the beginning of the war, Dr. Zwolinski organized significant humanitarian aid for ASMs, and organized a hub to collect donated ASMs and deliver them to Lviv. In Lviv, we organized an ASM distribution hub to other regions of Ukraine. Thanks to this channel, many patients received the necessary treatment in the first days of the war, and it is still the most effective and easiest way to distribute medications.

The timely involvement of ILAE was very important. Several very constructive meetings of the ILAE Emergency Response (Ukraine) Task Force made it possible to increase the amount of assistance to Ukrainian patients who remained in Ukraine, to find new sources of humanitarian aid, and to coordinate the efforts of many ILAE chapters from countries accepting Ukrainian citizens fleeing the horrors of war. Detailed information has been collected and coordinated and updated on where Ukrainian patients can apply for help in different countries. Such cooperation is extremely important both for increasing ASM humanitarian aid for Ukrainian patients and for Ukrainian doctors, who understand and appreciate the international support at this difficult time for Ukraine.

The methods of delivery to the different areas were quite different. After conferring with recipients, we gave ASMs to humanitarian convoys of other cargo, or to convoys of the Ukrainian army. Members of the Ukrainian League Against Epilepsy controlled the receipt and distribution of ASMs, through a small hub in a large affected region (Kharkiv), with the cooperation of volunteers and volunteer convoys, among others. Each humanitarian cargo had its own way of distribution.

During a crisis it will be extremely useful to find or create foundations that could accept financial resources, which can then be used to quickly acquire the necessary assistance with much simpler logistics. This approach was also implemented by the Ukrainian League Against Epilepsy.

In conclusion, it should be noted that a public organization cannot replace the health care system, but it can still significantly affect the quality of medical care, especially at the beginning of a war or other crises.

I would like to thank everyone who has provided, is providing and will provide help to us and also to make a request. Our cities are being demolished, and the structure and system of medical care has suffered. Please continue to help us, as we need help with medications, equipment, education, and in many other ways. We appreciate and look forward to such help.

Founded in 1909, the International League Against Epilepsy (ILAE) is a global organization with more than 125 national chapters.

Through promoting research, education and training to improve the diagnosis, treatment and prevention of the disease, ILAE is working toward a world where no person’s life is limited by epilepsy.