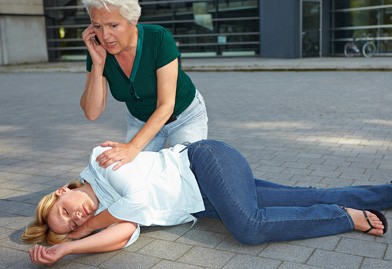 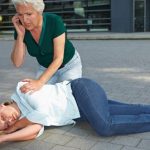 Differentiating between syncope and seizures, a relatively easy task, is not quite so simple in the Emergency Departments. Transient loss of consciousness can occur from seizure or syncope, and the emergency clinician must distinguish between the two general conditions, especially if it’s the patient’s first episode, and direct the appropriate initial evaluation and follow-up. If one concludes that the event was syncope, it’s usually from a cardiovascular event, and some can be serious or even fatal – (and not epilepsy).

If one believes that the episode was caused by a seizure, neurological testing and consultation is required. That would seem to straightforward, but 10-20 percent of patients diagnosed as having a seizure do not have a seizure disorder but rather a cardiovascular event that caused transient loss of consciousness. A seizure resulting from syncope is termed convulsive syncope, and seizure activity occurs in up to 20 percent of episodes of syncope. Seizures can result from an occult cardiac etiology, and some causes, such as an episodic arrhythmia, can escape elucidation in the ED. Basic ED labs and an ECG, even an outpatient EEG, are not always sensitive enough to differentiate seizures from syncope. Long-term ECG monitoring, as well as tilt table testing, are some tools that can further reveal the origin of the transient loss of consciousness. The commonly used short-term Holter cardiac monitor is a popular intervention but of minimal actual value.

Most clinicians would simply believe the diagnosis if a patient comes to the ED with loss of consciousness and gives a history of prior seizures. He would then check the anticonvulsant level, adjust any necessary derangements in the drug levels, and send the patient on his way. We usually add another drug or attribute seizures to noncompliance. As it turns out, a significant number of patients who are told they have a seizure disorder actually do not. This may be one reason we see patients on anticonvulsants who continue to seize. It’s important to take a good history to distinguish seizure from syncope with the hope of getting the patient directed to the right consultant.

It appears that the task of distinguishing seizure from syncope was a challenging assignment even 25 years ago. The authors noted that the major befuddlement is whether the patient had a seizure and needs to be treated with anticonvulsants or if he had a decrease in cerebral blood flow that caused syncope, followed by brief seizure activity. These authors rightly stated the ECG can be helpful but is not always, and prolonged cardiac monitoring, which was not available when this was written, may be required.

These authors said the history may be a cornerstone for the diagnosis. Tonic-clonic movements do represent a seizure, whether from a true neurological event or convulsive syncope. Usually those with convulsive syncope lack the tonic phase, and have only a few seconds of a clonic movement disorder, but it is difficult to differentiate epilepsy on history alone, especially when details of the event are only available from a nonmedical bystander. The authors studied 94 consecutive patients to ascertain the nuances of seizure versus syncope and to investigate which aspects of the clinical history or other findings helped ferret out the two entities.

Patients were gleaned from general practitioners’ practices, emergency departments, and inpatient units. None of the 94 patients was lost to follow-up, and the mean period of follow-up was 15 months. All patients had an ECG and an EEG. The mean age was 45.

All 94 patients had a witnessed event, and eventually these authors concluded that 41 had seizures and 53 had syncope. Interestingly, syncopal episodes outnumbered seizures. A seizure was diagnosed if an eyewitness observed more than a few seconds of clonic movements. These authors said a seizure was more likely if a patient had an aura, such as a funny smell or taste, prior to loss of consciousness. Any automatism, such as lip-smacking or tongue-biting, also classified the event as a seizure. The best discriminatory finding was orientation, and these authors found that a seizure was five times more likely than syncope if the patient was disoriented after the event.

Generalized epilepsy was eventually diagnosed in only 17 percent of the patients. About 34 percent had partial epilepsy, and a few patients had brain tumors or a meningioma. Some seizures were also related to alcohol withdrawal. The causes of syncope were most likely hyperventilation or a vasovagal event, micturition, or severe coughing. Only three individuals were found to have true cardiac syncope. The authors concluded that their data proved the clinical uncertainty of attempts to differentiate seizure from syncope accurately.

Comment: The results of this rather old study are not particularly helpful to the emergency physician, and they clearly underscore the difficulty of definitively differentiating seizure from syncope. It’s a clinical guess in some cases, and often the cause of syncope is never found. But it is interesting that about half of those sent to a seizure clinic actually had syncope. The study relied on eyewitnesses for information that could be used to differentiate a seizure from syncope. It is important to note that incontinence was more likely to be associated with syncope than seizure. Other characteristics that argued for seizure were disorientation after the event, tongue-biting, and aching muscles. Clinical findings that had no diagnostic value are listed in the table.

These authors found that seizures were more likely in those under 45 and less likely in those over 45. Most clinicians seem to agree that foaming at the mouth, biting the tongue, and prolonged disorientation argue for a seizure, and events such as sweating or nausea before the loss of consciousness tend to predict something such as a vasovagal cause. Bradycardia might cause prodromal symptoms while ventricular fibrillation would likely cause no sensations prior to collapse. Remember, think VF, not epilepsy, if an ED patient with chest pain suddenly has a seizure.

Although this article was helpful and often referred to in reviews, I believe it has relatively minimal value to the clinician. Most of our patients have no eyewitnesses during attacks, but it would be reasonable to include some of these criteria if an observer were available to speak to the clinician. The use of long-term cardiac monitoring, albeit not often done, has been useful in clarifying cardiac-related syncope. The yield of a 24-48-hour Holter monitor, which is frequently used after an ED evaluation, is actually quite low. Prolonged monitoring, up to a few months, with external loop recorders offers much greater sensitivity.

As with most studies, more than one third of patients with syncope had no identifiable cause. This is discouraging because about 30 percent of those with syncope from a cardiovascular event have one-year mortality of up to 30 percent.

The seemingly simple quandary of differentiating syncope from seizure in the ED is actually quite difficult, often impossible, and complex. The clinician’s diagnosis is often incorrect or inconclusive based on the minimal and low-yield tests available in the ED. Admission to the hospital for more exhaustive testing is preferred, but often not done in today’s environment of simple short-term observation or deferring to outpatient testing.

Ref: Transient Loss of Consciousness: The Value of the History for Distinguishing Seizure from Syncope