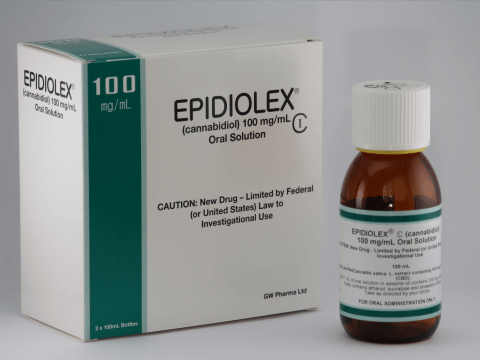 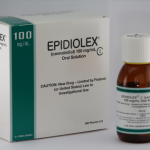 GW Pharmaceuticals plc, a biopharmaceutical company focused on discovering, developing and commercializing novel therapeutics from its proprietary cannabinoid product platform, has announced that it has commenced a Phase 3 clinical trial of Epidiolex® (cannabidiol or CBD) as an adjunctive therapy for the treatment of seizures associated with Tuberous Sclerosis Complex (TSC), a rare genetic disorder, the most common symptom of which is epilepsy. Epilepsy occurs in around 80-90% of TSC patients and is a significant cause of morbidity and mortality. TSC is the third indication that GW is targeting within its Epidiolex clinical development program, which includes four Phase 3 pivotal trials in Dravet syndrome and Lennox-Gastaut syndrome, both rare and catastrophic forms of childhood-onset epilepsy. On March 14, 2016, GW announced positive results from the first of these pivotal trials in Dravet syndrome.

“We are pleased to announce the start of this pivotal clinical trial of Epidiolex in TSC, which follows the recent positive results from our trial in patients with Dravet syndrome. Our decision to evaluate Epidiolex in TSC is based on findings from the physician-led Epidiolex expanded access program, which found that TSC patients reported reductions in seizure activity,” stated Justin Gover, GW’s Chief Executive Officer. “With the commencement of this trial, GW’s Epidiolex development program now encompasses three rare epilepsy indications with pivotal trials fully underway. GW is committed to establishing Epidiolex as a new therapy to address the significant unmet need among patients who have few treatment options.”

“In patients with TSC, epilepsy is common, presents early and can become more difficult to treat over time. The results of our open-label study of Epidiolex in children with TSC have been very encouraging and we are excited to begin this important placebo-controlled clinical trial,” stated Elizabeth Thiele, MD, PhD, Director, Pediatric Epilepsy Program at Massachusetts General Hospital, Director, Herscot Center for Tuberous Sclerosis Complex and Professor of Neurology, Harvard Medical School and Principal Investigator of the trial. “As one of the largest TSC treatment centers in the country, our focus has always been on finding new and innovative solutions that improve the lives of people living with TSC.”

At the 69th Annual Meeting of the American Epilepsy Society in December 2015, safety and efficacy data on 10 patients diagnosed with TSC from the physician-led open-label Epidiolex expanded access program were presented by Massachusetts General Hospital for Children (Geffrey et al 2015) on Epidiolex treatment of refractory epilepsy in these patients. The percent of patients who reported a 50% or greater reduction in seizures were 50%, 50%, 40%, 60% and 66% at 2, 3, 6, 9, and 12 months of treatment with Epidiolex, respectively. Side effects were seen in five patients (50%) and most were resolved with anti-epileptic drug or CBD dose adjustment.

This single Phase 3 dose-ranging trial is a 16-week comparison of Epidiolex versus placebo in a total of approximately 200 patients, aged one to 65, to assess its safety and efficacy as an adjunctive anti-epileptic treatment. The primary measure of this trial is the percentage change from baseline in seizure frequency during the treatment period. Primary endpoint seizures include focal motor seizures with or without impairment of consciousness or awareness and generalized convulsive seizures. Several additional efficacy and safety secondary outcome measures will be analysed. Following completion of the study, patients may be eligible to receive Epidiolex through a long term open-label extension study.

To obtain information about this clinical trial or eligibility criteria, the treating physician should contact: medicaldirector@gwpharm.com

Tuberous Sclerosis Complex (TSC) is a genetic disorder that causes non-malignant tumors to form in many different organs, with the brain and skin being the most commonly affected tissues. There are approximately 50,000 in the United States and nearly 1 million people worldwide estimated to have TSC1. Epilepsy is the most common presenting symptom in TSC and is also the most common medical disorder in TSC. Up to 80 to 90% of individuals with TSC will develop epilepsy during their lifetime, with onset typically in childhood. The majority of children with TSC have onset of seizures during the first year of life, and up to one third of children with TSC will develop infantile spasms. Almost all seizure types can be seen in individuals with Tuberous Sclerosis Complex, including tonic, clonic, tonic-clonic, atonic, myoclonic, atypical absence, partial, and complex partial. The seizures are often severe, and up to two-thirds of TSC patients do not respond adequately to available medical therapies. There are significant co-morbidities associated with TSC including cognitive impairment,autism spectrum disorders, and neurobehavioral disorders in individuals with TSC.2

Epidiolex, GW’s lead cannabinoid product candidate, is a liquid formulation of pure plant-derived CBD, which is in development for the treatment of a number of rare pediatric epilepsy disorders. GW has conducted extensive pre-clinical research of CBD in epilepsy since 2007. This research has shown that CBD has significant anti-epileptiform and anticonvulsant activity using a variety of in vitro and in vivo models and has the ability to treat seizures in acute animal models of epilepsy with significantly fewer side effects than existing anti-epileptic drugs. To date, GW has received Orphan Drug Designation from the U.S. Food and Drug Administration (FDA) for Epidiolex in the treatment of both Dravet syndrome and Lennox-Gastaut syndrome. Additionally, GW has received Fast Track Designation from the FDA and Orphan Designation from the European Medicines Agency for Epidiolex for the treatment of Dravet syndrome. GW is currently evaluating additional clinical development programs in other orphan seizure disorders.