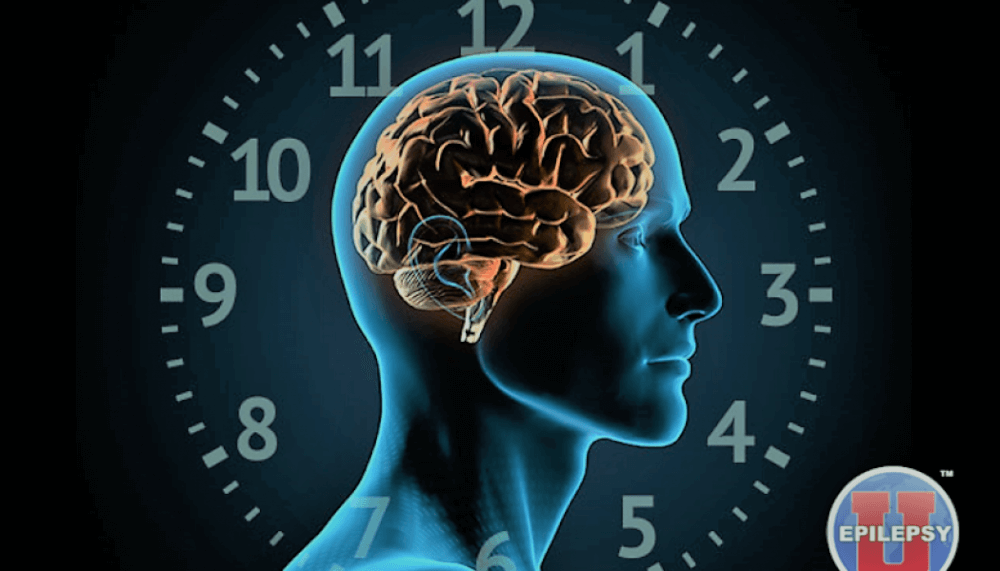 Results of a recent study suggest that seizure cycles are robust, patient specific, and more widespread than previously understood. They align with the accepted consensus that most epilepsies have some diurnal influence. Variations in seizure rate have important clinical implications. Detection and tracking of seizure cycles on a patient-specific basis should be standard in epilepsy management practices.

Epilepsy has long been suspected to be governed by cyclic rhythms, with seizure rates rising and falling periodically over weeks, months, or even years. The very long scales of seizure patterns seem to defy natural explanation and have sometimes been attributed to hormonal cycles or environmental factors. The study aimed to quantify the strength and prevalence of seizure cycles at multiple temporal scales across a large cohort of people with epilepsy.

This retrospective cohort study (group of people) used the two most comprehensive databases of human seizures (SeizureTracker [USA] and NeuroVista [Melbourne, VIC, Australia]) and analytic techniques from circular statistics to analyze patients with epilepsy for the presence and frequency of multitemporal cycles of seizure activity. NeuroVista patients were selected on the basis of having intractable focal epilepsy; data from patients with at least 30 clinical seizures were used. SeizureTracker participants are self selected and data do not adhere to any specific criteria; we used patients with a minimum of 100 seizures. The presence of seizure cycles over multiple time scales was measured using the mean resultant length (R value). The Rayleigh test and Hodges-Ajne test were used to test for circular uniformity. Monte-Carlo simulations were used to confirm the results of the Rayleigh test for seizure phase.

The study used data from 12 people from the NeuroVista study (data recorded from June 10, 2010, to Aug 22, 2012) and 1118 patients from the SeizureTracker database (data recorded from Jan 1, 2007, to Oct 19, 2015). At least 891 (80%) of 1118 patients in the SeizureTracker cohort and 11 (92%) of 12 patients in the NeuroVista cohort showed circadian (24 h) modulation (Your circadian rhythm is basically a 24-hour internal clock that is running in the background of your brain and cycles between sleepiness and alertness at regular intervals. It’s also known as your sleep/wake cycle.) of their seizure rates. In the NeuroVista cohort, patient 8 had a significant cycle at precisely 1 week. Two others (patients 1 and 7) also had approximately 1-week cycles. Patients 1 and 4 had 2-week cycles. In the SeizureTracker cohort, between 77 (7%) and 233 (21%) of the 1118 patients showed strong circaseptan (weekly/ 7 day) rhythms, with a clear 7-day period. Between 151 (14%) and 247 (22%) patients had significant seizure cycles that were longer than 3 weeks. Seizure cycles were equally prevalent in men and women, and peak seizure rates were evenly distributed across all days of the week.

There are also cycles in our body governed by hormonal and metabolic activities, like body temperature, sleep and appetite. Longer biological rhythms exist too, like the menstrual cycle, breeding and hibernation.

It is not surprising that so many interwoven cycles can affect human disease in complex ways. Epilepsy is particularly sensitive to metabolic cycles with seizures known to be provoked by poor sleep, heat stress, alcohol consumption, exercise, changes in mood and even the weather.

Hundreds of years ago, neurologists documented their patients’ seizure times and found reliable patterns that, for some people, were repeated daily, weekly and monthly.

The cause of these cycles was not clear and the cause of longer cycles remained particularly mysterious. For some women, seizures appeared to be linked to menstruation; however, monthly cycles were also common in men.

Understanding seizure cycles, and being able to forecast when they will occur, has profound implications for better treatment of epilepsy.

We have conducted the largest study of seizure cycles in humans and our research, published in the Lancet Neurology, provides conclusive evidence that multi-day cycles exist for most people with epilepsy.

A major finding from our study is the high rate of seizure cycles in the population which means that cycles could potentially be affecting the treatment of most people with epilepsy.

We still do not understand the causes of seizure cycles and it is difficult to replicate early studies of multi-day seizure cycles because reliable, longitudinal data of individuals’ seizure times is not typically collected.

Early studies were conducted in a world where people travelled less or lived in closed epilepsy colonies where it was much easier to obtain complete records of a person’s seizure times over decades.

More than just a ‘bad week’

Nowadays, people with epilepsy may report having a ‘bad week’ at the start of each month, a cluster of seizures every 10 days, or other cyclic patterns. However, while anecdotal evidence of long-term seizure cycles is abundant, experimental proof is lacking.

Our study was based on two of the largest databases of human seizures ever recorded. The first dataset is from 15 people with epilepsy who were implanted with a device to continuously recorded their brain signals for up to three years.

The second dataset is a non-invasive, online record of peoples’ seizure times reported via a mobile app.

The implant data provided an extremely accurate, objective account of seizure times since seizures were directly verified from brain activity. App data is based on self-reporting so is more subjective, but reflects a large and diverse cohort of over 10,000 people reporting for up to 10 years.

We measured the strength of cycles from periods of 12 hours to three months. A majority (86 per cent) of people had at least one significant cycle
Circadian or 24-hour cycles were most common at 83 per cent, however 23 per cent of people had a seven-day cycle. A quarter of the participants also had at least one cycle that was longer than three weeks.

The existence of a precise seven-day cycle in over one fifth of the cohort was staggering. These weekly cycles suggest human brain activity is entrained to an artificial seven-day week in addition to our brain’s well-documented synchrony with the 24-hour light cycle.

The weekday that most seizures occurred was unique to the individual and, across the population, no day of the week was ‘worse’ than any other day. Like many researchers before us, we also found that longer cycles were equally common in men and women.

So what are the implications of our findings?

Failing to account for multi-day cycles could lead to inconsistent treatment decisions.

For instance, if medication changes were made at the high point of someone’s cycle there would be a perceived benefit because afterwards seizures would begin to decrease.

After the low point of the cycle however, seizures would begin to increase and the drug would seem to be performing badly. Similarly, tracking seizure cycles during clinical trials is important to properly measure the effectiveness of a new drug.

Perhaps the most exciting aspect of this research is that cycles were measured from self-reported mobile seizure diaries. By developing the right software, we can immediately begin using the information from seizure cycles to improve treatment outcomes.

The main aim of my research is to develop a seizure forecasting app and this study is an important step towards that goal. At our start-up company, Seer, we have developed Beagle Health Tracker, an app that detects the different cycles that modulate individuals’ seizures and present this information graphically.

Users can track where they are in a particular cycle, explore the different associated risk levels and schedule medication to align to their unique rhythms. The next step is to incorporate additional data to build a more nuanced picture of an individual’s seizure likelihood.

One important data source available soon is brain signals recorded from outside the skull. Recently our team, lead by Professor Mark Cook, announced that a trial of Minder, a sub-scalp implant device, will begin in Melbourne as early as next year. Devices like Minder are anticipated to revolutionise seizure forecasting.
However, it is important to begin the data collection process now.

Our investigation has taught us that tracking seizure times can reveal rich patterns that can be used to build better forecasts and make a real difference to how people manage epilepsy.

Source: The Lancet & The Pursuit By P. Karoly, University of Melbourne