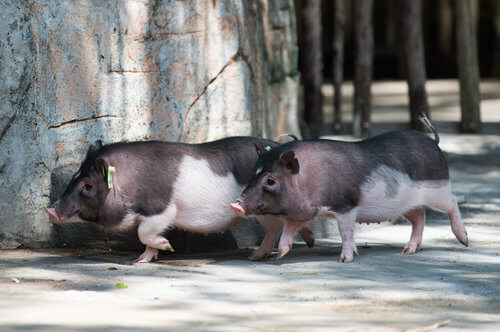 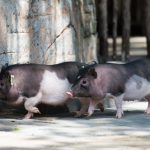 When Yuan Yingjin turned 54 on March 10, he had two unusual presents: some yeast chromosomes and acclaim in China’s national news.

That day, research into assembling four synthetic yeast chromosomes, completed by his Tianjin University research team and scientists at Tsinghua University and BGI-Shenzhen, was published in the famous journal Science.

The achievement made China the second country after the US capable of designing and building eukaryotic genomes.

Yuan’s team contributed more than any other to the findings, constructing two synthetic active chromosomes by exactly matching the synthetic genome with the designed sequence for the first time.

“Synthetic yeast chromosomes will facilitate studies on chromosome abnormity and repair of the genome, providing models for research and treatment of medical challenges such as epilepsy, cancer, mental disability and aging,” Yuan said.

A chemical engineering major, Yuan recalls the completion of the world’s first human genome sequence map in 2000 and thinking that life sciences were set to take off.

The same year, the Internet also began to rise in China. Today, China’s online landscape is huge with its rising Internet companies, innovation and the world’s largest web population.

After reading many foreign academic papers and visiting labs at the world’s leading universities, Yuan focused on synthetic biology, which, he thought, would provide solutions to energy shortages, pollution and diseases.

However, few people shared his vision a decade ago. “Many doubted that synthetic genomes had a future,” Yuan said. “They misunderstood it as copying, but it is actually about redesign.” He spent years persuading other scientists and officials to invest in the field.

US scientists also faced skepticism at that time. Jef Boeke, professor of biochemistry at New York University, launched a synthetic yeast genome project in 2007, aiming to modify the yeast genome.

Brewer’s yeast has long served as an important research model because its cells share many features with human cells, but are simpler and easier to study.

By 2014, Boeke’s team had assembled their first yeast chromosome. But it took more than 60 researchers seven years.

He invited other US labs to join the project, but they showed little interest. “I did try, but people thought it was impossible, crazy, a waste of money,” Boeke told Xinhua in an e-mail interview.

In 2010, American researchers implanted a synthetic genome in a bacterium, marking the first step in the chemical synthesis of live organisms.

The same year, Boeke began seeking help from abroad, to contribute expertise and to shoulder the substantial costs.

In 2010, China overtook Japan as the world’s second largest economy. In the 12th Five-Year Plan for National Economic and Social Development (2011-15), synthetic biology was given top scientific priority.

In 2011, Yuan joined the project, and helped Boeke to build a consortium that attracted scientists from Britain, France, Singapore and elsewhere. Yuan and his team undertook the job of assembling two chromosomes. A year later, he successfully applied for national funding.

The study laid a foundation for the design and building of more complex cells of multi-cellular organisms, including animals, plants and fungi.

Yuan compares his synthetic chromosomes study to “constructing a building.” Before joining the project, Chinese scientists had mainly focused on the “bricks” or DNA. “We didn’t have the confidence and courage to think about building the foundations,” Yuan said.

In the past five years, Yuan has sent many exchange students from Tianjin to US universities to learn synthetic technology, and brought the “Build-A-Genome” course to China.

“It was not a one-way flow of information at all,” said Boeke. “Chinese scientists also brought some great ideas to us, such as the study documented in Science.”

Xie Zexiong, 27, faced a predicament in 2014 when he and other researchers failed to find what was killing the synthetic genome. At first, he thought it was incorrect manipulation. But after 18 months of testing and building, he found the problem lay in the original design, which lacked a DNA sequence.

US scientists were skeptical until they did the test themselves. His discovery was then applied to synthesizing other chromosomes.

“Since then their skepticism of Chinese students appears to have evaporated,” said Xie.

Yuan attributes the success of his team to hard work and global cooperation. “We would struggle to do it alone, even with 10 times as much financial support.”

“Chinese teams learned from others’ experiences at first, but also worked hard and contributed to the whole study. Because of this, we won the respect around the world.”