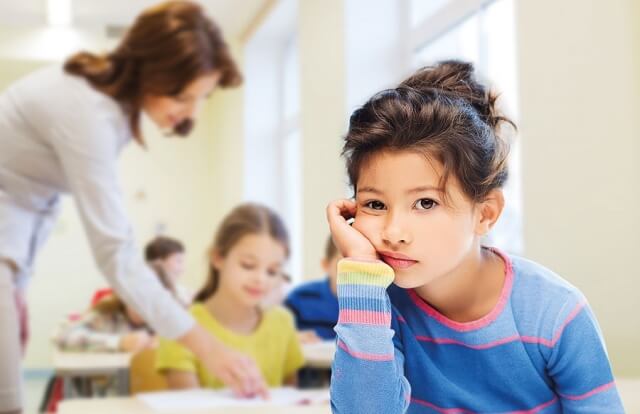 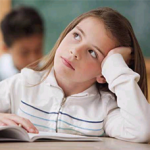 Childhood absence epilepsy (CAE), a syndrome that occurs in 1 out of 1000 children, is one of the most common types of early childhood (first decade) seizures. A classic CAE scenario may be that of a little girl who has just started kindergarten and has periods of “blanking out” every day. Her teacher calls out her name, but she does not respond. She sometimes blinks her eyes a few times and is back to “normal” in about 20 seconds. The teacher alerts the parents, who then make an appointment to see the pediatrician. Typically, the parents report never noticing these episodes at home.

It is important to distinguish CAE from partial epilepsy. The terms “absence epilepsy” and “partial epilepsy” are erroneously used as synonyms for each other—not only by parents, but also by health care professionals. There are differences, however. Partial epilepsy is characterized by the presence of an aura. A spell lasts longer than one seen in CAE and  classically produces focal changes on electroencephalogram (EEG). Medications used most often to treat partial epilepsy (oxcarbazepine or tegretol, for instance) can worsen CAE and precipitate an episode of absence status epilepticus. Distinguishing between these conditions is vital in order to guide families appropriately regarding treatment and prognosis.

The purest form of CAE is easily recognized, responds well to treatment, and carries a good prognosis. Here are 5 pointers that are useful to keep in mind when managing a child who has CAE:

1. Many children with CAE are misdiagnosed as having attention deficit disorder (ADD)/attention deficit hyperactivity disorder (ADHD). This is based on their frequent bouts of inattention and staring. These spells, known as “simple typical absences,” usually begin when the child is age 5 to 9 years old and are frequently first noticed by a teacher.1 Other clinical features may include automatisms, which take the form of chewing movements of the mouth, eye fluttering, or picking at clothes or hair (“complex typical absences”). A child may have numerous episodes per day, which interferes with his or her learning and ability to process information.

The spells last for approximately 3 to 30 seconds.2 There is no post-ictal state, and the child resumes normal activity right away. An articulate child might describe a time loss. Because these spells are not dramatic, they tend to pass unnoticed by parents and other caregivers for a long time.

Typical absences can also occur in other epilepsy syndromes, such as juvenile myoclonic epilepsy. Therefore, the diagnosis of CAE is based not only the classic seizure type, but also on a specific electroencephalogram (EEG) abnormality.

2. EEG is crucial to establishing a diagnosis of CAE. The classic pattern is a generalized 3 Hz per second spike and wave tracing. There are no focal spikes on the recording.

When EEG is not readily available, ask the child to hyperventilate for 45 to 60 seconds and observe for seizure. No other type of epilepsy produces this type of predictable response to hyperventilation. Failure to induce a seizure after 2 to 4 minutes of hyperventilation puts the diagnosis of CAE in question.

3. The drug of choice for children with typical absence events is ethosuximide.3 The most common starting dose is 10 to 20 mg/kg of body weight, taken in 2 divided doses. For maintenance, the child can take up to 40 mg/kg/d, not to exceed 500 mg/d. Ethosuximide is available in liquid and pill forms. Common side effects include anorexia and drowsiness; liver toxicity and drug rash are less common.

Valproic acid and lamotrigine are options when seizures are refractory to ethosuximide and when CAE is associated with atypical absences or generalized convulsions. Valproate is available as a liquid, sprinkle, capsule, and pill. Starting and maintenance doses are 20 and 60 mg/kg/d, respectively. Common side effects of valproate include abdominal discomfort, nausea, and weight gain. Valproate causes neural tube defects, so teenage girls must be monitored especially closely.

Lamotrigine is available in chewable and pill form. It is usually started at 0.5 mg/kg/d, divided in 2 doses, increasing to a maximum of 5 to 10 mg/kg/d, depending on whether the child is also taking other antiepileptic medications. Stevens Johnson syndrome is a rare but dreaded complication of lamotrigine treatment. It occurs in 0.8% of children who are between the ages of 2 and 16 years.

Treatment with anti-epileptic medications should be continued until the EEG normalizes and there are no clinical events for at least 2 years.

4. CAE is not associated with structural abnormalities on magnetic resonance imaging (MRI). Because of this, imaging is unlikely to be helpful in typical cases of CAE. Nonetheless, recent technology using blood oxygen level dependent imaging and functional MRI techniques have documented altered connectivity between different regions of the brain.5 This helps us understand why CAE is not necessarily a “benign” epilepsy syndrome. In fact, aberrations in language, cognition, and behavior have been described in a subset of these children. Teachers and parents should be informed of these comorbid conditions and should also understand the benefits of early neuropsychological testing, followed by appropriate educational intervention.

5. Remission rates up to 90% have been reported in the literature. Many children grow out of their seizures by puberty. Prognosis is poorer in children who: require more than 1 drug to control their seizures; have generalized convulsions in addition to typical absences; and have atypical EEGs.6