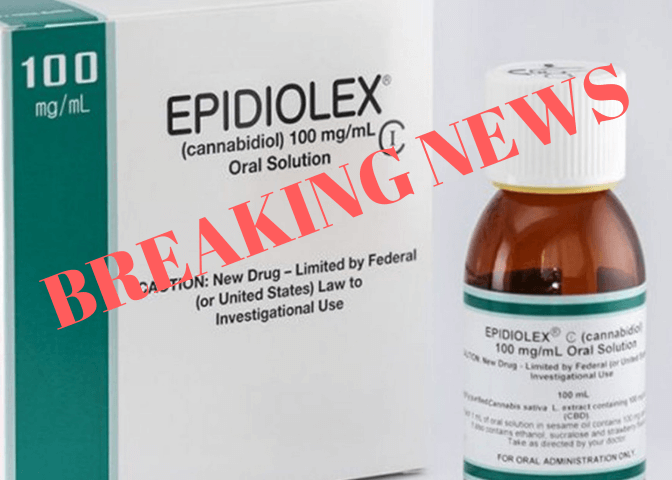 Scientists have used a cannabis-based drug to reduce seizures in children with a rare form of epilepsy, according to a new study.

The participants involved in the study had Dravet syndrome, a form of epilepsy that affects one in 500 children with the condition. It is among the most resistant forms to currently available drugs.

Last year, the Food and Drug Administration approved the drug Epidiolex for children above the age of 2 with Dravet syndrome and Lennox-Gastaut syndrome, another rare form of epilepsy that can also cause seizures and learning and behavioral problems. It marked the first time the FDA had approved a drug containing a purified substance from marijuana, as well as the first treatment for Dravet syndrome in the U.S.

Study co-author Dr. Ian Miller of Miami’s Nicklaus Children’s Hospital told Newsweek this new study shows that a lower dose of 10 milligrams per kilogram of body weight, taken daily, is as effective as the 20 mg/kg per day dose researched in a 2017 paper. It is therefore the second randomized, double-blind clinical trial showing that Epidiolex is effective at treating seizures associated with Dravet syndrome.

Researchers treated 199 children with Dravet syndrome using a drug containing cannabidiol, an ingredient found in the cannabis plant that is not psychoactive. The children, who had an average age of 9, were treated with 20 mg/kg per day of cannabidiol or 10 mg/kg per day. A third group acted as the control and received a placebo. The children had already tried and not responded to four epilepsy drugs and were using three additional drugs on average.

The research was what is known as a Phase III clinical trial, where an experimental drug is given to humans to test its effectiveness and safety. The resulting data is used by the Food and Drug Administration when considering whether to approve a drug for use in the U.S. The findings were published in the journal Neurology.

“I personally was surprised to see such a robust treatment effect of the lower dose. Side effects are less frequent at the lower dose, and this study justifies trying patients on the lower dose first, to assess efficacy and tolerance,” Miller told Newsweek.

“The biggest impact is that it supports the FDA’s decision to approve cannabidiol to treat seizures associated with Dravet syndrome and Lennox-Gastaut syndrome [on the basis of two other studies] in June 2018,” Miller said.

“Because these studies led to FDA approval, it means that patients in every state in the U.S. will have legal access, even at the federal level, and can request insurance coverage for these medications, just like they do with any other medication,” he said.

Miller said in a statement: “It’s exciting to be able to offer another alternative for children with this debilitating form of epilepsy and their families.” He went on to caution that upping doses to above 10 mg/kg per day “should be carefully considered based on the effectiveness and safety for each individual.”

Children with Dravet syndrome are usually first hit with seizures, accompanied by high temperatures, between the ages of 6 and 10 months. Often children will experience attacks that cause stiffness and jerking on one side of the body, although both sides can be affected. They can happen seemingly at random, day or night. Seizures can last up to 30 minutes, and longer in some cases.

As the child develops, he or she may find it harder than most to speak or walk and will have learning difficulties. Due to legal restrictions on cannabis around the world, it has been difficult for scientists to research the drug for its medical benefits. However, growing evidence suggests that cannabidiol can be used to treat certain types of epilepsy.