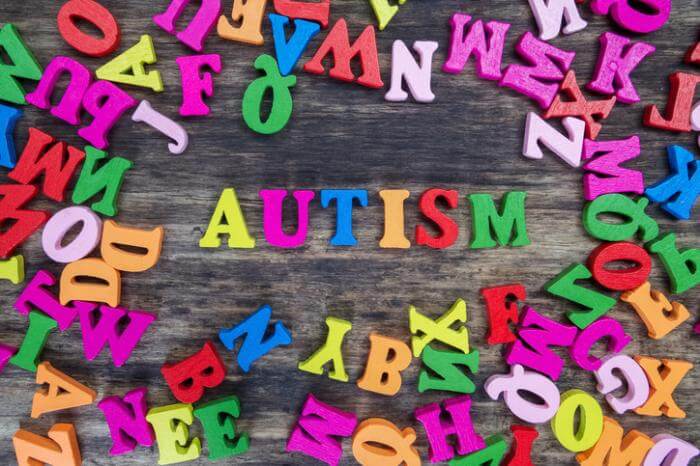 Cerebrospinal fluid may be an early marker for autism, according to the latest research.
Autism is a developmental condition that impacts an individual’s ability to interact and communicate with others.It is estimated to affect around 1 in 68 children and occurs across all socioeconomic, racial, and ethnic groups.

Currently, it is possible to diagnose autism in a child at the age of 2, but many diagnoses do not occur until much later. Despite much research, there is still no conclusive biomarker for autism.

Cerebrospinal fluid (CSF) is a colorless fluid that surrounds the brain and spinal cord. The latest findings show that levels of this fluid could potentially predict autism.

CSF acts as a physical buffer to protect the brain from jolts. Until relatively recently, this was thought to be CSF’s only role. However, recent studies have shown that CSF also acts as “a filtration system for byproducts of brain metabolism.” As brain cells fire, they produce toxic products such as inflammatory proteins. The CSF filters out these compounds regularly, replenishing itself around four times per day.

A study conducted in 2013 – carried out by Mark Shen, co-lead of the current research – looked at CSF and its relationship with autism. The findings, published in Brain, showed that babies who went on to develop autism had significantly more CSF than babies who did not go on to develop the condition.

However, the study included just 55 babies, only 10 of which went on to develop autism. To investigate this interaction further, when Shen joined the University of North Carolina (UNC) School of Medicine, he joined forces with Dr. Joseph Piven from the Infant Brain Imaging Study to investigate the relationship further.

For the latest project, the researchers enrolled 343 infants. Of these, 221 were considered at high risk of developing autism because they had an older sibling with autism. Children with brothers or sisters with the condition are around 14 times more likely to develop autism themselves. At 24 months, 47 of the children received an autism diagnosis. MRI scans of the children who developed autism were compared with scans of those who did not.

During follow-up, the team found that the CSF remained elevated at the 12- and 24-month marks. Children who developed the most severe cases of autism had 24 percent more CSF at the 6-month scan. These increased levels of CSF were also correlated with poorer gross motor skills, including limb and head control.

“We can’t yet say for certain that improper CSF flow causes autism. But extra-axial CSF is an early marker, a sign that CSF is not filtering and draining as it should. This is important because improper CSF flow may have downstream effects on the developing brain; it could play a role in the emergence of autism symptoms.”

As David G. Amaral, director of research at the University of California-Davis MIND Institute says: “That there’s an alteration in the distribution of cerebrospinal fluid that we can see on MRIs as early as 6 months is a major finding.”

Overall, the team found that the increase in CSF could predict which babies would go on to develop autism with 70 percent accuracy. Of course, while there is still room for improvement and CSF is unlikely to be the only factor involved, this is a positive step toward making advanced diagnoses.

Shen says: “In the future, this sort of CSF imaging could be another tool to help pediatricians detect risks for autism as early as possible.”

Although this study is the largest to date and the results are significant, further investigation will be needed. Having an earlier predictor of autism would be a valuable tool. Intervening at the earliest opportunity can help to prevent regression of social skills and communication in some cases.